Cinema always leaves you with some form of emotional experience, whether you come out skipping down the street, thinking that life is lovely, or sobbing into a tissue but very rarely does it make you feel infuriated. That is precisely how I felt after witnesses Nicolas Winding Refn’s follow-up to Drive. I had sat through 90 mins of the most pretentious, brutally violent nonsense and yet, for some reason, I couldn’t hate it.

Julian runs a boxing club in Bangkok that is a cover for drug smuggling. Working alongside his brother, Billy, the pair have escaped the US to keep their underworld business going. Then Billy rapes and kills a 16-year-old girl. The impact of his actions leaves him dead by the hands of her father, encouraged by a sadistic police officer, Chang, who in turns cuts the father’s arm off with a hatchet samurai sword. Julian’s world is then turned upside down when his mother arrives, grieving and seeking revenge.

To me, Drive was the best film of 2011. In fact, I would go so far as to say one of the best movies this decade. An ultra-cool, violent thriller that really put Winding Refn on the map as a director certainly to watch. Well, we are watching, and he has followed it up with a visually striking if a somewhat bizarre film that looks like a reject from David Lynch but without the black humour.

Corridors, lit in red, are slowly moved down, entering rooms of blue and yellow. Even the daylight looks like a neon nightmare. It is brilliantly shot and lit by cinematographer Larry Smith, and it makes Bangkok feel like a strange land, a world where every corner is another brutal dreamland. You cannot but applaud this impressive visual flair, something that Refn showed in his previous films.

What is so perplexing is the plot and the characters. This is a wafer-thin revenge thriller that relies on strange people doing violent things. When I say brutal, it’s almost pornographic how extreme it is. Whenever Chang pulls out his deadly sword, you know that we are going to be witnessing something hideous and horrific. To the point that most of the audience I saw it with were watching through hand-covered eyes. Some scenes are the most shocking I have seen in a while, including a character being tortured that will turn your stomachs.

Then there are the performances. Ryan Gosling has become one of the coolest actors around. After his stint in Drive, he was dubbed the new Steve McQueen. He spoke very little dialogue in that film. Here he hardly speaks at all. In fact, all he really had to do is turn up because his Julian doesn’t say much, doesn’t do much and doesn’t even react to anything. With 22 lines of dialogue, this is as minimal as you could get in a talkie.

Kristen Scott-Thomas, however, couldn’t be more vocal, in a role that is so far extreme from anything else she has done before. As the mother from hell, donned with long, blonde hair and a mouth that is fouler than a sweating armpit, Scott-Thomas is almost unrecognisable. It once again proves what an outstanding actress she is, being able to turn her hand at nearly anything. 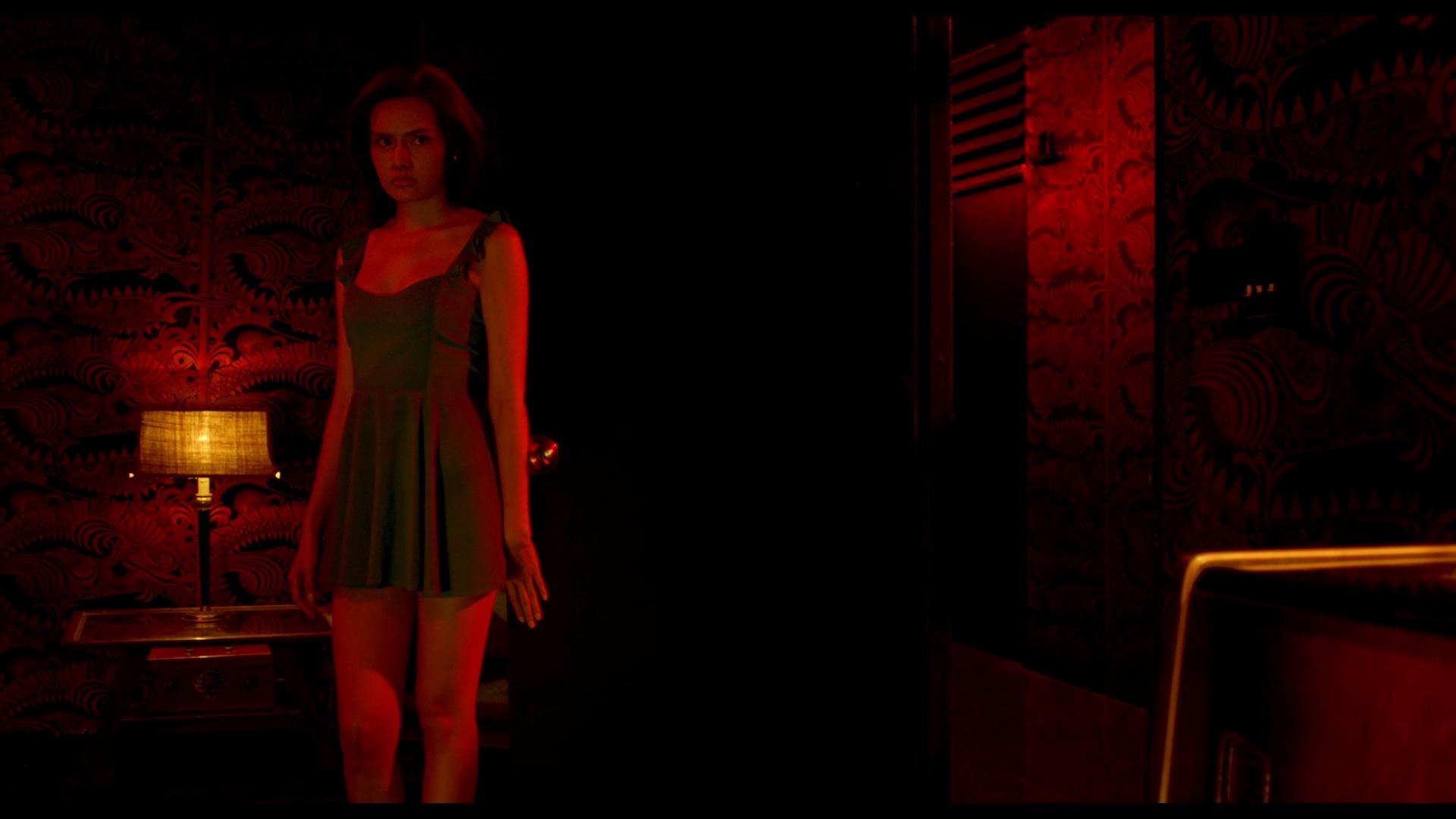 The real star of the show is Vithaya Pansringarm. As the sadistic Chang, with a love for karaoke, he wanders around the film with a quiet air of menace, and after the first few minutes of his appearing, you know you are in the presence of a man who is a killing machine but not in a subtle way. It’s a towering performance and one that will go down as the evilest of all screen villains.

There seems to be nothing moral about this film. Only Julian appears to have any moral judgement. Yet he runs a boxing club that doubles as an underworld drug ring and enjoys the company of a prostitute. So morally, he is ambiguous.

The other question is that I am not sure who this film will attract. Too bizarre for mainstream multiplex cinema-goers, which it is being advertised to and far too violent for the art-house crowd, it’s a film that baffles even after you have seen it. I wish I could hate it, I really do. It would make reviewing it far much more straightforward. Instead, I am in a state of confusion. It’s not a bad film. It’s a beautifully produced work, yet it left me cold. I guess you could say this film is going to be like Marmite. I love Marmite, but I’m not sure I love this. Or did I?