On the night of the Oscars came the sad news that one of Hollywood’s most versatile actors, Bill Paxton, sadly and suddenly passed away.

After starting life as an extra, making a well-known splash as a punk in The Terminator, Paxton went on to be a favourite as a supporting actor, often making such an impression that he would almost steal the film from under the noses of his lead stars. It was his turn as Private Hudson in Aliens, that turned his career around, leading to a starring role in the cult classic Near Dark.  Paxton’s star rose even further when he ended up playing opposite Tom Hanks and Kevin Bacon in Ron Howard’s Apollo 13.

It was time for Paxton to take the lead, which he did in the disaster movie, Twister, followed with big roles in action films like Mighty Joe,  Vertical Limits and U-571. Paxton found further success on TV in the drama Big Love, and in recent years, popped up in supporting roles in Edge of Tomorrow and Nightcrawler.

Here, as a tribute to Mr Paxton, is my top ten favourites. Rest In Peace, Private Hudson.

Although one of my least favourite movies, it has to be said the most interesting part of this three-hour epic are the modern day sequences in which Paxton leads a team to examine the sunken boat. If James Cameron had made that the whole movie, I would have been a happy man.

As Ilan Michael-Smith’s overbearing elder brother, Chet Donnelly, this was one of Paxton’s first major roles, in the film about two geeky boys who create a woman in the form of Kelly LeBrock. John Hughes’ comedy allowed Paxton to show his comedic arm as well as impressing with his over-the-top laugh. 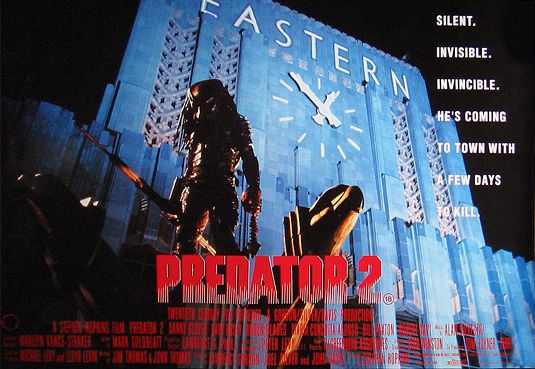 Having a sequel to a Schwarzenegger film without Schwarzenegger is always a bad mistake, yet if it wasn’t for Paxton’s mouthy cop, this monster heads to the city follow-up to the 1987 smash would have been a complete flop. Instead, Paxton’s wise-cracking was similar to the character he created in Aliens. If Hudson had a brother…

A terrific independent drama about a group of liberals who meet to discuss issues and put the world to rights until Paxton’s fascist, Neo-Nazi arrives and causes such a stir that the meals become something very different. With a cast including Cameron Diaz, this impressive tale allows Paxton to play unlikable without going into melodrama. Paxton earned top billing in Sam Raimi’s underrated thriller about three people who discover millions of dollars in lost cash but their morals and greed get in the way of their simple plan. Billy Bob Thornton and Bridget Fonda also star in this darkly comic tale.

Paxton almost stole the whole film from under Schwarzenegger’s nose as the smiley, car dealer Simon, who tries to trick Jamie Lee Curtis into believing he was a spy.  Although not the biggest role of Paxton’s career, he makes the most of it, having tons of fun along the way.

Kathryn Bigalow’s low-budget modern-day vampire thriller is a real treat, as Adrian Pasdar discovers a family travelling the deserts after one of the clan has bitten him. Paxton provides the comic relief as the cocky, cheeky thug in this stylish and imaginative reinvention of a well-worn horror creation.

Sharing top billing with Helen Hunt, this modern-day disaster movie relies on the amazing special effects to keep our attention, yet it is Paxton and Hunt’s relationship and their performances that help keep this grounded and not just another FX film. The first movie released on DVD in the UK.

Paxton hit the big time starring alongside Tom Hanks and Kevin Bacon as Fred Haise, one of the astronauts caught up in the nightmare mission-gone-wrong, in Ron Howard’s impressive drama. The three stars work perfectly in tandem with each other to make this a thrilling and nail-biting tale of bravery.

The film that really put Paxton on the map. As Private Hudson, he, along with the band of marines sent to a distress signal on a mining colony, only to discover a host of aliens, he brought some well needed light relief to an otherwise exciting and roller coaster of a ride. Game Over!