The end of another decade and as we move into the twenties, time to look back at last year’s cinematic efforts. It was a year in which Disney became dominant at the box office, with seven of the ten biggest movies being released by the studio. Women played a massive part in the changing face of movies, which is evident in my own top ten, with women taking leads in seven of my ten films.

Has it been a good year? While the Summer disappointed, elsewhere it produced some exceptional films. Just outside my top ten were Joker, Stan and Ollie, Amazing Grace, Apollo 11, Sorry We Missed You, Midsummar, I Lost My Body, Rocketman, Pain and Glory, Wild Rose, Toy Story 4 and Star Wars: The Rise of Skywalker.

This year’s list includes a film produced by Netflix and I think it’s time to start embracing the streaming services, even though Curzon cinemas have a hold over the distribution of Netflix productions. Movies like The Irishman and The Two Popes, which both almost made it into the top twenty, played an important part in me giving way to the whole idea that films by the streaming services are TV movies. Maybe next year they will dominate, particularly if Disney +, which hits the UK in March, start producing movies.

Anyway, enough of my waffle, here are the ten films that entertained me the most in 2019.

Rian Johnson’s answer to the critical mauling of The Last Jedi is to produce this fun whodunit, played out as a modern Agatha Christie. Daniel Craig, allowing himself to lighten up, led an all-star cast, all of which were enjoying themselves far too much, in this sharp and witty film. Actress Olivia Wilde’s debut as a director is a hilarious tale of friendship as Kaitlyn Dever and Beanie Feldstein score highly as students about to leave high school, who decide for one night, to let themselves go. Gross-out humour is perfectly balanced with a heart. Sadly the audience didn’t attend but hopefully, word-of-mouth will give it another life on streaming and DVD.

Another debut feature, this time for actor Bo Burnham, with this painfully real tale of a girl in Eighth Grade. Elsie Fisher is terrific as Kayla, the awkward girl trying to find her place in the world. Heartbreaking, funny and accurate, it too was ignored in the box office but hopefully will find an audience at home.

Greta Gerwin’s second feature as writer and director is a magnificent adaptation of Louisa May Alcott’s famous novel which not only looks beautiful but is brimming with terrific performances from the cast, especially Saoirse Ronan and Florence Pugh, who seemed to have the best year with films Midsommar and Fighting With The Family also under her belt. Charming, funny and incredibly moving.

6. Can You Ever Forgive Me?

Melissa McCarthy is on cracking form as a down-on-her-luck writer who finds a way of making money by forging letters from famous authors. This comedy-drama included brilliant support from Richard E. Grant and the pair make for an appealing double act. 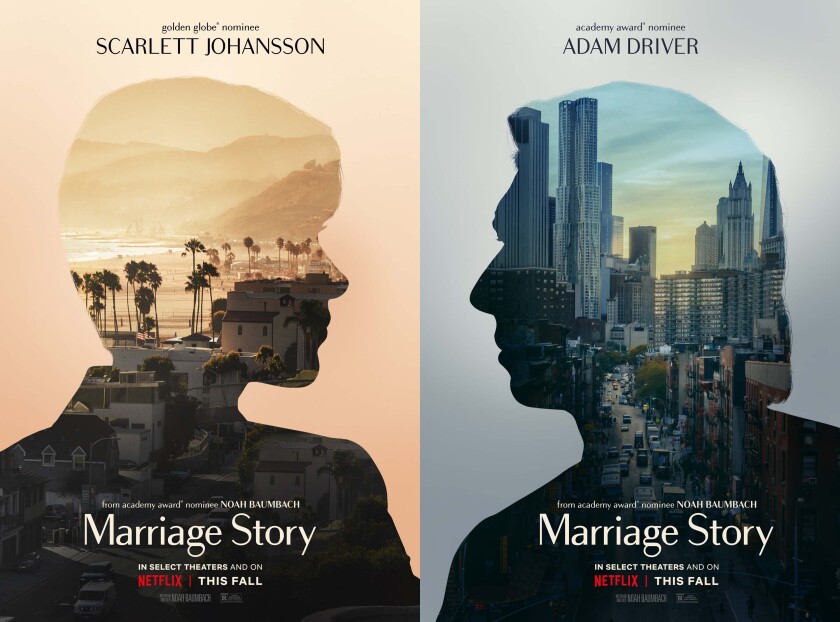 A Netflix production of Noah Baumbach’s heartbreaking tale of a couple slowly breaking up. Adam Driver and Scarlett Johansson are fantastic as the couple, with strong support from Laura Dern and Alan Alda. A tough watch but worthy of awards, particularly for the leads.

Olivia Coleman deservedly won the Oscar for Best Actress as Queen Ann in this bizarre, often hilarious tale of two women fighting to be the favourite to her majesty. Rachel Weisz and Emma Stone also star in this film that has stayed with me ever since seeing it at the beginning of the year.

Jordan Peele continued his success after Get Out with this creepy tale of doppelgangers. Lupita Nyong’o proved her acting chops as the woman confronted with a past she never had. Atmospheric and with a terrific twist, I look forward to what Peele produces next.

The final part of Infinity War, has Iron Man and the original Avengers desperately trying to find a way of getting revenge on Thanos. A three-hour epic that cleverly breaks the film into three parts, leading to the ultimate battle. Manages to mix comedy with excitement and tears all round.

1. Once Upon A Time In Hollywood

My love/hate for Quentin Tarantino turned to pure admiration with this fairy tale set in Hollywood in 1968. Leonardo DiCaprio is superb as a former movie star desperately trying to find his footing in a world that has forgotten him. Brad Pitt has never been better as his stunt double and while this is a wordy film, the final act is both brutal and wish-fulfilment of the highest order. I could have watched this again right after seeing it.