Quick quiz. Name as many famous scientists as you can? Some may say Einstein. Some Newton. You might have even said Dr Brian Cox. I’m guessing quite a few said Professor Stephen Hawking. (Probably because you saw the name of this film). He is, without a doubt, one of the world’s most famous scientific minds. But how many really know the story of the man. This documentary, narrated by Stephen Hawking himself, tells us his story in his own words.

A man who has proven time and time again that he is one of life’s fighters, it tells of his upbringing, of his failed marriages, his unique talent and thought progress behind his legendary book, A Brief History of Time and his battle with Motor Neuron Disease.

Stephen Finnigan’s film covers every aspect of Hawking’s life but doesn’t give us a full insight into his theories and ideas. Most are mentioned but quickly glossed over and while his story is interesting, it just needed that extra information to feel almost complete. We get some idea of how he copes day to day with his debilitating illness, that doctors believed would kill him at a young age but now at 70, he has defied the medical profession and how his position has led to development in communication devices.

What did seem a little tacky is the section that covers his brush with celebrity, from conversations with Steven Spielberg and his animated self in The Simpsons. A sequence involving Jim Carrey looks out of place in this film.

Hawking is obviously a genius and he does come across as a man full of humour. Its an interesting story and one that fans of the man will enjoy enormously. It is also a fitting tribute to a man who has made science and the ideas of space and time more accessible for Joe Public to appreicate and enjoy. Does it work as a piece of cinema? No. It looks too ordinary and would probably be more suited viewed on TV. 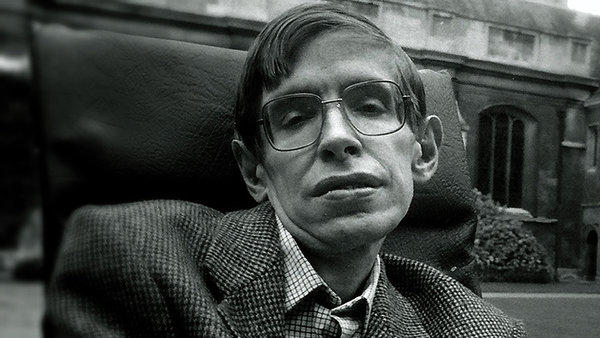 This is not to say that it shouldn’t be viewed, just that if you did see it in the cinema, you might come out fully informed but the cinematic art form hasn’t exactly been pushed to the boundaries.