Before I get right into the rant that I feel coming on, I have to say that I know I don;’t fit the demographic that this film is aimed at. Having said that, if I did fit the target audience, mainly women, I would be feeling pretty insulted by now that this is the best that Hollywood can offer you as entertainment: a rehashed story-line that is unbelievably unbelievable set in a land of impossibles littered by women acting like they are five years old. And who said that entertainment was dead…it’s just not very well!

Carly Whitten is a high-powered lawyer from New York who thinks she has met the man of her dreams, Mark. Almost dumping him because he let her down on a date, Carly decides to surprise him by paying him a visit, only to discover that opening his front door is Kate…his wife. Both women feel betrayed, Kate handling it tougher than Carly and decides to lean of the lawyer to help her seek revenge. Little do both women know that he’s been cheating on them with a younger model.

Even as I sit here writing this review, I am shaking my head in disgust. This so-called comedy is so vile and empty-headed, I am surprised it was given the green light to be made. Nothing about this film is remotely funny. It’s borrowed humour from superior films that heads down the same revenge and men-hating that The First Wives Club did so much better (and I wasn’t a massive fan of that, either). 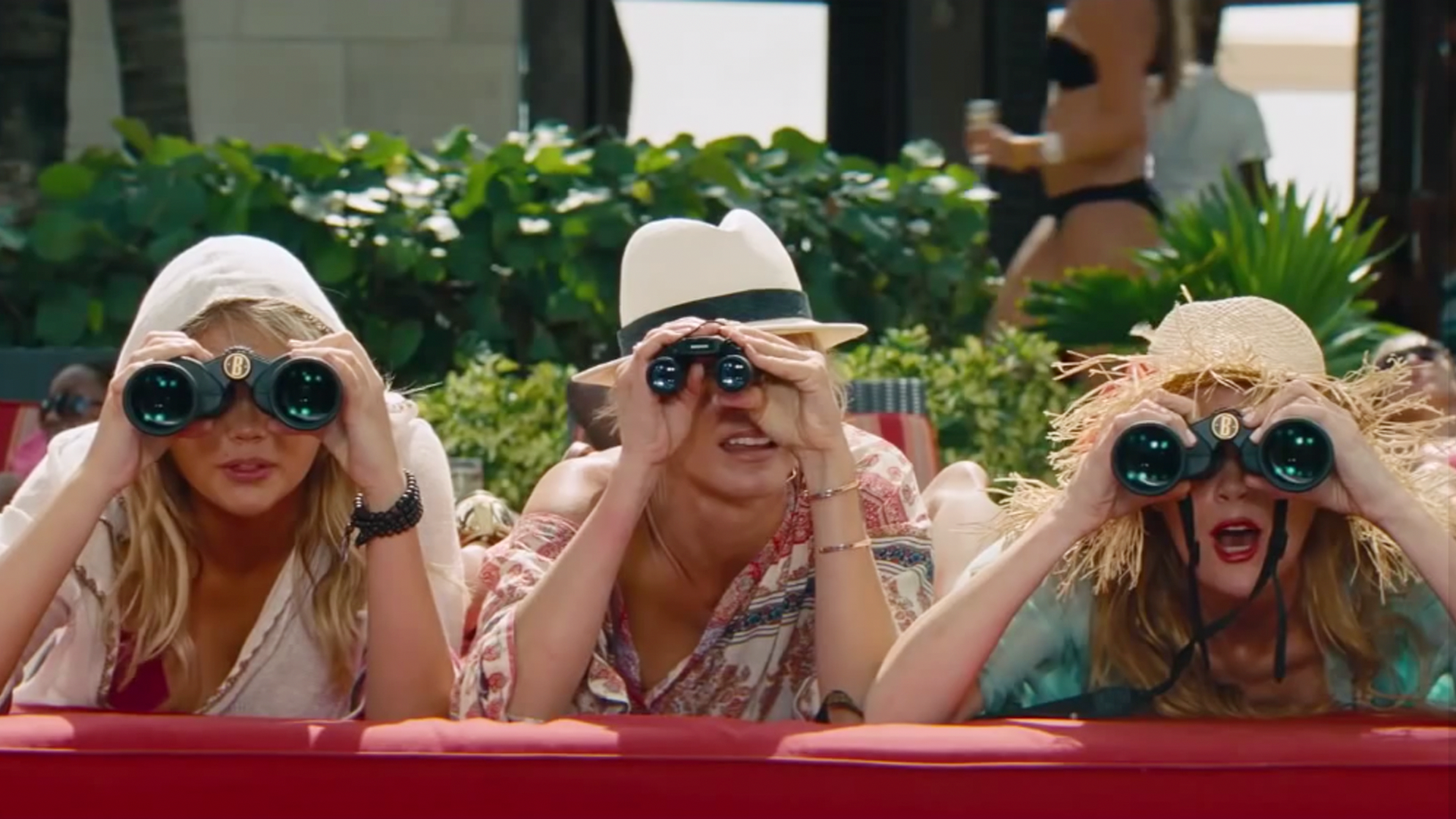 I didn’t believe a word of it. Everything about this film is total fantasy. Throw in a dragon and I would have gone, yep I’m there now. We have a main character, who happens to be a powerful lawyer, with a corner office and one of the most spectacular views of Manhattan, living in a magnificent, spotless apartment and being chauffeur driven, running around having fights on beaches with another woman. Really?

Then there’s Mark, this sharp-dressed man with the sports car and the expensive country house who can get any woman he wants, yet is married to a screeching neurotic who just happens to have an incredible business brain. Finally, there’s the whole set up that a wife would become BBFs with the two women who have had affairs with her man. Come off it!

Why I said that this is insulting to women is because it makes the female race seem so vapid. The only way to bond with your fellow female is to get drunk on wine and wear each others shoes! Now I know loads of ladies and I’m pretty sure that’s not how they bond. Same as not all men get drunk, leer at women and fart a lot. Then again, according to the makers of this nonsense, adding a laxative to a drink and listening to someone explode in the toilet is a laugh-riot. Well it was in Dumb and Dumber!

The leads try their best with the limp material and give it everything they’ve got but in the process they become puerile and annoying. Cameron Diaz, who we know can handle comedy, seems lost playing the straight gal to Leslie Mann’s ear-piercing Kate, summoning up the ghost of Goldie Hawn and just being as enjoyable as running your fingernails down a chalk board. She’s funny for five minutes and then you just want her to shut up. I even thought at one point, I understand why her husband was having so many affairs!

Kate Upton, as the third woman, looks beautiful but I am sure she wasn’t hired for her acting skills. Only Nicki Minaj in a minor role as Diaz’s secretary brought an inkling of interest and you wanted to see more of her.

I am sure that I will get comments about being so wrong and not understanding it as I am a man but I know a bad film when I see one and this is it. 109 minutes of flat slapstick, more dress changes than a drag act and an ending that is both bizarre and surprisingly disturbing. A dreadful, dreadful waste of time and a film that demands to be forgotten instantly.