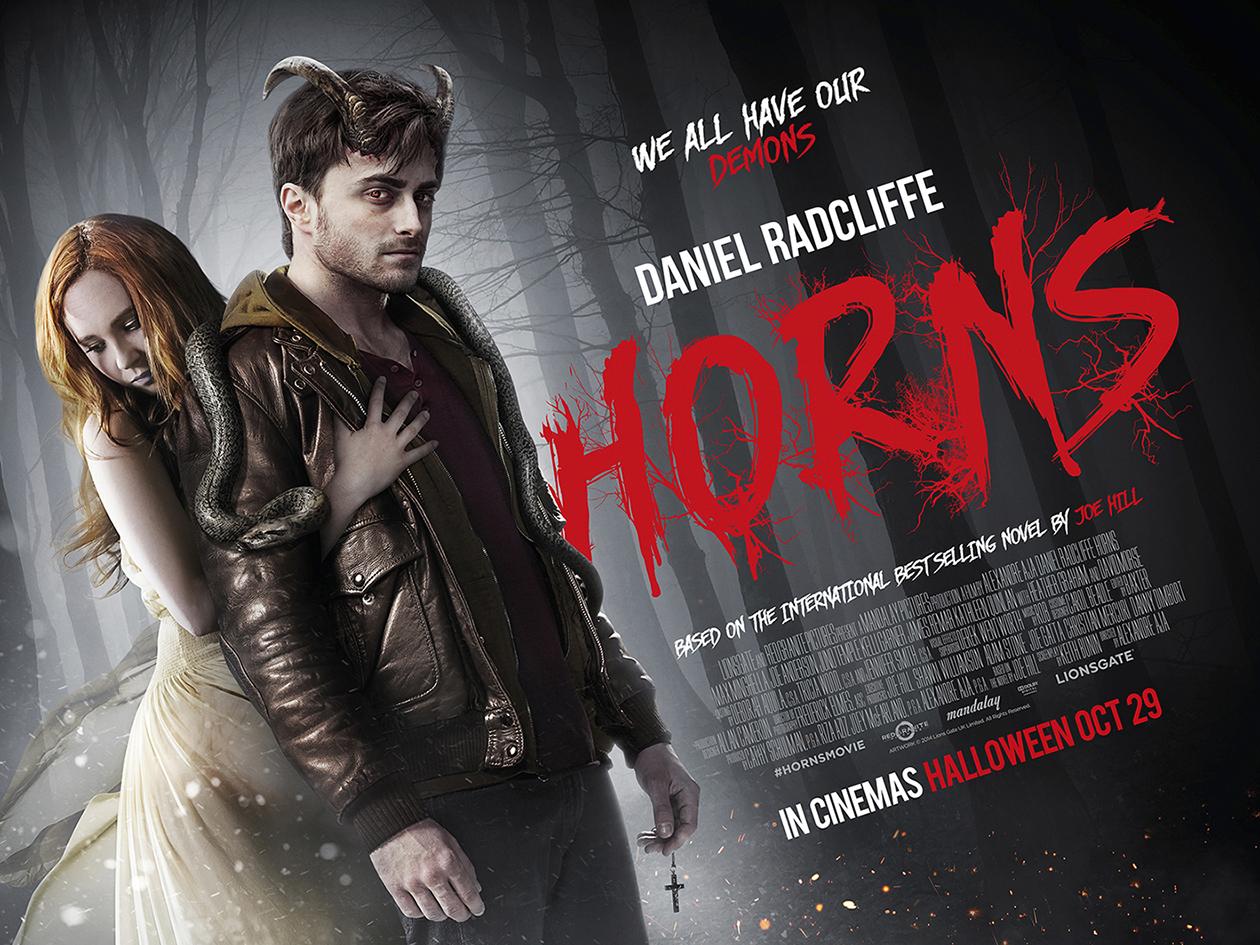 Written by Keith Bunin and (based on the book) Joe Hill

You have got to give credit where credit is due. Daniel Radcliffe is trying his hardest to remove himself from the role that made him famous. Over the years he has been on Broadway in a musical, gone nude in the West End, played a homosexual beat writer and earlier this year tried his hand at romantic comedy. Now comes the most extreme role to his boy wizard, playing a man accused of murder who turns into the devil. It’s his most interesting part to date in a film that isn’t fully successful but is a brave attempt at something very different.

Ig Parrish is a loner who has loved Merrin since they were kids. Now she has been murdered and Ig is the prime suspect. Everyone thinks he committed the crime, even his parents. They even call him the devil. So one morning he wakes up to find he is growing horns. Some people can’t see them, others who do, start telling him the truth about everything, even intimate secrets. Having the horns become a help in his search to find the man responsible for his true love’s death.

Based on a book by Joe Hill, Stephen King’s son, and directed by Alexandre Aja, the man who made  the remake of The Hills Have Eyes and Piranha 3D, this is a messy film that really doesn’t know what it wants to be and in the process, slightly alienates its audience in doing so.

The problem is, it flits from one genre to another so one moment it’s a horror, next a romance, then a black comedy, then a thriller with a touch of fantasy. So we don’t feel settled throughout. It’s also a film with the sum of its parts. Aja’s strength is his visual flair, none more so than the scene in which Ig’s brother has a massive hallucination and he is swallowed up by the room he sits in.

When the film works best is the dysfunctional look at small town America and comes across like a modern-day Blue Velvet. Having the members of the community being brutally honest to Ig throws up some very funny scenes, which, while playing to the lowest common denominator, still raise a smile. Then when you find yourself laughing, it changes gear and goes for the heart-string or then for the shock and awe. This is when the film backfires.

Credit to the cast who give everything they have to the project. There’s a heartbreaking cameo from David Morse, who manages to bring a lump to your throat in a scene that lasts less than a minute. Max Mingella is nicely charming as Ig’s best friend, Lee, while Juno Temple is perfect as Merrill, the girl captures Ig’s heart, in a beautiful, free-spirited way.

Then there’s Radcliffe, all scruffy and foul-mouthed who slowly turns from the innocent one to a fallen angel out to find the killer. It is a very self-assured and confident performance in which, once again, he manages to prove he is more than a one-trick pony with a mature and commanding performance. It is one of his best and hopefully there is more like this to come.

It is a failure in many ways but I thoroughly respect that. Better to try something different and fail than give us the same generic, uninvolving rubbish. Horns has plenty of fresh and exciting ideas that as individual movies would be most interesting indeed, instead thrown together in one comes out looking awkward and messy. A pity really but at least they can hold their head up high and say they gave it their best shot.