Written by: (also based on the characters created) Luc Besson and Robert Mark Kamen

Back in 2012, Taken 2 was my worst film of that year, with its ludicrous plot and even more nonsensical twists and turns. So going into Taken 3, I had very little hope for an improvement. I wasn’t disappointed. Yet replacing the insane story line is a virtual carbon copy of The Fugitive, directed by a man who thinks 600 cuts in a one minute sequence equals excitement and tension.

Bryan Mills, leading the quiet life in L.A, is visited by his ex-wife, Lenore, who is having marital problems with new husband, Stuart St John. After being sent a text from her, Bryan becomes accused of a murder he didn’t commit and goes on the run from the police, out to prove his innocence and to find the people responsible, while Police Inspector Frank Dotzler tries to bring him into custody.

Starting off slowly, with Bryan being shown his softer side: buying a giant stuffed panda for his daughter Kim’s birthday and lending a shoulder for his ex. Once the crime is committed, it then goes into a sense of business as usual, as Mills outsmarts the police while trying to find who set him up in the first place, punching people, surviving car crashes and mumbling one-liners into the phone. Perfectly fine if you haven’t seen any of the previous Taken films, or, for that matter, any action film from the past 30 years.

Director Olivier Megaton manages to do the impossible. He makes Michael Bay look like an auteur. Using shaky, hand-held cameras, extreme close-ups and hundreds of edit cuts in each of the endless action sequences, it becomes almost impossible to work out who is hitting who or the good guys and bad guys are. It’s a mess. Never has a car chase been so migraine-inducing. It’s one thing to assault the sense with fast cutting images but when you seriously don’t have a clue what is happening, then the film becomes increasingly frustrating and ultimately boring.

Add to that a plot that has been seen time and time again, giving us nothing original or inventive and what you have is an incredibly lazy piece of film making. It also seems to go on forever, making it’s running time of 109 minutes seem much longer. The bad guys are your typical, tattooed Russians with bald heads and fixed snarls while the police, a few looking like they’ve just stepped out of Life On Mars, just look confused. 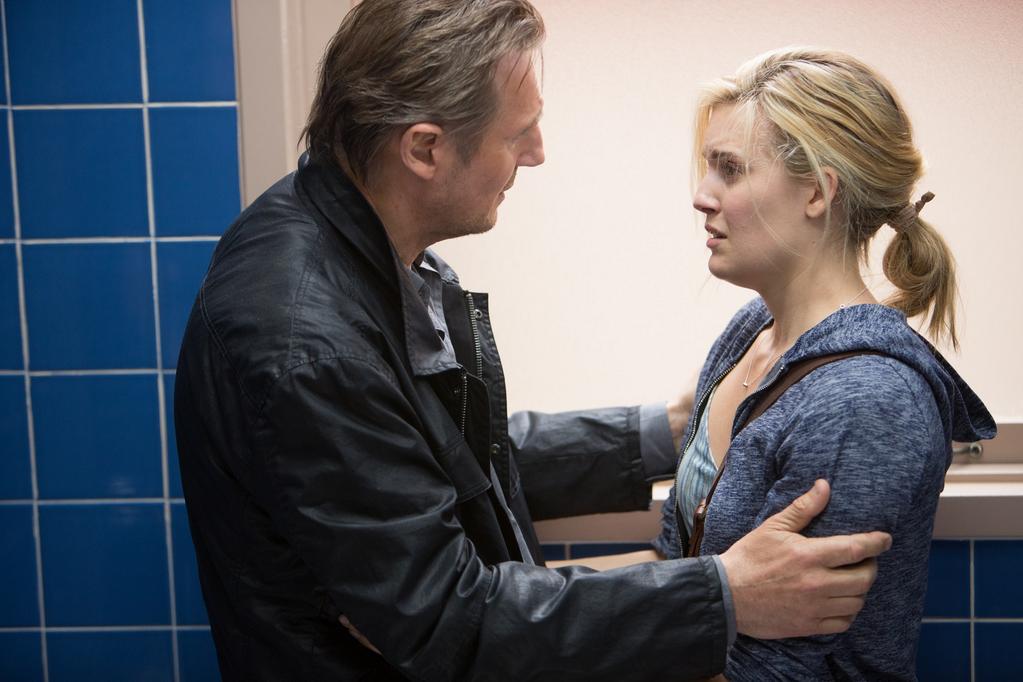 The performances aren’t much to write home about either. Returning cast members Famke Janssen and Maggie Grace are given very little to do. Forest Whittaker, a normally reliable actor, shows us a man dealing with conflict by playing with a rubber band and an unexplained chess piece, as if he felt he needed something to show the audience that a). he’s smart (hence the chess piece) and b). he can walk, talk and fiddle with the band.

Once again, Liam Neeson, in the role that re-invented his career, delivers every line with his usual gruff odd American accent while managing to survive every dangerous situation with ease, even if he does look unbelievably awkward when running. Time for Mr Neeson to hand over the action hero role to someone a lot younger, so maybe he can go back to actually acting again.

Taken 3 isn’t as infuriating as Taken 2 but it’s still a million miles away from the guilt pleasure that was the first film. We are promised that this is the final Taken film. Let’s hope they keep to their words.As a final note, 20th Century Fox again edited the film in order to get a 12A certificate, so this is a watered down version. They shouldn’t have wasted their time.