Written by: Craig Bolotin and (based on the novel) Nicholas Sparks

It seems like forever since we had a Nicholas Sparks adaptation (in fact, it was last year) so just in case you have forgotten what they are like, The Longest Ride ticks all the boxes for you. Rugged, macho man in a rugged, macho man’s world falls for pretty young thing from a different social society and then the heart-strings are tugged very hard. While there is a market for this kind of thing, you can slowly see the shine coming off Sparks’s overly romantic tale. 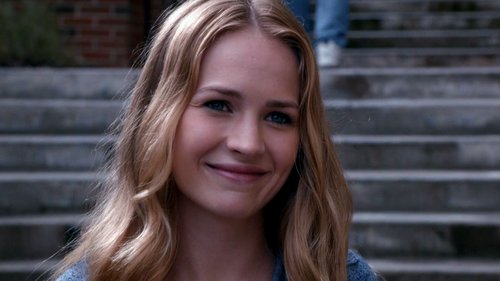 Sophia is university student who has been given an internship in New York with an art dealer. She doesn’t have time for romance. Until she is taken to the rodeo where she meet hot-shot rider Luke. They go out for the day and on the return, they come across a crashed car with Ira, an elderly man, inside, who they save, along with a box of letters he has written to his wife. While recouping, Sophia reads Ira’s letters about how he fell in love with his future wife, Ruth. It soon becomes apparent that there are parallels between Ira and Ruth’s relationship to Sophia and Luke’s.

Director George Tillman Jr has dosed the film with soft focus, beautiful scenery and a real feeling for the good old American life. The characters live is huge, white picket fenced houses and have country music playing in the background. He also handled the rodeo scenes well, as the riders hang on for dear life on the back of the slobbering bulls (and they are very slobbery!)

Yet the trouble with the film is that we get two love stories in one. While the standard tough guy with a heart stuff is mildly interesting: she’s all arty and wants to be a professional yet has fallen for a man who could be killed any minute, or in the least, be crippled for life; the second story about a man who falls for a woman with a passion for art, tends to slow things down. With its gentle narration as each letter is read, you feel it’s interrupting the flow of the main tale, making a two-hour plus movie feel like a two-hour plus movie.

The performances, however, are solid enough. Alan Alda, given very little to do as Ira, does inject his familiar tones to the narration, which somehow have a more homely feel to them. Like listening to your favourite uncle telling us tales. Brie Robertson, last seen playing a high school kid in Tomorrowland, somehow has grown up to being in University, as Sophia. Even though the part is somewhat underwritten, she does bring some life to it. Finally, there’s Scott Eastwood, who, by doing very little, manages to bring coolness and some of his famous dad’s screen charm to the proceedings.

In fact, the saving grace for this film is the chemistry between Robertson and Eastwood. I would have rather watched a shorter film about their relationship then have to trudge through this tonally messy romance. Then there’s the unintentionally funny and massively contrived ending, which will have even die-hard Sparks fans groaning.

The Longest Ride certainly lives up to its title and out of all the Sparks films, this is definitely the weakest, yet it is saved by three likeable leads and my guess is the future looks bright for son of Eastwood.