Written by: (also based on characters created) Reid Carolin

In 2012, a film about male strippers surprised everyone, none more so than me, with its charm, humour and fascinating look at a world hardly ever explored. It was inevitable that Mike and the guys would be back, only this time lacking in original director Steven Soderbergh (who has now retired but is still director of photography) and Matthew McConaughey.

It’s been three years since Mike Lane retired from male stripping to form his furniture company. After believing he was attending a wake for former boss, Dallas, he meets up with his buddies, who tell him of their plan to go out with a bang, by attending the strippers convention in Myrtle Beach. On a limb, Mike decides to join them but feels their routines are outdated and so, as they travel to the convention, they have to come up with some new ideas.

With McConaughey gone (due to wanting too much money) and Alex Pettyfer also dumped (rumours of in-fighting between him and Channing Tatum in the first film) it gives the rest of the male cast a bigger bite. So we have predominately a road movie, with the boys travelling from Florida to Myrtle Beach, bonding, falling out, stopping off in a variety of places in order for the guys to show their dancing skills. Until we get to the convention and an extended set where everyone gets their five minutes.

Perfectly fine if this was a first film but this being a sequel, you expect something more. Alas, we don’t get it. Instead it drifts along not going anywhere. We get the occasional moment that brings the screen to life, like Mike’s first dance routine in his workshop or when Big Dick Richie has to prove himself in a gas station. Unfortunately, there’s not enough of these moments and the film doesn’t rise any better than average.

The other thing that stands out about this film is how much more obscene the dances are. A trip to a mansion where the rooms are filled with woman willing to drop their $100 at the slightest movement from the half-naked males, soon turns into a lesson in the karma sutra. It doesn’t seem to bother the willing volunteers as they are publicly humiliated in front of the baying wolves. Yet it feels much more uncomfortable than before, which played it surprisingly safe compared. 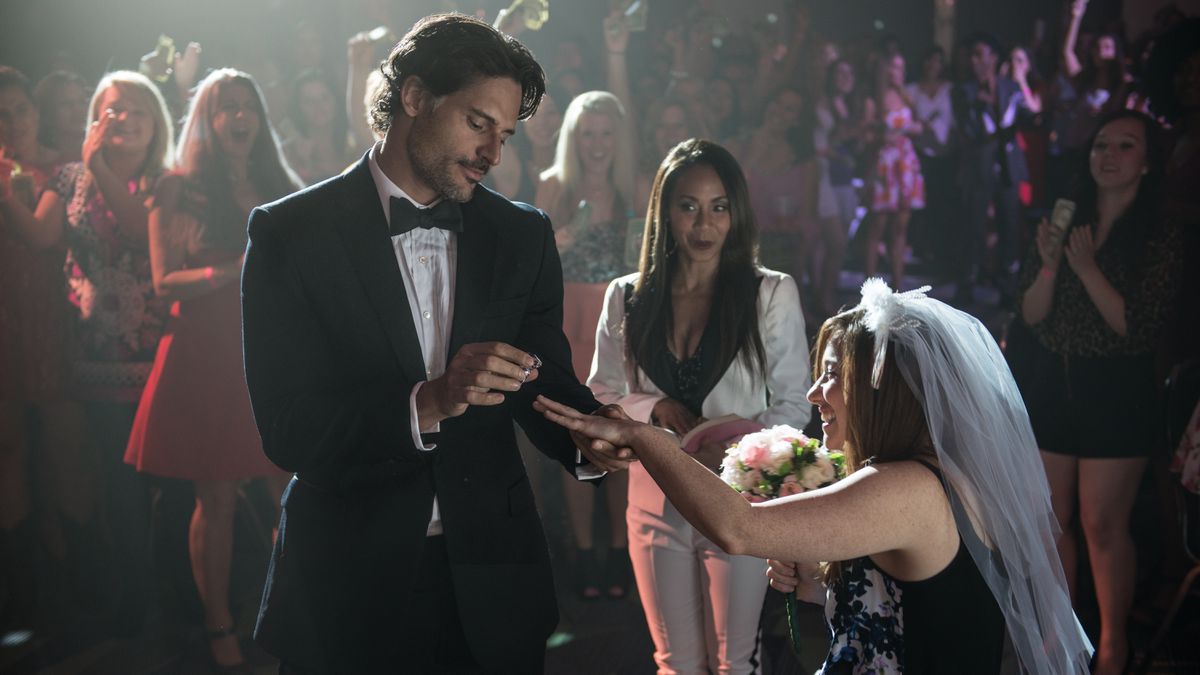 The performances are perfect fine, with Tatum at his most likeable and proving, once again, what a talented dancer he is. Joe Manganiello gets more screen time and more laughs as Big Dick, while the rest of the guys all have their share. Out of the females, Andie McDowell is just plain embarrassing as a menopausal newly divorced Southern belle craving male attention, while Jada Pinkett Smith steps into McConaughey’s very big shoes as the MC, does a fair job but lacks that charm that Mr M bought.

Magic Mike XXL is a perfectly fair sequel but its original was a hard act to follow. Plus losing the key figure that made it so much fun was also going to be tough. Still the four females in the audience I saw it with seemed completely satisfied with the male gyrations and six packs on view, so I guess in that sense, it’s a hit.