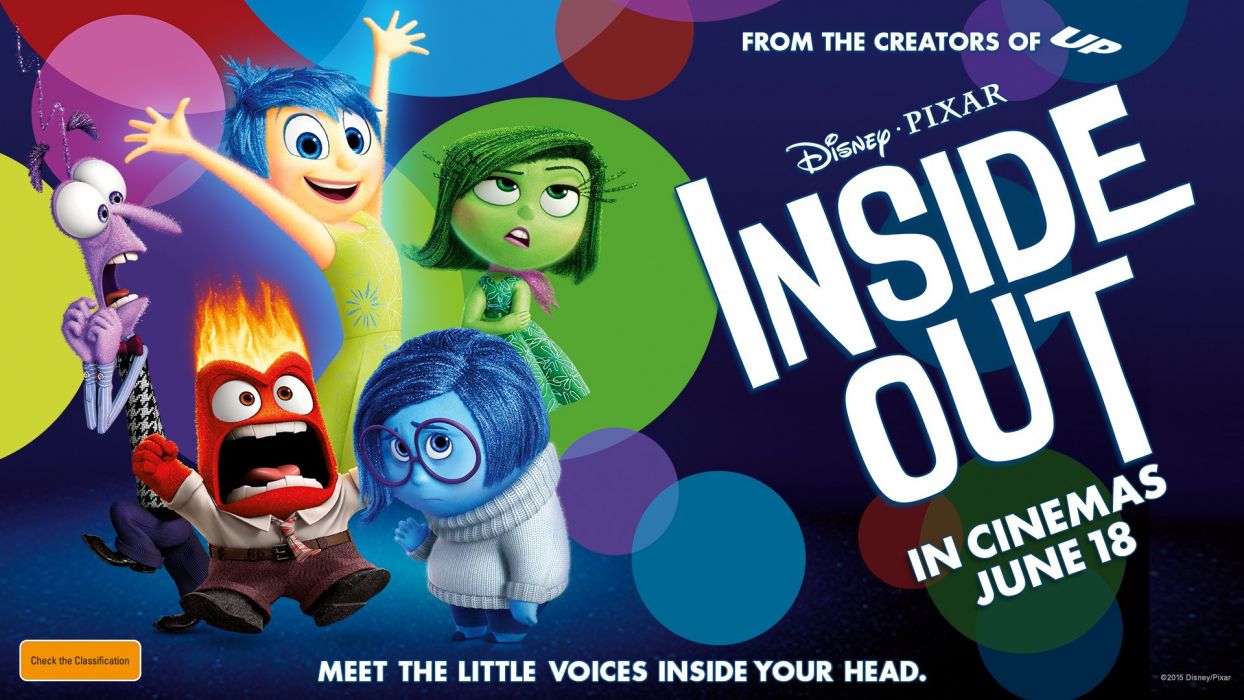 Pixar was becoming the kings of animated features. Hit after hit, each film better than the last, they seemed like an unstoppable machine. Then the success crashed with three films that were more misstep than perfection. Brave, which wasn’t terrible but could not be compared to the likes of Up and Wall-E, Cars 2 and Monsters University just didn’t have the same strength as past triumphs. So Pixar decided to take a year off from productions in order to sort themselves out. Now they are back and they are back with a bang. No, a huge, colourful, imaginative explosion.

Riley is a young girl who is uprooted from her home to move to San Francisco. This new world of changing schools, making friends, living in a different place can cause your emotions to conflict. Inside Riley’s head is an emotional headquarters where Joy, Sadness, Disgust, Fear and Anger control her memories and whole personality. When an accident sends Joy and Sadness deep into the recesses of her head, Riley’s personality starts to change, and the two emotions need to get back quickly before total disaster.

While the idea of having people inside your head running the show isn’t the most original; Woody Allen did it in Everything You Always Wanted To Know About Sex and the Beano comic did it with The Numskulls; it’s what they do with the premise that sets this apart from the others. We are sent on a journey beyond our wildest imagination.

Brimming with colour and infectious energy, we follow the adventures of Joy and Sadness in this world that is unfamiliar to them yet they know of the workings. We get a train that is the train of thought, an imaginary world and corridors of memories, while her personality hangs in the balance with islands of family, goofiness, sports etc. To experience this world is to go where no other film has even dreamed of going.

At the same time, we get all the stables of a Pixar film. Themes like family, separation, friendship as well as plenty of laughs for both adults and kids alike. This being a Pixar film, you can be guaranteed a tear of six. Yes, the floodgates will open and you will find yourself completely caught up in Riley’s dilemma as well as that of her emotions.

The voices fit perfectly. Made up mainly of talented and genuinely funny actors, they may not be huge star names but each one works. Amy Poehler is sprightly as Joy while The Office US’s Phyllis Smith has the perfectly dull and sorrowful voice for Sadness. Look out for a guest appearance from voice regular John Ratzenberger, who has appeared in some shape and form in every Pixar feature.

Inside Out is a massive return to form for a company that was slowly losing its grip. Thankfully when they do something right, they get it right in every sense of the word. Funny, smart, inventive and poignant, this will have you laughing, in total awe and crying all in the short running time of 94 mins. Their best film yet? Maybe.