Written by: Jason Fuchs and (based on the characters created) J.M. Barrie

Pan is another origins tale, dealing with how Peter Pan became the boy who never grew up. While watching Joe Wright’s extravaganza, you can’t help of thinking about that other Peter Pan movie, Spielberg’s 1992 disaster, Hook. Have the lessons been learnt since then? Absolutely not.

Peter is left by his mother at an orphanage run by a tyrannical nun. Believing she is selling the boys, it soon becomes apparent that the missing children are being taken by pirates in a flying ship. Whisked off to Neverland, Peter is made to mine for fairy dust for the evil Blackbeard but Peter finds he has unusual powers as he can fly. With James Hook, the pair battle the pirates while Peter believes that his mother is somewhere in this new world.

Joe Wright is an accomplished director who has produced some very fine films over his short career (Atonement, Anna Karenia for example). Here, however, he falls very short. This is a film that bombards our sense with CGI, lavish sets and costumes, yet for all its bravado, it cannot hide one simple fact: this lacks a heart.

It comes at you like a small child who has had far too much sugar. You want it to go into a quiet room until it calms down. Everything is turned right up to 11, including a contrived and complex plot that frankly trips over itself in its attempt to tell the tale of Peter and his friendship with his future enemy, Hook.

The problem is that with all its flair and visual treats, from the detailed pirate ships to the various worlds in Neverland (lagoons infested with giant crocodiles and mermaids, the tribal area and the fairy land) are incredibly impressive, incredibly bright and makes your eyes fly around the screen looking at the grandeur of each scene. What we should be concentrating on is the character development and the relationships between Pan, Hook and Tiger Lily. Those moments don’t exist and so we don’t feel anything for these people. 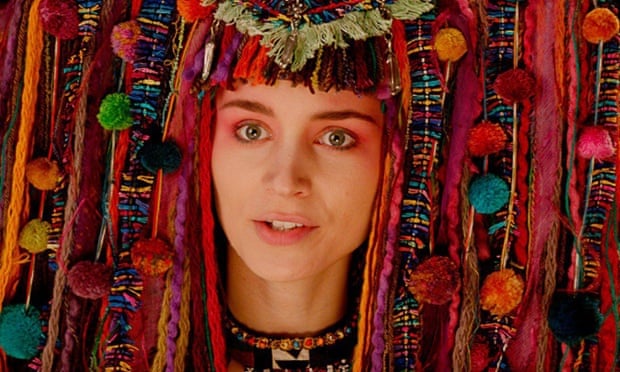 It also doesn’t help that the performances are just as bombastic as the visuals. Hugh Jackman, almost unrecognisable with his goatee and strange hair style, attacks Blackbeard as if he is waiting for the audience to boo him. He seems to be having fun with the part but it all feels very superficial.  Garrett Hedlund as the young James Hook before the accident comes across like a Harrison Ford wannabe, while Rooney Mara as Tiger Lily is completely miscast, even if it is always a joy to watch those hypnotic eyes. Which leaves young Levi Miller as Peter and, alas, for me, he just doesn’t work, coming across as a drama school brat whose been to the Dick Van Dyke school of Cockerny accents. After a while, instead of endearing, he is just plain annoying.

Pan should have been a big, exciting introduction to the world of fairies, pirates and flying boys. Instead it’s like having a migraine: loud, unnecessary and wanting it to just go away.