Written by: (based on his novel and play) Alan Bennett

Alan Bennett is known for his gentle, charming examinations of life. So it’s no surprise that The Lady In The Van is the kind of film that would seem to go down well with a nice cup of tea and a Battenburg cake. And quite right too, because this is a film without malice, without hatred or without anger. It’s the almost true story of a cantankerous old woman who came into Alan Bennett’s life and stuck around for 15 years. When that woman is played by Maggie Smith, you know you are in for a real treat.

1970’s Camden and Alan Bennett has just purchased a house in an up and coming street that has an unwelcome visitor: Miss Shepherd. Living in her battered van, surrounded by bags of rubbish, she occasionally moves it outside another wealthy home owner’s house, much to the disgust of the occupants, is rude and opinionated and doesn’t have the time of day for anyone. Making an unlikely friendship with Bennett, he decides the only thing for her safety is to move the van onto his drive, just until she can find her feet. It’s a move that lasted 15 years.

Nicholas Hytner’s second film of a Bennett play, the first being The History Boys, moves along at a leisurely pace, never being overly flashy with its direction or, indeed, experimental. Instead, he allows Bennett’s charming script to the work, creating a world of middle-class snobbery with a Northern lad who, while being a genius, is ultimately timid and at the centre, a woman who has a past no one understands yet an attitude that most cannot tolerate.

Splitting Bennett into two different personas: one the writer who narrates the piece and has an opinion on whatever Bennett number 2, the one living the events, does or say, takes a little getting use to and if you are unfamiliar with Bennett, then you would imagine that these are twin brothers with very different personalities. Except, Bennett has split his own creation into one that he would love to be and one that he actually is. A clever ploy that makes the film even more interesting.

The script, as you would expect from the expert wordsmith, is full of wit and humour that doesn’t come at you with a sledgehammer but gently and naturally flows with the rhythm of the rest of the film. It does pathos quite brilliantly without being morkish or overly sentimental and it manages to switch from the comic to the tragic with ease. This can only work with a well-crafted script, a director who allows those words to do their magic without forcing them and actors who shine.

As Bennett, Alex Jennings, whose been a jobbing actor for years, finally gets a role that should certainly put him on the map. A the Northern writer, he is more like Bennett than Bennett himself. Playing two sides to the role, gives him the opportunity to really explore the character to its fullest and he shines in the role. He is the perfect foil to Miss Shepherd’s acid tongue, being both caring and bitter all at the dame time. It’s a delightful comic turn.

If you want cantankerous then there is only one woman who can deliver and that is the magical Maggie Smith. After stealing every scene in Downton Abbey, she gets a full-on, tough-as-nail “old cow” role that she can really get her teeth into and she doesn’t disappoint. A simple look tells so much about this mysterious woman. She can deliver a vicious witty line with ease and yet turn on the drama without even breaking into a sweat. There are very few people who deserve to be called a living legend. Maggie Smith is one of them. 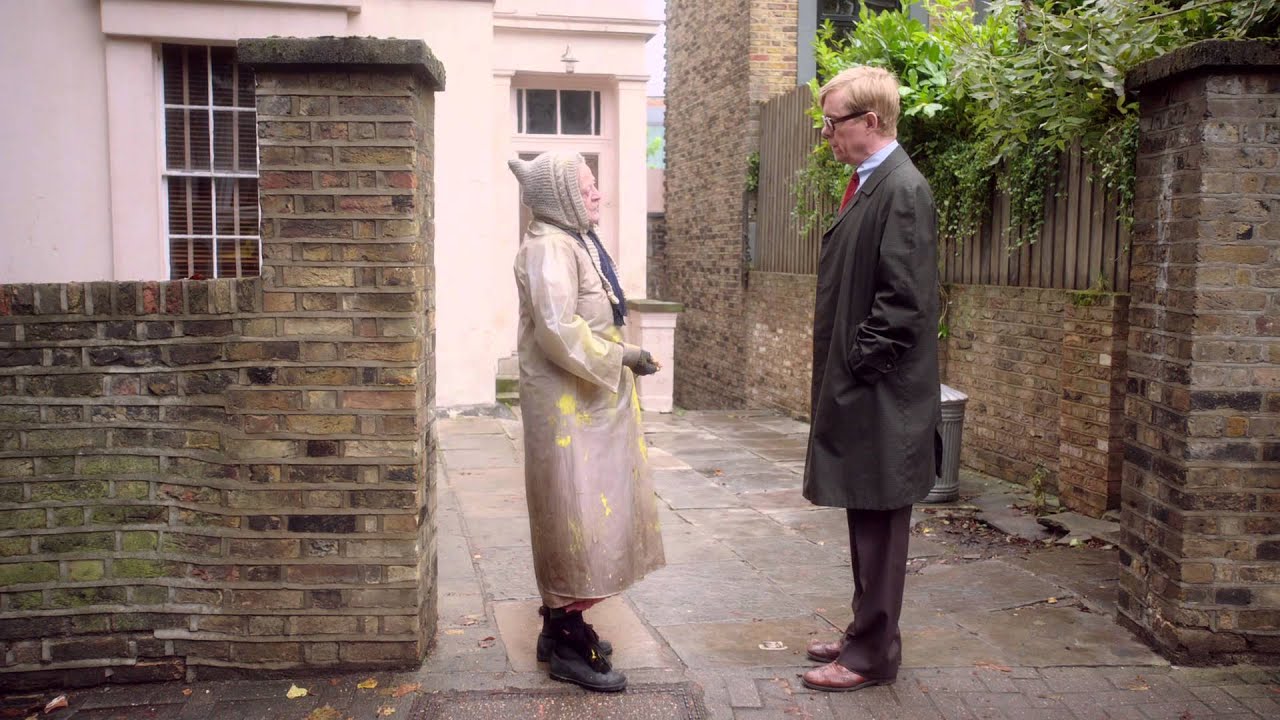 The Lady In The Van speaks more about motherly relationships, acceptance and tolerance louder than any preacher or sermon. It’s a perfect Sunday afternoon gem. One that, in years to come, you can just put your feet up and marvel at two exceptional performances from a truly exceptional writer.