On paper, Sleeping With Other People sounds an interesting concept. Two people, who lost their virginity together 12 years ago, find they cannot commit to a relationship. It has an interesting angle to the usual boy versus girl relationship comedy. Maybe even a 21st Century answer to When Harry Met Sally? Instead we get just another rom-com that is only manageable thanks to two likeable leads and the occasional smart line. Otherwise, it’s business as usual.

Jake, while at college, saves Lainey from being frog marched off the campus after she makes a public fool of herself. The pair, both virgins, end up sleeping together. 12 years later, Jake has become a womanizer with a string of women left in his path while Lainey has been having an affair with a doctor while she sees other people. The pair bump into each other at a sex therapy meeting and soon they form a friendship. As they go through life, it becomes apparent that they belong to each other except the sex thing gets in the way. If only they could sleep together.

Writer and director Leslyn Headland has taken the adage of “Men and women cannot be friends because sex always gets in the way” to a new extreme. The only difference is the sex isn’t between the friends but with other people. In doing so, we follow the relationship of Jake and Lainey as they talk, quite openly, about the people they have bedded or want to bed, while at the same time avoiding that same fate happening to them. It’s all done with plenty of wit and occasionally a smart line or two.

The problem is, while we watch these two skim around the edges with each other, we know exactly where this is going to end up, so instead of giving us something new and original, we are heading down that familiar course so often frequented in these kinds of movies. While spending time with the pair manages to get us through the predictability, we hope that the laughs are going to be big. Sadly, they are not and it only goes as far as being mildly amusing.

When then takes us back to When Harry Met Sally and how that has become such a classic of the genre. It is genuinely laugh-out-loud funny. Nora Ephron’s script is not just as about two characters heading towards an inevitable path. It’s about two characters who are both charming and funny in equal measures while being perspective about the whole men and women thing. Sleeping With Other People doesn’t have the laugh factor, yet as it goes its merry way, it ticks off all the boxes and hits all the clichés. 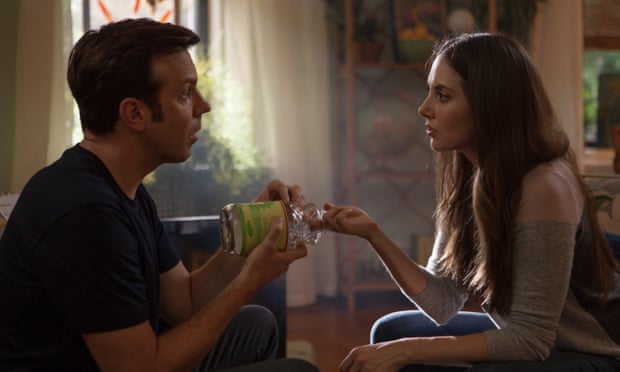 Thankfully, the two leads are the kind of people you don’t mind spending 101 minutes with. Jason Sudeikis, usually given the smart-alec, wise-cracker roles is allowed to be genuine and human here, while at the same time being all smart-alec-y and wise-cracking. Unlike films such as We’re The Millers and Horrible Bosses, here he is allowed to be almost normal, except for his treatment of women. He quietly underplays everything with a light comic touch, something we haven’t seen from him. As Lainey, Alison Brie finally gets something decent to play outside of her role of Annie in Community. A woman driven by sex, she oozes sensuality while at the same time is coy and playful and funny. Listening to these two banter makes the time pass nicely.

Sleeping With Other People isn’t a terrible film. It has its moments and it has some interesting ideas on relationships. It just could have done being funnier and less predictable. Time for someone to get out there and take some risks when it comes to these kinds of comedies.