With the current popularity in European thrillers now swarming our television, it seems that cinema has been somewhat forgotten when it comes to dark, brooding dramas. Alice Winocour’s Disorder has the feel of the kind of dramas BBC Four screen on a Saturday night, with an impressive central performance and, sadly, nothing much else. This is certainly a prime example of style over substance.

Vincent is a former soldier who has returned from fighting in Afghanistan with post-traumatic stress disorder. Struggling to find work, he is hired to protect the wife and child of a Lebanese businessman. Spending so much time with Jessie, Vincent finds a strange fascination with her, while at the same time is prone to hallucinations and extreme bouts of paranoia that could put both of them in danger, especially when they are targeted by masked criminals wanting to kidnap Jessie and her child.

The subject matter, a soldier with post-traumatic stress disorder, is a fascinating one. How does someone cope in a constant state of paranoia? Winocour’s film captures these moments brilliantly, as Vincent is almost paralysed with confusion and fear. Every person is a potential threat in his eyes, yet it is never clear if these threats are real or just in Vincent’s mind. Here lies the film’s strength. Winocour pushes up the tension with the use of visuals and sound to highlight what Vincent is seeing and hearing while causing confusion for the viewer as the blurred lines between fantasy and reality lead to sudden, unexpected shocks.

It’s also a study of obsession and voyeurism. Vincent’s unhealthy fixation with Jessie, as he virtually leers at her at every available moment, whether it be in the darkened corridors or through Jessie’s extensive security system, in which every room seems to have cameras. It makes for an uncomfortable piece of viewing and Winocour scores points for making us feel that way.

The film falls down on the plot. While we spend time seeing things from Vincent’s slightly angular point of view, with the neat tricks in sound and vision, this comes across like an art-house version of The Bodyguard but without the musical numbers. It also seems to be heading into nowhere so that when the final act does appear, it becomes more of a damp squid than an exciting finale to the tension that has been building, becoming a house invasion thrill ride but without any real thrills. It leaves you wanting something much more impressive, considering what has been offered before. 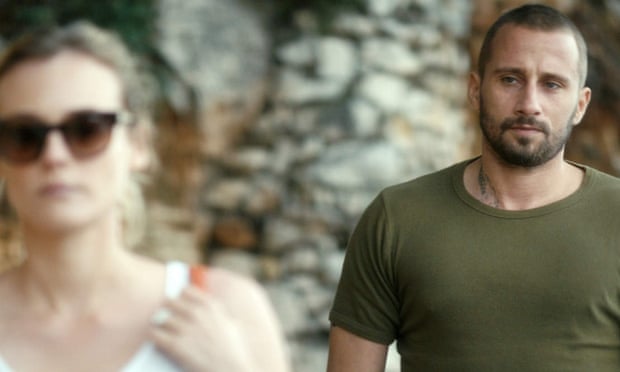 While Diane Kruger’s Jessie is basically a damsel-in-distress, she is given very little to do and is, in fact, only there to be “watched” by the increasingly paranoid Vincent. Her character never seems to develop and we find out very little about her. Where the film does win points is in the performance of Matthias Schoenaerts. With very little dialogue, he conveys Vincent’s confused world brilliantly. You sympathise with him while at the same time are wary of his actions towards Jessie. Schoenaerts handles the action sequences well and you do believe he could be a former soldier with specialist “skills”.

Disorder is a stylish piece of work that has an intriguing central idea but with nowhere to run with it. It leads you down a dark and disturbed world that you think will leave you shaken to your core, yet it delivers very little in the end. A pity.