Marvel Studios can now be called the Madonna of Cinema. You might not see that as much of a compliment but just hear me out. They are constantly evolving, constantly reinventing themselves. Instead of spending their time on characters that are one-dimensional and plots that rely on mass destruction, they refuse to give their audience the same old same old. Instead, they push the boundaries of not only their fans but cinema itself. The proof is here with their new character to the MCU (Marvel Cinematic Universe), Doctor Strange, a brilliantly bizarre mix of action, comedy and hallucinogenic visuals. This is their bravest film to date yet it works.

Doctor Stephen Strange is a brilliant neurosurgeon with an ego to match. He is a man who has everything: wealth, an infamous reputation and a woman who loves him, Christine Palmer, yet he tends to distance himself from her. One night, his world is turned upside-down when, in a car accident, he badly injures his hands to the point he will never be able to use them again. Frustrated by his disability, he heads to the Hymalias where he meets The Ancient One, who starts to train him in a world of a mystical universe that he can use to protect the planet.

It’s a brave man to introduce a lesser-known Marvel character into an ever-growing cinematic universe. So this origins film is a real stand-alone affair. The occasional mentions of The Avengers (including a blink-and-you-will-miss-it moment where the Headquarters can be seen among the New Your skyline) are about all you are going to get. This is Doctor Strange’s story all the way and thankfully, director Scott Derrickson has delivered a strong story that is both a treat on the ear as well as on the eye.

This is a film that battles between two strong points: the visuals and the performances. Visually this is a film that the term “You won’t believe your eyes” was made for. There a kaleidoscope of colour thrown at you as Strange first discovers the realms beyond his own self. There are the inventive fight sequences in which Strange can fight outside his body, using his soul and finally, there are the Inception style sequences where New York is turned inside out like one of Escher’s optical illusions.

I don’t often invite you to view this in 3D but this is one film you should rush to see in that format. It makes the visuals even more visceral. Luckily the plot and the mystical stuff work beautifully in parallel with the effects, with some neat moments of humour that shows this never fully takes itself too seriously. Not forgetting Doctor Strange’s cape, which manages to almost steal the whole film from everyone. A hard task considering the wonderful cast.

This is an acting masterclass. Mad Mikkelsen, as the villain Kaecilius, who shows why he is now the go-to guy when you want a terrific screen villain. Rachel McAdams, as the love interest, is sadly underused but who knows where her future lies, while Benedict Wong as the guard of the library, Wong, is hilarious for not understanding comedy. Chiwetel Ejiofor, as fellow Ancient One follower, Mordo, gets to show his brute strength as well as his acting strength.

Yet it is Tilda Swinton as The Ancient One, who brings a quiet command to the screen, who shows that you don’t need screaming and shouting to be a powerful presence on screen. Then there is Benedict Cumberbatch as the title character, who is, quite frankly, magnificent. He brings a multilayered character to the screen with ease. You hate him, you like him, you sympathise with him, you laugh with him. With his pitch-perfect American accent, it’s one of the best Marvel performances and you gladly enjoy spending time with him as he grapples with this whole new universe.

Doctor Strange still delivers the crash-bang-wallop you’d expect from a Marvel superhero character but is such a different and unique way that you don’t mind if the fight sequences seem to go on too long. DC cinematic universe really needs to take note of what Marvel are doing because they are leaving them way behind. Mind-bending fun. 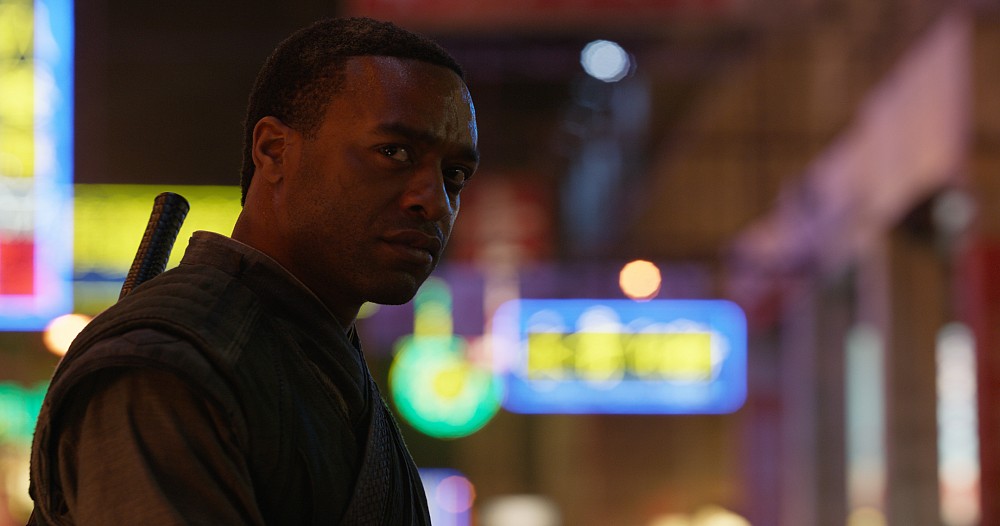 Please note: Stay until the very end of the credits for two post-credit sequences, both showing the paths that Doctor Strange will be following in the future.