When Disney bought the rights to the Star Wars universe, it promised fans that the series would live on while in between waiting for the next part of the saga, we would have stand alone stories. After the enormous success of The Force Awakens and while we anticipate the second part of the new saga, we have Rogue One, a story about the days before A New Hope. Would this new adventure meet up to the high expectations of last year’s entry, or even the first three films?

Jyn Erso is a young woman desperate to get her father back. Taken when she was young by Orsen Krennic, a top ranking member of the Empire, to aid in the building of the Death Star, Jyn joins the rebellion. When it’s discovered that her father has added a way of destroying the space station, it’s up to Jyn and a team of rebels known as Rogue One to infiltrate the Empire’s base and to steal the plans.

Gareth Edwards, the director of the brilliant Monsters and the disappointing Godzilla, as some might big shoes to fill and fans who are looking for more than just another film in the franchise. Their expectations are very high. On the whole, he has met those expectations, although not fully. This is a film of two halves, with the final hour being explosive action and the best war sequences seen in a Star Wars film. However, the journey to get there is a slow one.

The problem with the film is that it has plenty to explain. We get the full back story of new character Jyn. We get explanations about how she was saved from evil Orsen Krennic, this film’s new villain. We get explanations about the rag-tag team who join her on her mission. In fact, if it’s not nailed down and signposted, it’s explained in great detail and in long scenes that go on forever.

Finally, when the action does arrive, it’s time to strap into your seats and be prepared to be blown away. It has all the hallmarks of classic Star Wars with a little bit more added. In fact, the film’s overall look works well. As this is the film that leads into Star Wars: A New Hope, Edwards and his art designers have decided to try and capture the feel of the 70’s classic, from costumes to general film style. 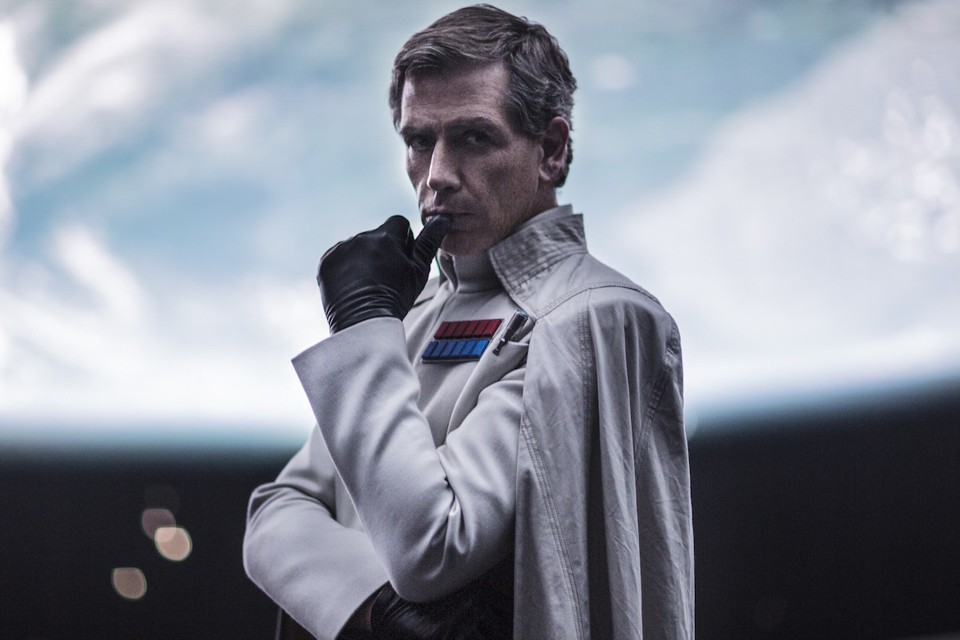 There are plenty of neat surprises and enough points of reference for true fans to get excited about. Appearances from classic characters raise the odd eyebrow and the return of everyone’s favourite man in black (no need for spoilers here, he appears in the trailers) will make the avid Star Wars fanatic squeal with delight. Even the way the film heads for its finale with a tie-in to the original classic will satisfy everyone.

The performances are fine, even if the characters aren’t fleshed out enough. Felicity Jones, an unlikely choice for a tough, non-nonsense lead heroine, actually fills those boots quite nicely, with a very physical performance that could lead to more action roles in the future. Ben Mendelsohn is particularly good as the evil Krennic and Alan Turyk steals the film as new robot K-2SO, with a fine collection of sarcastic one-liners.

Rogue One has its faults but as a story that sits nicely as its own movie as well as a link to the world we already know, it works well. Be prepared to wait it out as you head for the colossal final act and then the wait will be totally worthwhile.