Written by: Niall Leonard and (based on the book) E.L. James

Ah, you cannot beat a love story to melt your heart. The old fashioned boy meets girl, boy falls for girl, boy spanks girl and treats her rough that she leaves but the boy needs girl more than he realises. Those are the reasons that Gone With The Wind or Casablanca or the countless other romantic movies worked. This, however, is the 21st Century and so a love is replaced by slap and tickle (literally), hence the unexplained success of Fifty Shades of Grey and it’s two sequels. The first book was turned into a phenomenal success film that two years later, we are back in the world of Mr Grey and his kinky ways. 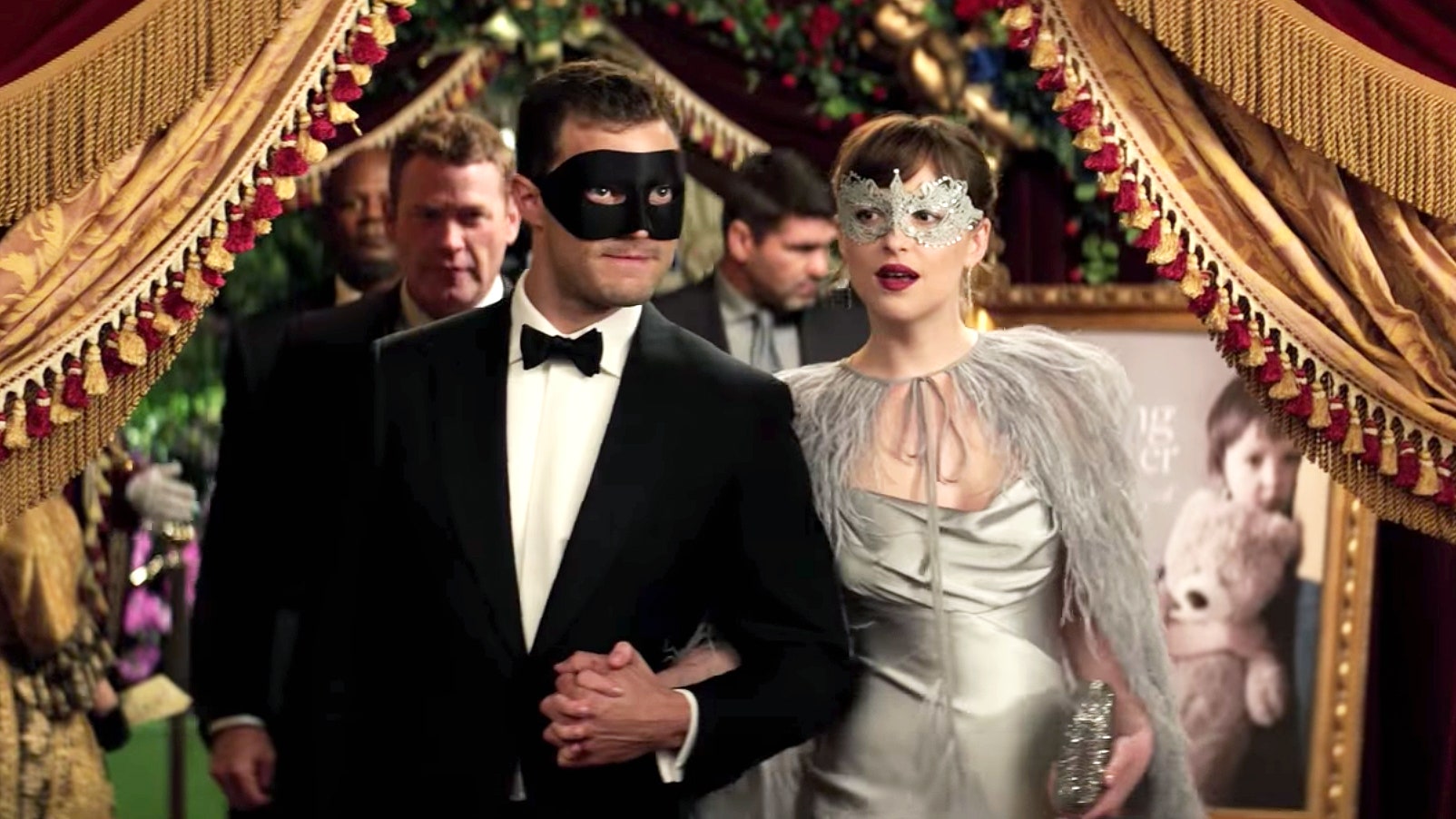 Anastasia Steel is single again and trying to find her feet in the world of publication, landing a job with Jack Hyde. Meanwhile, Christian Grey cannot get Anastasia out of his head and so tries desperately to win her back. Setting her own boundaries, Anastasia decides to take Christian back and they try for a proper relationship, although Christian’s past doesn’t seem to allow him. With a former lover stalking Anastasia and Christian’s elder mentor, Elena Lincoln, watching their every move, Anastasia starts heading deeper into Christian’s world.

The first film had some moments that made it of some interest and wasn’t as terrible as I had imagined, thanks to Sam Taylor-Johnson trying to beef up the laughable dialogue with a couple of neat visuals. Taylor-Johnson passed on making the sequels (due to artistic differences with writer E.L. James) and so the helm, this time, goes to James Foley, who at one stage was a reasonably interesting director with films like After Dark, My Sweet and Glengarry Glen Ross. Sadly, he seems to be a director-for-hire here and so gone is the visual touches that kept the other film watchable.

The real problem with this and its predecessor is the script. Frankly, they are plotless and lack any real drive or motivation. So we get a little character development in Christian (we find out a little about his past which explains his S&M ways) but these moments are so few and far between that everything else just feels like characters in search of a story. That’s fine if you are, say, Waiting For Godot but Fifty Shade Darker is no Samuel Beckett.

Dakota Johnson and Jamie Dornan return as Anastasia and Christian and they try their best with some of the most cringe-worthy lines in cinematic history and those longing to see Dornan’s naked body will find themselves having to put up with long, lingering shots of Ms Johnson nude instead. Kim Basinger pops up and it’s when she appears that you kind of wish you were watching the far more shocking 9 and a Half Weeks.

Fifty Shades Darker is flabby, flat and void of any real excitement, romance or, for that matter, sweaty sex. The last film was saved by a director who at least tried to put her touch to it. This time it’s just dull and limp (unfortunate choice of word, I know). The final part comes out next year. I cannot wait!