Written by: Nick Payne and (based on the novel) Julian Barnes

It has always been the case and there are very few exceptions to the rules, that books are never as good when transferred to the big screen. They offer filmmakers the chance to get under the skin of the characters or the plots but then once they are edited and released, always come across as a disappointment, particularly for those who love the original source material. I’m pretty sure that Julian Barnes’s Man Booker prize winner, The Sense of an Ending, is a terrific read. Unfortunately, it is somewhat lacking on the big screen.

Tony Webster is a grouchy old man who is divorced but still friends with his QC wife, Margaret, and has a daughter, Susie, who is preparing for single motherhood. Out of the blue, he receives a letter stating that a diary has been left in a will by his former girlfriend, Veronica, mother. Trying to get the book off of Veronica, Tony starts putting together the relationship he had during his time in University and how his best friend, Adrian, had won the charms of Veronica over him. As he remembers his past, Tony is reminded of how dark things got.

Director Ritesh Batra, who gave us the delightful The Lunchbox, and writer Nick Payne have an impossible task on their hands. In order for us to understand the series of events, we have to keep going into flashbacks of the young Tony and his days at school, while trying to keep track of the events in Tony’s life now. In doing so, we lose some of the emotional punch. Interruptions of the flow of the story by introducing flashbacks never keep things moving on one side.

The story of regrets of past actions is slowly and carefully unravelled as Tony, this cantankerous man who has little time for people, yet runs a second-hand camera shop, starts reliving his past after receiving the letter, mainly through conversations with his ex-wife. Meanwhile, his daughter has chosen to have a  child by herself and so it is up to Tony to be a stand-in father. While all of this handsomely shot and well played out, there is a distance that really shouldn’t be there. There is no real emotional connection.

These characters all inhabit a privileged world of private schools, houses in the country and enormous homes in London. Tony is not a nice person. He has no time for his postman and, in one scene when a customer comes to look at the cameras in his shop, just wants him to go away when he realises he’s not going to get a sale. So you are immediately put at arm’s length with the main protagonist. Then there’s the ending, which is more of a (non) sense! 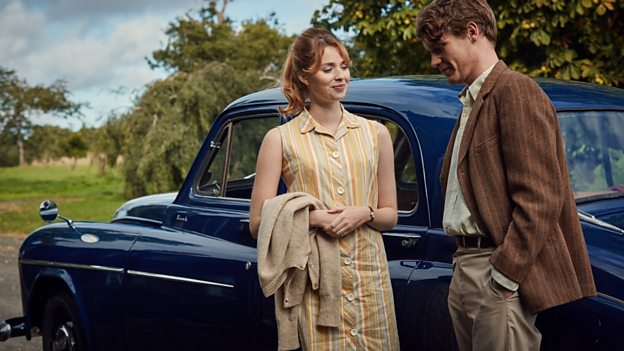 Having said that, the performances are all perfectly played. Michelle Dockerty, she of Downton Abbey, is given little screen time and yet when she does appear, brings a lightness that is lacking elsewhere. Harriet Walter is terrific as Tony’s ex and it’s the scenes between her and Tony that are the more interesting. Finally, there’s Jim Broadbent, who is allowed to shine. This is him at his finest playing against type. A man who care less for those around him he feels nothing for, yet sent on a journey he has tried to forget. Even if some of the lines do sound a little stagey, Broadbent delivers them with perfectly. If you can get through the lacking of emotion to pull you through, it’s still worth seeing for Broadbent.

The Sense of an Ending should have been a real powerful piece of cinema. Instead, it’s interesting at best and maybe should have been more suited for a television adaptation. However, Broadbent is brilliant and if you have never read the book, you may enjoy the locations of London. Fans of the novel may be very disappointed.