Written by: (based on the characters created) Leigh Whennell

Near the end of Insidious: The Last Key, the fourth instalment in this horror franchise, there is a scene of Rose Bryne and Patrick Wilson from one of the first two films. It was at this point that really planted a thought into my head. I cannot remember a thing about any of the previous movies. I remember the first two were about a couple and their son and the third was about a teenage girl. What happens in them I wouldn’t have a clue. This is the problem with this series. There is absolutely nothing remarkable about them that you can separate from the hundreds of other horror films of this kind. I remember what happened in films like It and The Babadook and It Follows because they approach the genre in a different way. Here we have another example of the quiet, quiet, loud…it’s behind you school of horror that has become the staple of multiplex horror films. I’m pretty sure by the end of the year I won’t even remember this unremarkable sequel.

Psychic expert Elise Rainier receives a message to investigate a series of unexplained phenomenon in New Mexico. In the house, she once called home. With her trusted sidekicks’, Specs and Tucker, with her, Elise has to face the demons of her past as she recalls her abusive father and the hauntings that made her leave her home and her young brother. Once back, she starts to understand where her psychic abilities came from and face a monster called the Lockkeeper.

This prequel to the first film (the events take place in 2010) is a mess. Jumping around time, showing the young Elise as she struggles with her special skills, which her father thinks that beating her will remove it, and returning to the present, doesn’t sit right in the realms of the storytelling, often stopping the action dead. The reason it struggles with this is the actual story is a shambles, never knowing what it wants to do with its characters and producing gaping plot holes. Writer Leigh Whannell, who also plays Specs as well as co-producing the film, wants to try and get as many shocks and twists in as possible, leading only to confusion and a lack of empathy with any of the people involved. 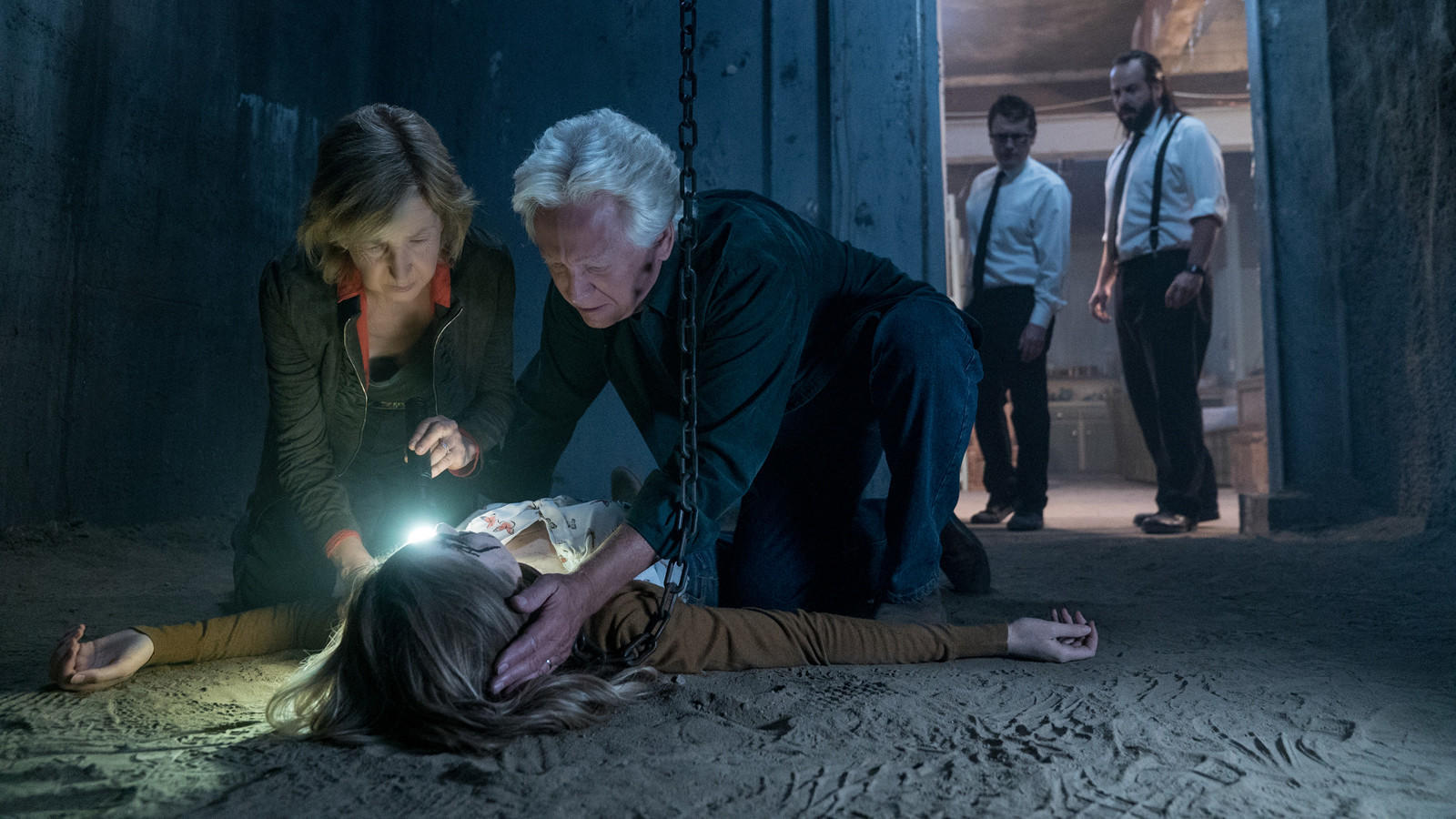 The strength of films like The Babadook and IT is that we get to understand the characters and so when the horror occurs, we are emoting with these people, making it even more shocking. Here it’s just a series of dark rooms and eerie shadows, where things jump out or appear to loud, spooky noises that will have people jumping the same way that going up to someone and shouting BOO! will make you jump.

The performances, as you would expect, are fine for these kinds of movies. Lin Shaye as Elise being the only one who looks like she is doing her best to keep things interesting and, even, afloat, and she is far too good for this kind of ordinary film. The rest of the cast go through the motions and you couldn’t tell one from another, mainly because most of the film they are in darkness.

Insidious: The Last Key isn’t terrible, it’s just pretty average. It isn’t scary, nor did it make me jump. Mainly because I have become immune to this style of horror plus I was more concerned that there was going to be a fight breaking out in the cinema between an adult telling a group of teenagers to be quiet and the abuse they threw back. Far more exciting than what was being shown on the screen.