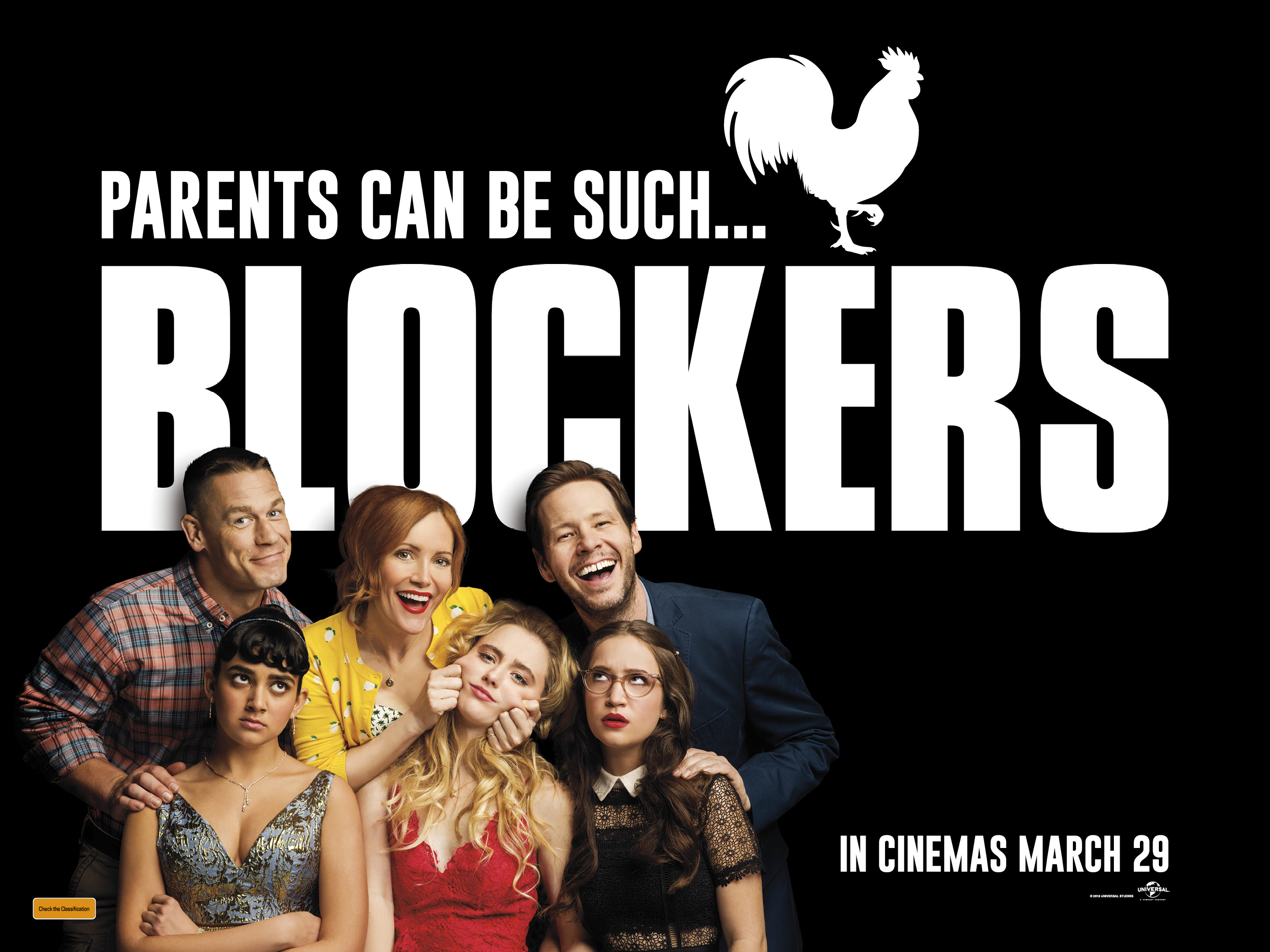 Blockers come from a long line of teen sex comedies about the youth wanting to lose their virginity. It’s a staple of these kinds of films in which there is the clumsy, desperate approach to the sexual act that usually ends up with the party involved having, er, egg on their face. Blockers, however, takes a different angle and instead of fumbling teenage boys, we get three girls who make a sex pact. Where the fumbling comes in is from the overly protective parents in a film that may not ignite the comedy world but tries to change how we perceive these kinds of films.

Julie is 18 and going to her senior prom before heading to university. Along with her friends, Kayla, a sports queen and Sam, a quietly spoken girl with a hidden secret, the three decide that to make prom even more special, it will be the night they lose their virginity. However, their parents stumble on their plan and decide they cannot allow their precious girls to go through with it. The night ends up with Lisa, Mitchell and Hunter heading off to track down their girls to stop them but finding themselves being put into awkward and embarrassing situations at every junction.

On the comedy front, Blockers offers nothing particularly new. A succession of toe-curlingly embarrassing situations involving bodily parts and nudity are inflicted on the parents of the girls as they desperately try to track down their offsprings. Ranging from an unusual way to chug beer to being caught up in a naked variation of hide and seek, the adults are the childish ones compared to the parents who are behaving like kids.

Nothing wrong with being a concerned parent except Lisa, a single mother who feels that once her daughter leaves home, she will be alone, Mitchell, a man obsessed with sports who has made her daughter a sporting superstar and Hunter, a divorced father who never has had a connection with her daughter, all have good intentions but go about it the wrong way.

Where the film is better than most is not the comedy but the way it deals with the politics. Normally it’s the males, coming at that age when sex is but an obsession, who take the limelight. Films like American Pie, Porky’s and the excruciatingly bad Lemon Popsicle (remember that?) have all dealt with the topic whereas it’s the girls who have been the victims of the clumsy, awkward boys. Director Kay Cannon, a writer on 30 Rock and creator of the Pitch Perfect movies, making her directorial debut, turns the attention on the girls. Yes, even they have urges at a certain age. Except these sassy young things aren’t the ones fumbling but finding that, as the night goes on, sex isn’t everything.

Reminiscent of the 1980 comedy Little Darlings, in which Tatum O’Neal and Kirsty McNicol make a bet to see who will lose their virginity first, this has three close friends making a pact for one night to become women and yet the one thing that most films of this sort do not tackle is the bond that friendship has. Do they go through with it is not the important thing here but how they react to each of their individual situations? These are girls in charge, having such empowerment that they make the decisions. as we watch the three parents trying to find their children to stop them from making the wrong decision, they need not worry.

It’s also refreshing to see a comedy dealing with sexuality in a matter-of-fact manner. In the past, gay meant an opportunity to ridicule. Here it is celebrated but not with fireworks but with honest support. It’s also a sign of the changing face of Hollywood that the three girls are not all perfect and white but the kind of girls you would see hanging out together, regardless of looks and race and sexuality. The performances are fun. Leslie Mann, a woman who can sometimes be annoyingly screechy gets to show her real comic touch as Lisa, while Ike Barinholtz is fine as Hunter. The three girls are terrific. Kathryn Newton, Geraldine Viswanathan and Gideon Adlon come across as genuine best friends and you believe they would look out for each other. The real star is WWE wrestler John Cena, as a military-style father who is possibly the most embarrassing thing this side of Eugene Levy’s father in American Pie. 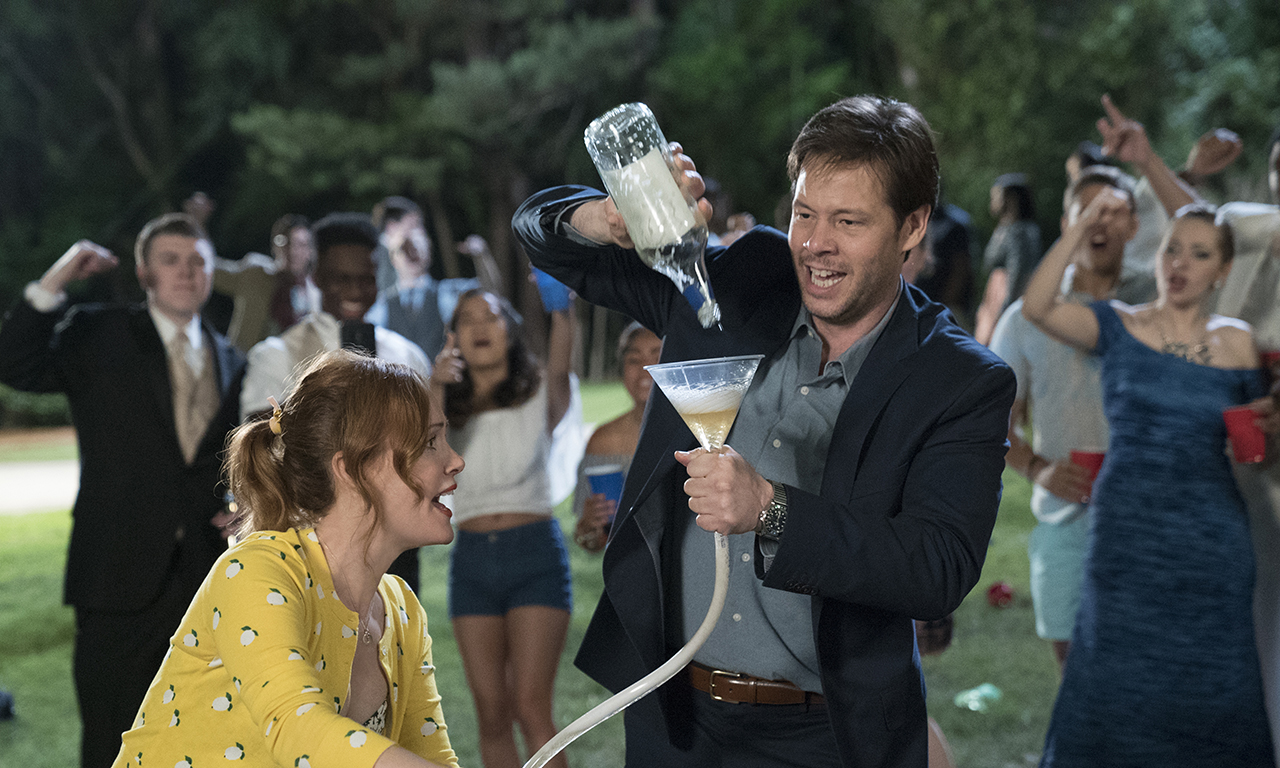 Blockers is never going to ignite the world as a comedy classic but it did have a few decent laughs and you didn’t mind spending time with the cast. It does get a little schmaltzy by the end but that can be forgiven when the filmmakers are trying to change our ideas of how these comedies should look and act.