It has been four years since we last saw The Inbetweeners causing havoc in Australia. The cast has all moved on but the creator of the original show, director Iain Morris, seems to be missing the boys because his latest effort, The Festival, might as well be called Inbetweeners 3. It follows the same beats and rhythms of the hit show, except this time set in the muddy, drug-filled world of the music festival. With one of the original stars returning, this may look like an Inbetweeners film but it’s more a miss than a hit affair. 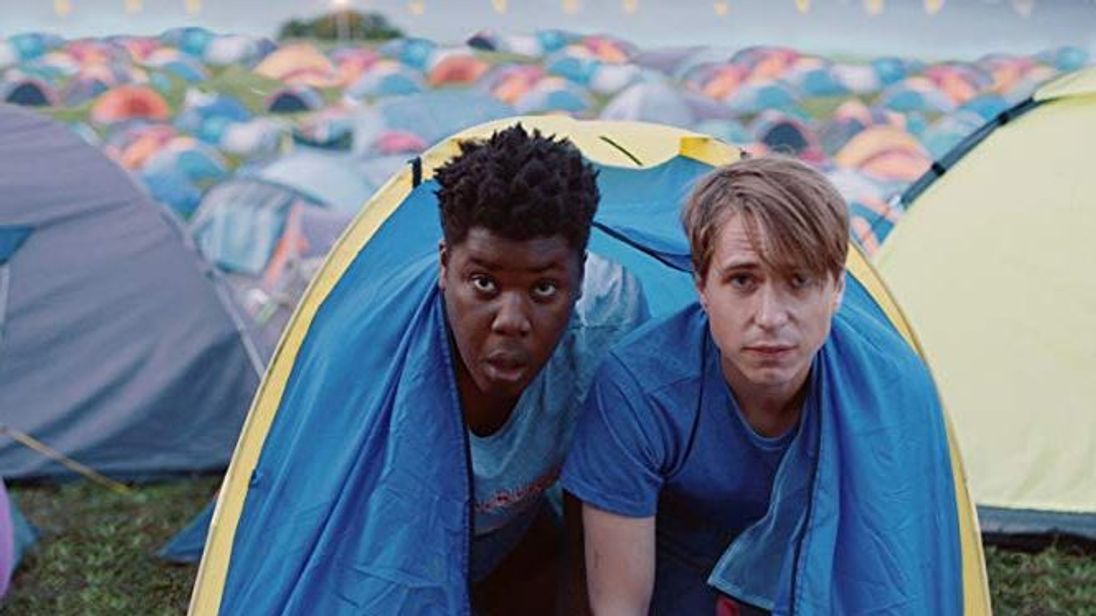 Nick has been dumped by his girlfriend, Caitlin, during his university graduation. Having a complete meltdown, his best friend, Shane, decides to drag him to a three-day music festival. Once there, the pair has to cope with a series of mishaps, mainly because Nick refuses to let himself go.

The film sets out its stall within minutes of starting, where Nick and Caitlin are sharing a moment while Nick’s musical choices are hardly appropriate. This is a film where subtlety goes out the window and jokes of the lowest common denominator are kings. Morris has a keen eye for the accurate and he manages to capture the chaos and craziness of a festival quite brilliantly. anyone who has ever spent time wallowing in the mud, having to use disgusting toilets and being crushed tent-filled fields will appreciate this more than anyone. He then fills the film with jokes about bodily functions, drug taking and hard partying that end up with either an embarrassing or painful punchline.

The trouble is, these jokes are the ones that fail. They just seem far too easy targets, especially when compared to the jokes that do rely on references to sex or what comes out of your body. Thankfully, there are enough of them to keep things afloat. A dream sequence involving Nick and a Smurf Girl as he sees their life together is a winner.

The cast gives it they’re all. Joe Thomas as Nick, a virtual carbon copy of Will from The Inbetweeners is an annoying, self-absorbed idiot who, in the hands of anyone else, would have the audience hating him. Thomas makes him an unlikely hero to root for. You want him to find happiness, just as long as he can loosen up. Hammed Animashaun as best friend Shane, is a perfect foil, with his obsession with one of the acts, Hammerhead, a DJ with a Hammerhead shark head (played by Noel Fielding). The film’s real stars are Claudia O’Doherty as Amy, a girl they meet on the train to the festival, who has a story for every occasion. She is bright, breezy and could possibly make reading the telephone directory funny. As is Jermaine Clement, he of Flight of the Conchords fame, as Robin, Shane’s compassionate step-father. His brief appearances lift the film and you long for a spin-off movie. It will be hard to listen to Crowded House in the same way. 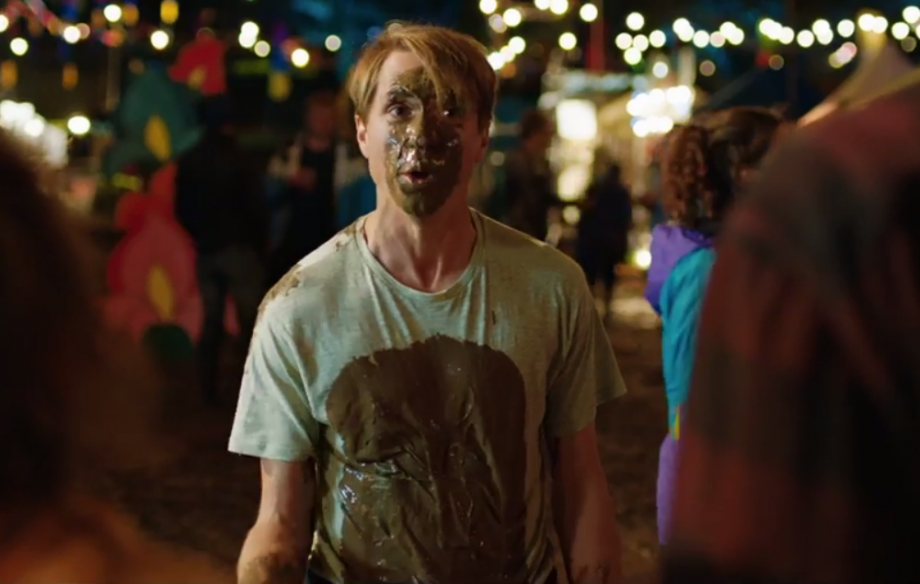 The Festival isn’t comedy gold as it should have been but it does pass the time perfectly fine and if you can survive the endless gross-out and cringingly embarrassing moments, it will pass the time nicely. Not as laugh-out-loud funny as The Inbetweeners but it will do.