Written by: Andrew Cosby and (based on the Dark Horse Comic Book “Hellboy”) Mike Mignola

With everyone jumping on the superhero bandwagon, how about a completely unnecessary reboot of a comic book creation first bought to the screen by Guillermo del Toro? The 2004 movie Hellboy and it’s sequel, The Golden Army, were witty, inventive and oozing with fun, plus it had the most perfect piece of casting, with Ron Pearlman as the titular character. Now comes the unimaginably titled, Hellboy which is crass, unruly and brutally violent. Oh, and it’s a mess. 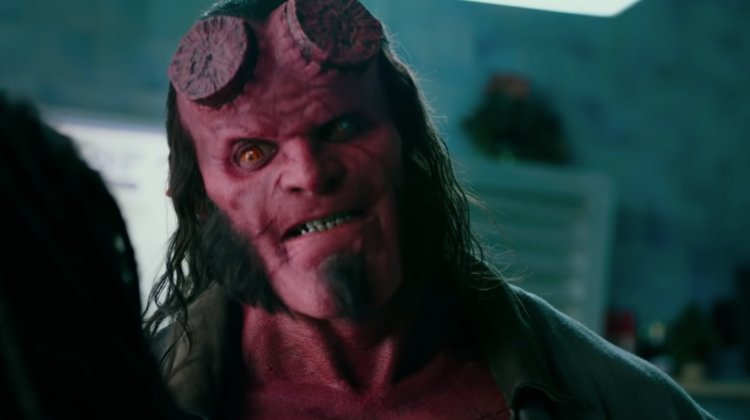 An ancient Blood Queen, Nimue, is dismembered by King Arthur and the pieces of her body scattered across the land. Move forward to modern times, and Hellboy, working for a supernatural investigation unit, is sent to find out why strange occurrences are happening in London. Cue the rise of Nimue, wanting to spread a plague across the land, and form a bond with Hellboy who just so happens to be related to royalty.

Neil Marshall, British horror director, has produced some excellent pieces of cinema, most notably Dog Soldiers and the terrifying, The Descent. However, that talent seems to have vanished here, replacing the genuine shocks of his back catalogue with graphic CGI gore and pointless set pieces that never drives the plot along, instead just delivers more shots of humans and monsters being ripped apart, splattered or beheaded.

The wafer-thin plot fails to hold any form of attention, and so we get disjointed sequences where Hellboy battles giants, creatures that look like cheap rip-offs from del Toro or scenes of mass destruction. All of which become increasingly predictable and unbelievably dull. Add to that, the excessive use of swearing which replaces the original Hellboy’s wit and charm, making the whole thing seem grubby and nasty.

Where del Toro’s film won through was continually surprising the audience, whether in its storytelling, design or creative creatures. Nothing comes even close here, going the feeling that there is no real love for Mike Mignola’s darkly comic creation. With more adult comic book adaptations around, like Deadpool and it’s clever use of language and humour, Hellboy looks like a throwback to the Seth Rogan comedies of the early 2000s, where if you say the F-word loads of times, it will eventually be funny. It’s not and just becomes lazy. 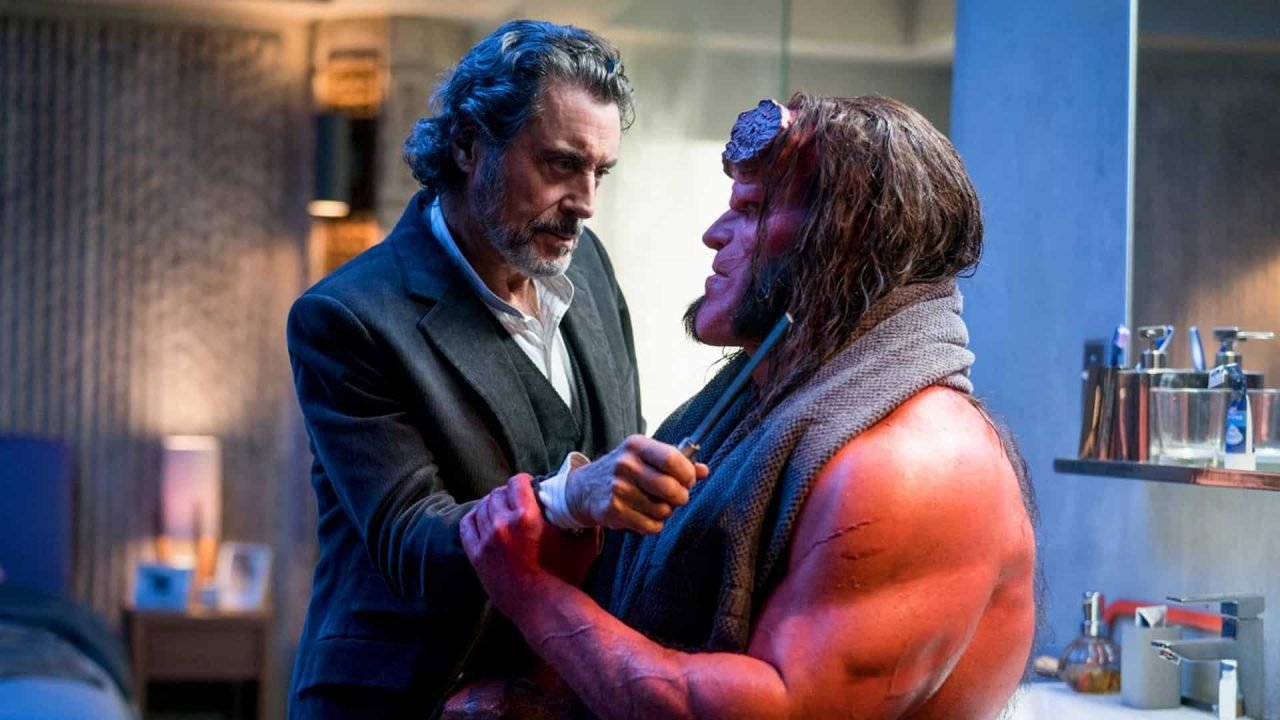 The performances range from the predictable to the outlandish. Ian McShane, stepping into the role initially played by the late John Hurt, is, well, Ian MacShane playing Ian MacShane as only be can. Milla Jovovich, as the witch, Nimue, has been given the book “How to play villainess in 5 easy steps” and followed it step by step, while only Sasha Lane as visionary Alice, breaths any real life into the film.

As Red, Stranger Things star David Harbour is fighting an uphill battle from the start. Pearlman has created the ultimate Hellboy, and unless you take the character into a completely different direction, you are never going to better or improve on it. Harbour decided to follow Pearlman’s lead and gives us a carbon copy, which is perfectly fine, but he let down by the ragged script and dubious dialogue.

Hellboy is a mess. An unholy disaster that never finds its feet, delivering poorly executed sequences, poor characterisation and a craving to be cleaned by del Toro’s vision. At two hours it feels longer, and by the end, you hate what was once a beautiful thing. Hellboy is exactly that. Boy, it’s hell!