In recent years, deep philosophical science fiction movies seem all the rage. From Gravity to Interstellar, space adventures have moved on from the Star Wars style. These are more emotionally based as the screen heroes are looking for more beyond the stars. Now comes Ad Astra, a film that fits neatly into this category. While the spectacle is there, the overall meaningful message seems lacking in a movie that feels unbalanced and incomplete.

Astronaut Roy McBride is the son of legendary H. Clifford McBride, a man who has led a team into deep space and has disappeared, believed dead. When Earth suffers from a massive power surge, it is thought it could be coming from Neptune, the place where Clifford was heading. Asked to find the source of the surges, Roy is sent to discover the truth about his father and stop the surges. Yet this journey is once of self-discovery.

James Gray’s science fiction epic starts off promisingly, with a spectacular and nail-biting beginning, as the power surge hits an enormous antenna which Roy McBride is working on. We then discover about the Lunar Project, a top-secret mission led by Roy’s father, which is never fully explained but seems quite dangerous. Roy accepts the mission to head into space and so the adventure begins. 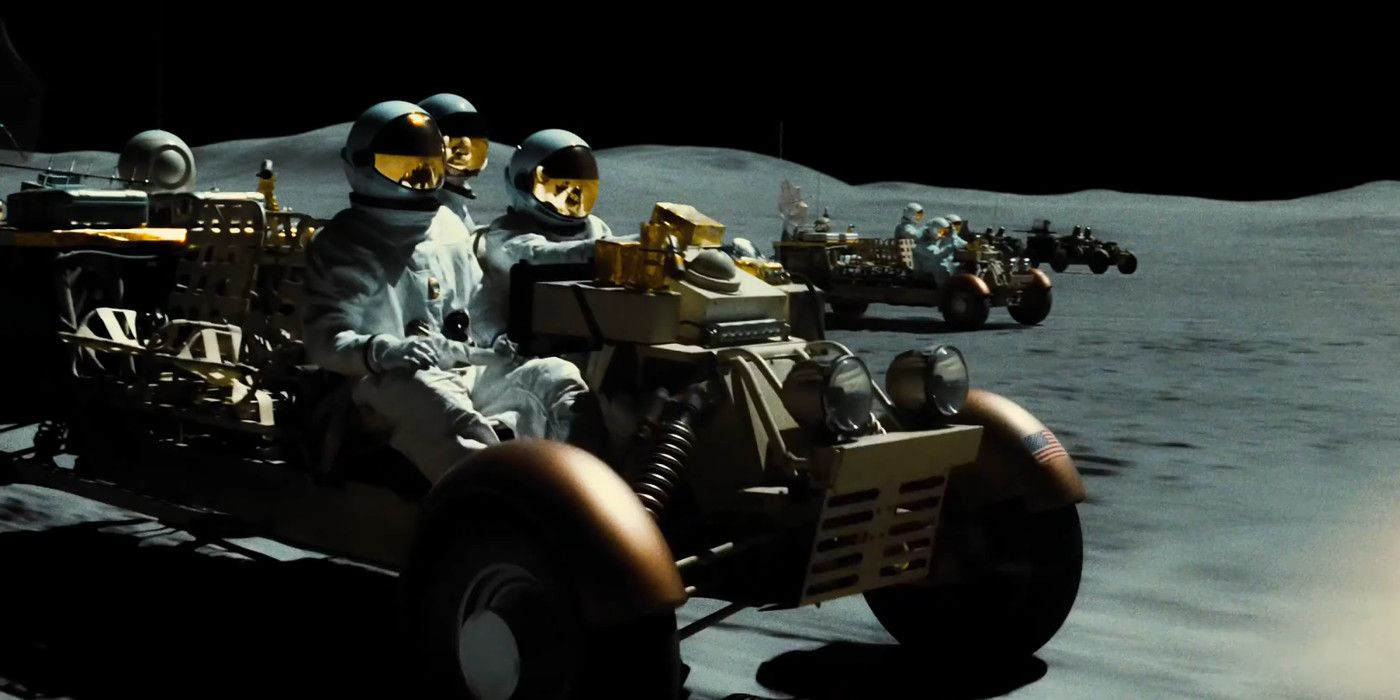 Coming across like a space version of Apocalypse Now and Heart of Darkness, this has Roy heading to Moon. Once there, he has to be taken to the dark side only to fight off pirates in a moon buggy car chase. While bringing a level of excitement, it does seem somewhat out of place with the film’s serious tone. This is where it becomes increasingly uneven. Outbursts of action are mixed with pondering, often tedious self-evaluation, as Roy tells us his every waking thought through a voice-over.

Once Roy reaches his destination, the last hour becomes a rambling conversation that explains nothing. It’s as if the ideas that led him into space in the first place doesn’t matter anymore and is more about the importance of having a father figure.

The overall look of the film is beautiful, with the same cinematography as Interstellar. It has the impressive, cinematic vastness of 2001. Yet the script just doesn’t gel and it feels like there was a good idea but nowhere to take it. This is a real shame as Brad Pitt, in the role of Roy, is terrific. He commands the screen, carrying the film with a mix of raw emotion. Yet he is sorely let down by a baggy film that drags badly in the last hour.

Ad Astra is a film that promises so much but delivers so little. It is lovely to look at, but that’s about it. You leave the cinema bemused and unsatisfied. A real pity.