There are not many films that leave you almost gasping for air, but The Lighthouse did precisely that. This bizarre, hallucinogenic feature from Roger Eggers, the director of the equally amazing The Witch, will anger some, baffle many but will leave the audience perplexed enough to understand that this is more than a movie. This is like watching a nightmare play out right before your eyes. It also has two outstanding performances which have both been wrongly looked over at the awards this year. Trust me when I say this: you will see nothing like this ever! 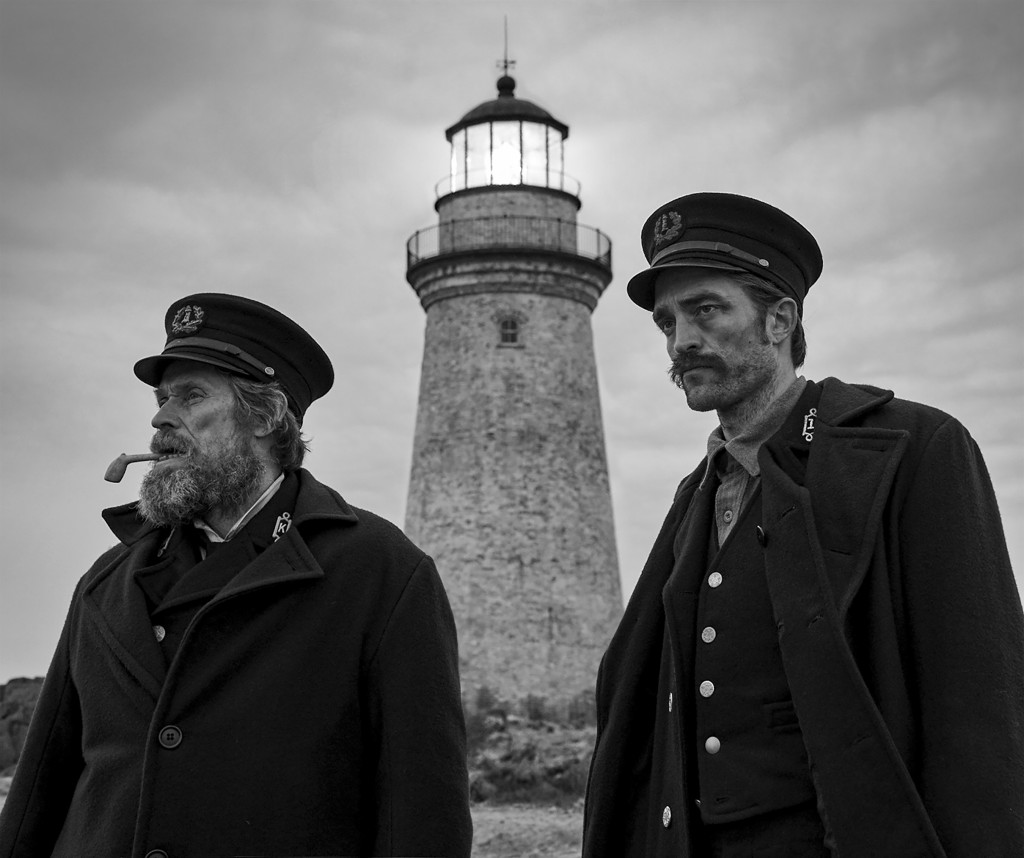 A New England island in the 1890s and a lone lighthouse is the only building there, with two men stuck for a month, completely cut off from the outside world. Thomas Howard joins seasoned keeper Thomas Wake, and as a newcomer, Howard has to attend all the difficult, back-breaking tasks during the day. In the evenings, he spends with the elderly gentlemen for a night of bickering and drinking. Yet as the days pass by, hunger hits when the food starts running out and drunkenness takes over, the men slowly descend into madness, while Howard is desperate to know the secret of the main light.

This is a film that is not for everyone. It never once goes down the lines of traditional filmmaking and storytelling. Eggers has skillfully created a claustrophobic nightmare. Shot in black and white, using a grainy film stock and filmed in Academy (when you watch, it doesn’t use the whole of the screen but a square image) it gives the impression of claustrophobia, exactly how the two men are feeling. Their four-week tour on the rock becomes a much longer time when a storm cuts them off. They have no idea how long they are there for. At one point, they can’t tell if they have been there for two weeks or two months.

Eggers’s film is full of symbolism, and while the story is sparse, it is rich with context. Is it a film of isolation, of friendship, of enemies, or madness. Months after seeing it, I still cannot put my finger on what it is truly about. This is a good film. It is so easy to layout a story and force-feeds the audience what the filmmaker is trying to convey. This can be taken in so many ways, it will have you discussing it long after you have experienced it and that is the best way of describing it. This isn’t a film, more an experience. It also doesn’t fall into any genre. Some say it’s a horror, yet it’s not in the traditional sense. Some would say it’s a psychological thriller, yet it could not be compared to any other psychological thriller before. It is dark, it is disturbing, and it is surprisingly funny as well.

The film relies heavily on the two leads, and they deliver in droves. Willem Dafoe, with the best beard ever seen on screen, is at his best. A salty seadog who speaks in a strange nautical language and spouts sea shanties like beautiful yet disturbing poetry is magnificent. He has created a character that, if you had to spend time with, you would try to get away from immediately. He is one of the scariest figures on the screen, yet you cannot help but want more from him. Like his counterpart, Robert Pattison is equally terrific. An innocent man who is thrown into this dark, isolating place and having to work, live and eat with, what can only be described, a madman, He slowly starts to descend into his own nightmare, where mermaids appear, and seagulls are his enemy. Anyone doubting Pattison as a right choice for Batman needs to see this. You will change your mind.

The Lighthouse will be unlike anything you have ever seen before. It is strange, compelling, shocking, bewildering and beautiful in equal measures. It’s a film that will stay with you long after you have seen it and you will be talking about, probably years later. It’s a crime that it has been ignored at the awards this year as it is a unique piece of filmmaking from a director willing to take risks. A masterpiece of bizarre.