Written by: Clive Dawson and (based on the short story) Sydney J. Bounds

Films with the word “Mars” in them always seem to signpost disaster. Even when the word is removed (see John Carter, formerly known as John Carter Of Mars) they suffer the curse. So The Last Days Of Mars should have been a total dead loss. Surprisingly, for a low-budget, B-movie, UK, Irish, US co-production, it isn’t. It’s not a masterpiece by a long shot but for a piece of nonsense it manages to do a respectable job.

A group of scientists, on the last few hours of their tour of duty on Mars, are preparing to leave when one of their team discovers something and goes out to investigate. While drilling, the planet’s earth caves in, leaving the Russian scientist lying in a sea of mist, presumed dead. As the team head off to find their colleague, it becomes apparent that he is not dead but has induced some form of disease that changes him into a zombie-like monster. Soon the rest of the team are fighting for their lives with help only a few hours away.

Before we really start, the film is as daft as daft can be. It doesn’t have an original idea in its body and it steals from everywhere. Yet it’s that familiarity that helps moves this along. So we get a little bit of Alien, a slice of The Thing and a bundle of Night Of The Living Dead as well as a host of other zombie/infected horror films. What it also has are performances that are far better than a film like this deserves.

It starts off well as we see this mixed bag of nationalities working together and we get clear-cut characters almost instantly (the angst-ridden lead, an angry female, a too-cool-for-school team leader) and it’s amazing how quickly we learn about them so that if anything should happen to them (and, let’s face it, we all know it will) we can emote with them. A step that Prometheus managed to miss as we didn’t know who half those crew members were, so we didn’t care.

Then it becomes a mildly tense battle of survival, as they remaining team try to battle off their now monstrous fellow crew and trying to avoid being touched or have their skin broken otherwise they too will become infected. While all this mayhem is occurring, there is a cautionary tale hidden, that of the dangers of being in space. How do we know what diseases lurk in the surface of these planets? 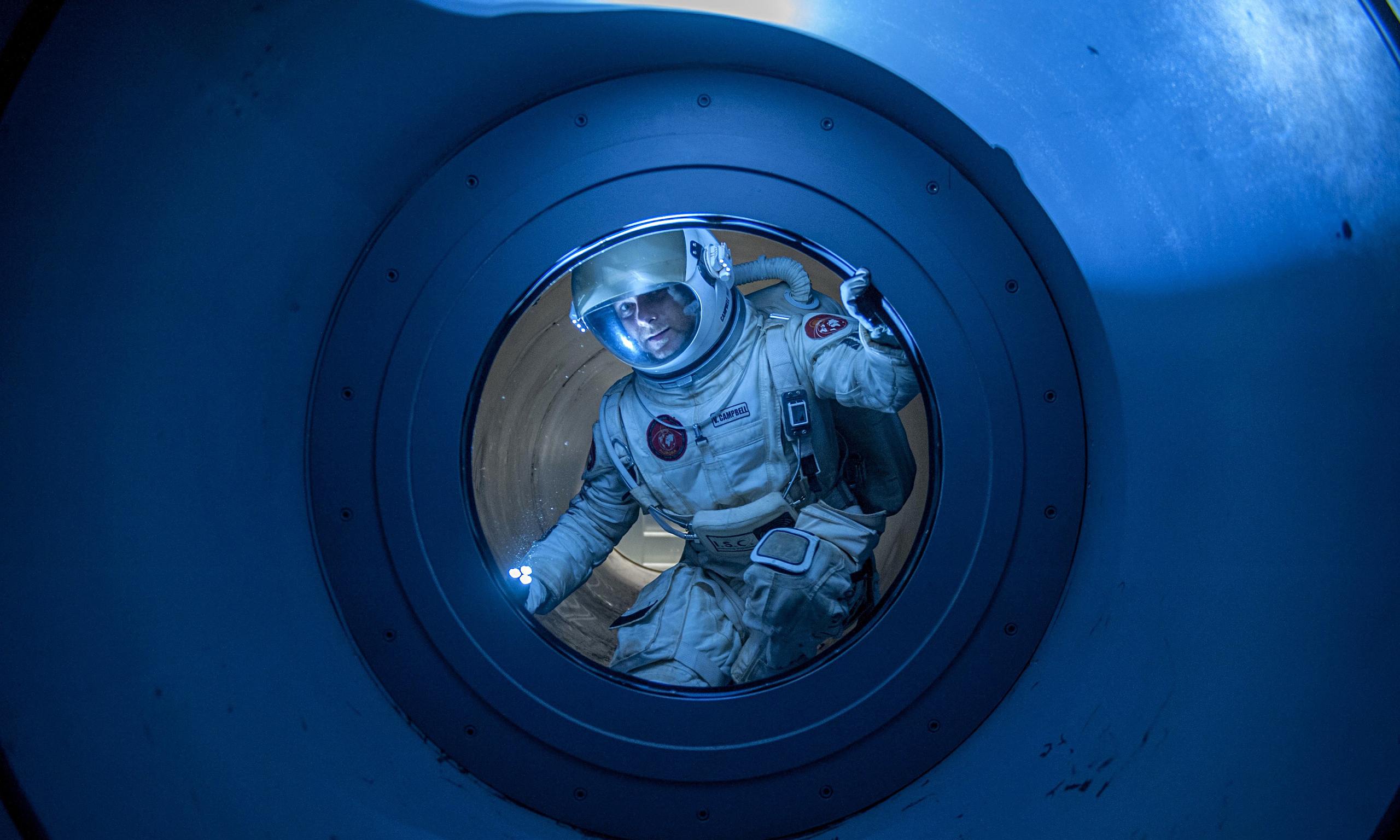 So the horror fans are kept happy and while it’s no Walking Dead or 28 Days Later, it does have some very tense and exciting moments as the crew are turned one by one. Even a surprisingly emotional moment in the final act and a very satisfactory if downbeat ending.

As I said, the performances are far better than a film like this should have. If you want an actress to do irate and angry, then you turn to Olivia Williams and she always adds a touch of class to any film. Romola Garai is also good as the chief medical officer who struggles to understand this virus. The film, however, hangs on Liev Schreiber’s shoulders as a man with memories that affect his own state of mind. He is far too good for this kind of thing and yet brings plenty of conviction and believability to his role. It goes to show that even the most shallow piece of nonsense, you can still deliver a five-star performances.

So some of the dialogue is laughable and the situation is silly but for a piece of popcorn fodder it does the job well. It won’t win any major awards or change the way we look at the world but if you like a slice of sci-fi horror, then this does the work. The title is very misleading. Really it should be called The Last Hours On Mars. Either way, the curse of “Mars” has been broken.