Titles to movies can sometimes tell you everything. A bit like telling you the plot before you enter the cinema. Lone Survivor is a perfect example. It doesn’t leave too much to the imagination as to what the film is all about. Wakolda, however, doesn’t even give you a hint or a clue. It tells you nothing, which is a good thing, because behind that weird title is the story, based on true events, that is send shivers up your spine and is a self-assured, gripping, if sometimes patchy, thriller.

A German doctor, in Argentina during the 60’s, asks to follow a family down a dangerous desert road. The family is about to start a new life opening a hotel. The doctor starts to build some trust within the family, although he seems fascinated with daughter, Lilith, a 12-year-old who is the size of an 8-year-old. Mother Eva is pregnant with twins, which also draws the doctor closer to her, giving her vitamins to help with easing the birth. What the family doesn’t know, is that they have invited a monster into their lives and he has plans for the girl and the twins for his own means.

Writer and director Lucia Puenzo, who made the emotionally charged XXY, has been handed a gold mine of a story. The tale of a stranger entering into the lives of people and building upon their trust in order to extract personal gain is not a new subject matter for cinema, yet here it based on true events, which makes it even more powerful. Thankfully, Puenzo doesn’t have to delve too deeply into horror to produce a terrifying tale of a man who can manipulate a situation for his own evil means. 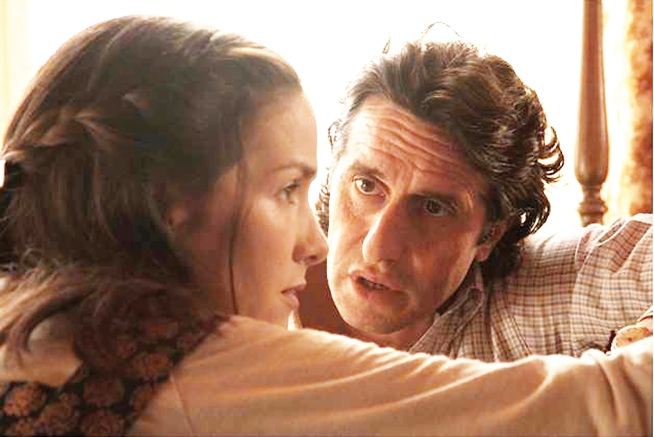 Beautifully shot and crafted, mainly set around the hotel the family become involved with, Puenzo’s film moves along sometimes slowly, building up on the tension and leaving the viewer to ask themselves several questions. Is this man there to really help with Lilith’s hormonal difficulties and to ease Eva’s pregnancy? Or are there darker forces here. Thankfully she doesn’t throw these answers up immediately and takes her time to reveal the true identity of the doctor (which I will refrain from sharing for fear of spoiling the movie).

As the film moves along, another layer is revealed as to the purpose of this doctor’s interest with the family, first capturing the heart of the young girl bullied at school for her size, then the mother, whose experiences at a German school helps with communicating privately with the doctor and finally trying to win over the father, a doll designer. It’s all done at a pace that might infuriate those not use to walking than running.

The performances are universally first class, with young  Florencia Bado as Lilith, giving the adults a run for their money with a very mature approach while Àlex Brendemühl as the doctor is possibly the most sinister character on-screen in years. he doesn’t have to be violent, or brutal, just stand silently, which is the power of a brilliant actor.

Wakolda is not for everyone but those who do venture to see it will be given a satisfying experience that, while a little too leisurely w=in its pacing, is still a powerful and shocking story that stays long after you have seen it. By the way, the title refers to a doll belonging to Lilith that her father has designed and that the doctor uses to build up his trust.