There’s nothing in this world than a small slice of familiarity. So when you see that the boys from The Inbetweeners are back for a second movie, its like wrapping yourself up in a nice, comfortable blanket that you’ve had as a kid. You know you are going to be safe and secure in the knowledge that, for 96 minutes, you will hear every swear word under the sun, listen to endless references to body parts and, if you are really lucky, have to deal with excretion, urine, vomit and any other number of fluids or objects that can be extracted from the human form. Yes, you are certainly in safe hands with some big, big belly laughs to ease away any of the stresses of the day.

Jay has headed to Australia where he claims to his friends, Will, Simon and Neil, that he’s become a huge success. With Will lacking in friends at University, Simon in an unhappy relationship with psychotic Lucy and Neil being, well, Neil, the three decide to surprise their friend and fly down under, only to be greeted by a less than glamourous lifestyle. When Will meets a former school friend, Kate, he persuades the others to join the backpacking crew while at the same time, each dealing with their own problems.

Fans of the series and the previous, incredibly successful film, will be in heaven as they haven’t changed a thing. These friends may be older but they are certainly no wiser and so the humour is still in tact. It’s rude, it’s crude and, in some cases, downright disgusting and most fall to the lowest common denominator, yet where most American comedies fail to hit the mark, here it works, thanks to strong direction and a cast that are comfortable in their roles.

Writers and directors Damon Beesley and Iain Morris try not to alter the contents but at the same time, throw in some delicious comedy treats, like an inventive opening sequence, which could easily be the start of an exciting new fantasy film, as well as Jay’s Australian world, which has more going on in the background than what Jay is actually talking about.

So how comes this works so well when other comedies have fallen flat on their faces? Could it be that there lives inside us a person who recognises the character traits, the conversations of the hapless four? Or could it be that the script is genuinely funny and some of the gags come at us so unexpectedly that we are almost shocked into laughing?

Comparing this with the other TV spin-off of late, Mrs Brown’s Boys, you can see why The Inbetweeners works so well. They already had a show that was restricted by audience laughter or fake TV settings. They were already on film and could venture out the usual confines of situation comedies. So when the film came out, it was like watching an extended episode. The same here as well as having a script that, while infantile in places, delivers some terrific punches, like Will’s rant about middle class people pretending to be something else.

Of course we have to deal with some shocking sequences which will have you cringing in disgust as well as the funniest rendition to “The First Time Ever I Saw Your Face”. Again why these scenes work so well is the element of surprise and layering a joke with not one but two or three extra gags. 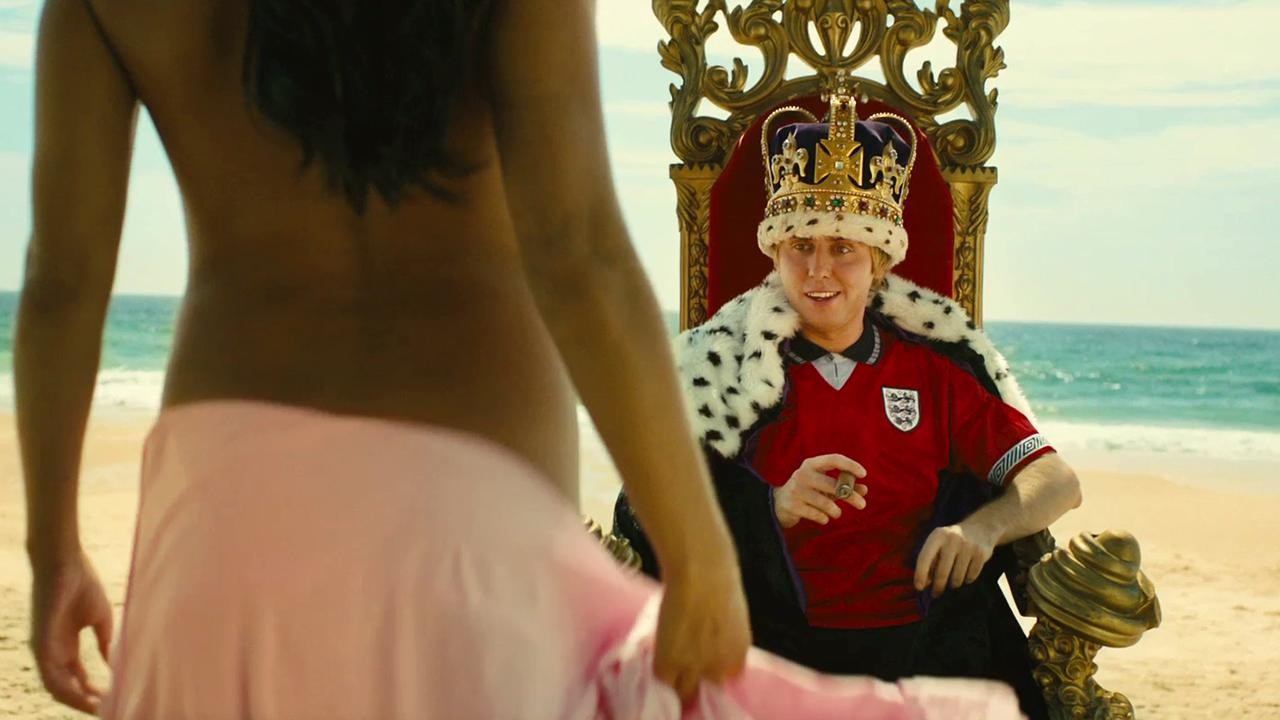 The Inbetweeners 2  is a whopping good laugh that will have you feeling a little queasy as well. In a time when a good comedy is hard to find, we can rely on old friends to deliver the goods and they do it in style. Maybe not in style but you won’t leave without once laughing out loud.