It was 2011 when we first met the gentle retirement folks who visited the Best Exotic Marigold Hotel and won our hearts with their charm and warmth. Now, the popular comedy drama has a follow-up with the return of the talented cast and director. While it still holds plenty of warmth, it’s a film crammed so much with subplots that go nowhere, leaving us with a film without heart.

Sonny, the owner of the Best Exotic Marigold Hotel in India, a haven for retired folk, has bigger dreams. he wants to open another hotel. Only problem is, he is on the verge of getting married and he’s waiting for the arrival of a hotel inspector who is part of a corporation he wants to go into business with. Meanwhile, the ex-pats who have now moved in to the hotel are having to cope with their own individual difficulties while an American writer arrives and instantly has an eye for Sonny’s mother.

As before, this is a classy affair. Director John Madden has a keen eye for the environment, brimming the film with colour and an air of wonderment for a place not often seen. Each scene is bright and alive, a perfect canvas for the massively talented cast to wander around in. Where the film is lacking is in its plotting. 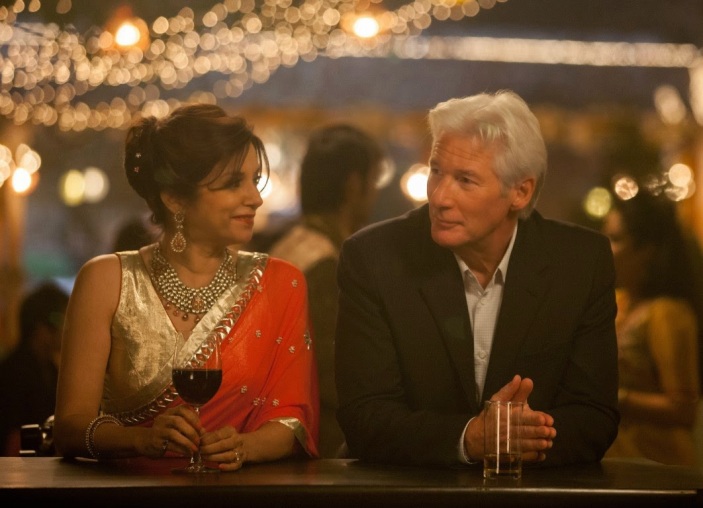 While the central story of exuberant Sonny’s big dreams of expanding, with the help from cantankerous Muriel Donnelly and an American retirement company is fine, as he starts to forget the important thing in his life, his future wedding, the rest of the cast are given less than exciting plot lines, some of which are so ludicrous, you wonder if they are there just there to give them something to do.

The least favourable story lines involve aging lover-man Norman believing he has accidentally put a hit on his new girlfriend, while his female counterpart, Madge, is pulled between two suitors and finds herself being drawn to her chauffeur. The quietly underplayed relationship between gentle Douglas and Evelyn, now a cloth buyer, continues and yet you do wonder how long they can drag this out.

With so many baggy subplots, the film starts to feel disjointed and off-balance, so the wit and humour of the first film is lacking and the heart-tugging moments leave you feeling nothing. A real pity as the actors do their best with the material and you do enjoy spending time with them.

Maggie Smith, as Madge, steals the show once more with her honest approach to life. She lights up the screen every time she appears, usually with a witty or foul-mouthed one-liner, delivering each line with perfect comic timing. Judi Dench once again delivers another perfectly controlled performance and her scenes with Smith are some of the film’s highlight. Bill Nighy is suitable shy and uncomfortable and while Dev Patel’s over excited Sonny does grate, he manages to keep the energy throughout.

The inclusion of Richard Gere as the American writer is a bonus and out of all the Hollywood stars around, he seems to fit in perfectly well, with a performance that is just as perfectly placed as his co-stars.

This has the same level of charm as the first film and you do get swept along with the gentleness of the characters and their surroundings. It does entertain and is increasingly watchable. It’s such a pity that the plot doesn’t match up to the original. So as the title suggests, this is literally The Second Best.