Some films will challenge you. Some you can sit back and let ride over you. The Falling doesn’t fall into any of those categories. It’s a film that is striking in its visuals yet will mess with you head and might even give you a nose bleed for how ambiguous it is. It’s impressive yet will drive you crazy trying to fathom out what it’s truly about. 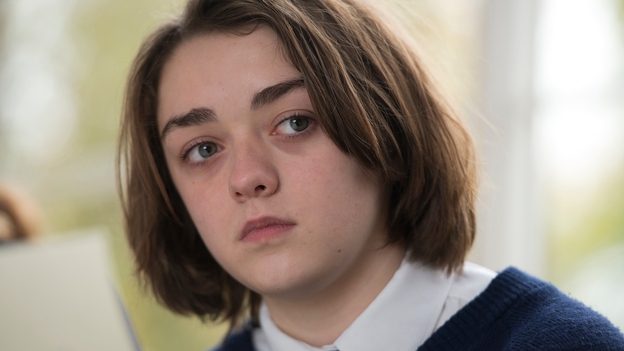 Late 1960’s in an all-girls school where carefree Abbie is best friends with troubled Lydia. When the school suffers a tragedy, strange things begin to occur. The girls start to face a fainting epidemic that not only is bemusing the strict teaching staff but is also affecting them too. Is Lydia at the centre of this or are there darker forces at work.

Director Carol Morley, who made the brilliant documentary, Dreams Of A Life, has created a unique, strangely hypnotic world where we recognise the settings and situations, yet they all seem dream-like, as if we are in some bizarre fairy tale. Which fits the tone of the film completely because you will get whatever you put into this film. Nothing is explained.

It is often said that the best cinema is that where the audience has to work and here you need to put in for overtime. Morley gives us the outline and then lets us work out what is happening. Why are the girls fainting? Is it pent-up sexual repression? Is it the teenagers changing? Is there something causing it from the woodland and lakes just outside the school.

Using beautiful landscapes and sometimes hallucinating images, very quick edits of images that you think you have seen and maybe you haven’t, Morley creates an atmosphere of pure imagination. Add to that Tracey Thorn’s hypnotic score and the soundscape of a children’s orchestra while adults speak as if they are in the distance, it all leads to plenty of head scratching and self opinions.

Yet while the film doesn’t answer all the questions and lets you decide what exactly is going on, the final act somehow fails, as Morley herself tries to tie up all the loose ends, yet even she falls down, which leads more to melodrama than drama.

The performances are first class. Maisie Williams, from Game Of Thrones, is one of the most interesting actresses around and as the mysterious Lydia, she captures a girl troubled by her family and by her lack of knowledge as she approaches her own sexual awakening. Newcomer Florence Pugh impresses as Abbie, while the always fascinating Maxine Peake, as Lydia’s agoraphobic mother, has an air of strangeness about her and even though she hardly speaks, you somehow are drawn into her very existence.

I know this review may sound confusing but trying to convey this film on paper is like trying to precis War And Peace. An almost impossible task. Yet seeing The Falling, however strange or weird it is and gets, is also oddly compelling and eventually satisfying. It also lingers long after you have seen it. Flawed as it is, it could easily play as a companion piece to the excellent The Wicker Man. See it and make your own mind up.