People tend to forget that outside the worlds of Disney, Pixar, Dreamworks and Studio Ghibli, animators from around the world are busy creating wonderful stories and captivating looking films that are often ignored. Sadly, this seems to be the case with Song Of The Sea, an Irish/Denmark co-production, which frankly should be seen by everyone who loves cinema, who loves magical tales of fantasy and who love beautiful animations.

Ben, a young boy, lives in a lighthouse with his young sister, Saoirse, his father and their pet dog. When his grandmother decides its far too dangerous for the children to live by the sea, she takes them to the mainland, where Ben immediately runs away, wanting to return home, his sister in tow. When he doesn’t realise is that Saoirse is the last of the selkies, a girl who can turn into a seal, and that she is the answer to saving the fairies, captured in the modern world.

Director Tomm Moore, whose previous film, The Secret Of Kells, was the story of a young boy caught up a lyrical, mystical world, has returned to the same themes here. A luscious tale brimming with huge imagination and wonderment, as Ben finds his nearest and dearest aren’t what they seem, taking him on a journey of discovery. The style of Moore’s world has an air of folklore about it, while being completely original. 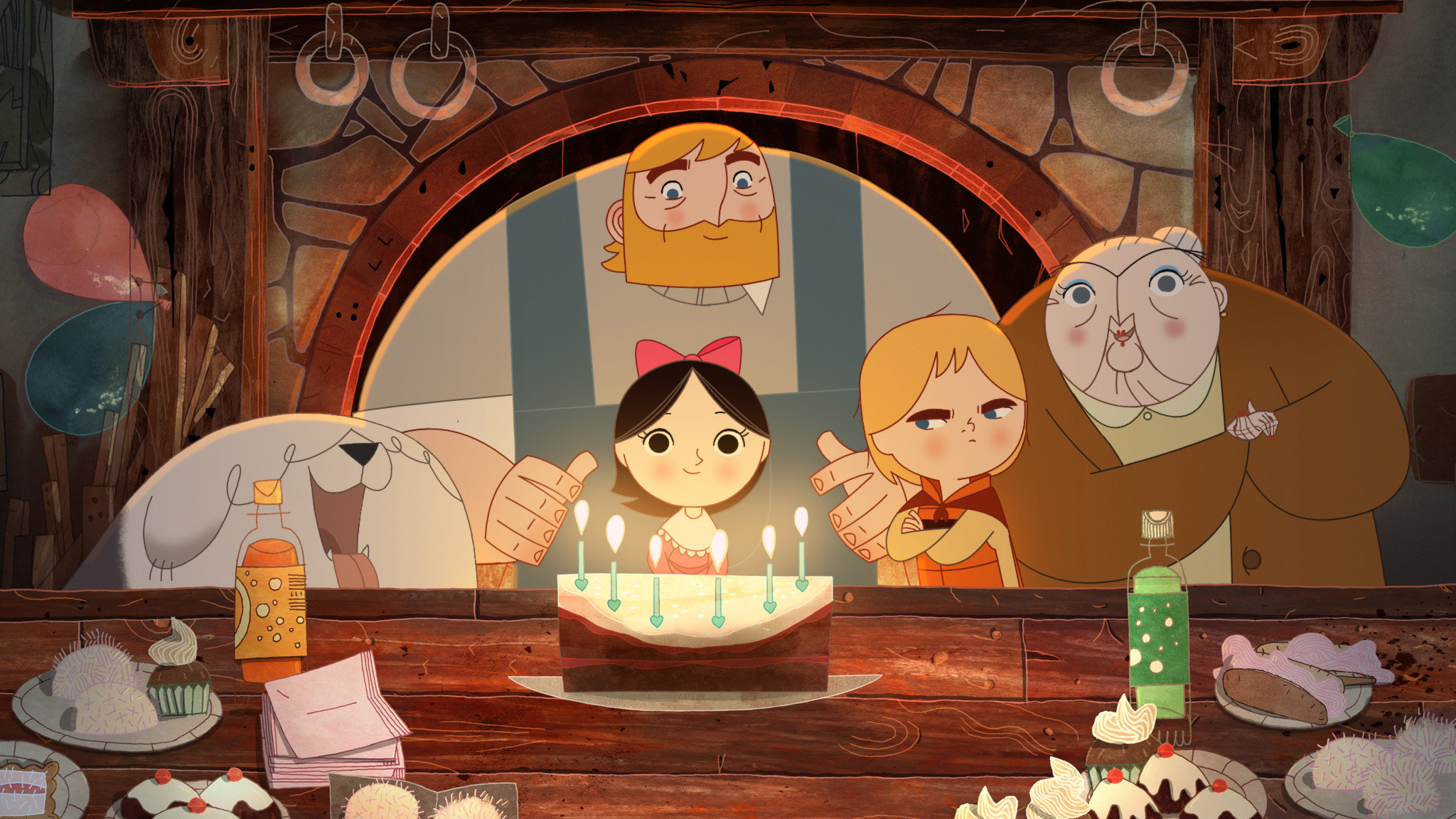 Watching the film, you find yourself being swept away by the vibrancy of the colours that adorn the scenery. Every inch of frame has something unique hidden away, so if the central story doesn’t interest, then viewing the background is just as gripping. Yet the story does hold your attention, as the youngsters meet with fairies that turn to stone, owls who collect emotions in jars and tales of giants, so upset that they are protected by being turned into islands.

The film has the same creative flair as that of Studio Ghibli. You can see, not only in the magical story telling but in the style of the piece. Yet it remains completely different, bringing its own visual treats while engulfing us in a family friendly fantasy that could easily be torn from the pages of Irish fables. Add to that the incredible soundcraft and, more importantly, the music.

This is a film that relies heavily on the music to capture the mood and tone of the piece. Swarming with beauty and grace, the soundtrack is made up of Irish folk songs that quietly engulf us even further into the film. It is a special talent who can bring both the beauty of the visuals not only through sight but through sound. These two merge together magnificently.

I was utterly entranced by this film. There were moments when I was so drawn into the film I literally gasped at its unbelievable beauty. This is more than just another animated film. This is a delicate work of art and it should be applauded by all who see it. I urge you to track this wonderful little film down. Utterly beguiling.