Written by: John Franics Daley,  Jonathan M. Goldstein and (based on the characters created) John Hughes

Back in 1983, Chevy Chase, at the height of his career, starred in the hugely popular National Lampoon’s Vacation, a tale of man’s determinations to take his family to the theme park, Walley World. This started a series of popular, if not always, successful, Vacation films. Now we have a new entry that we are never quite sure is supposed to be a sequel or a reboot. Either way, this is another American comedy that relies on crassness and body parts to get its laughs and quite frankly, it’s getting boring. 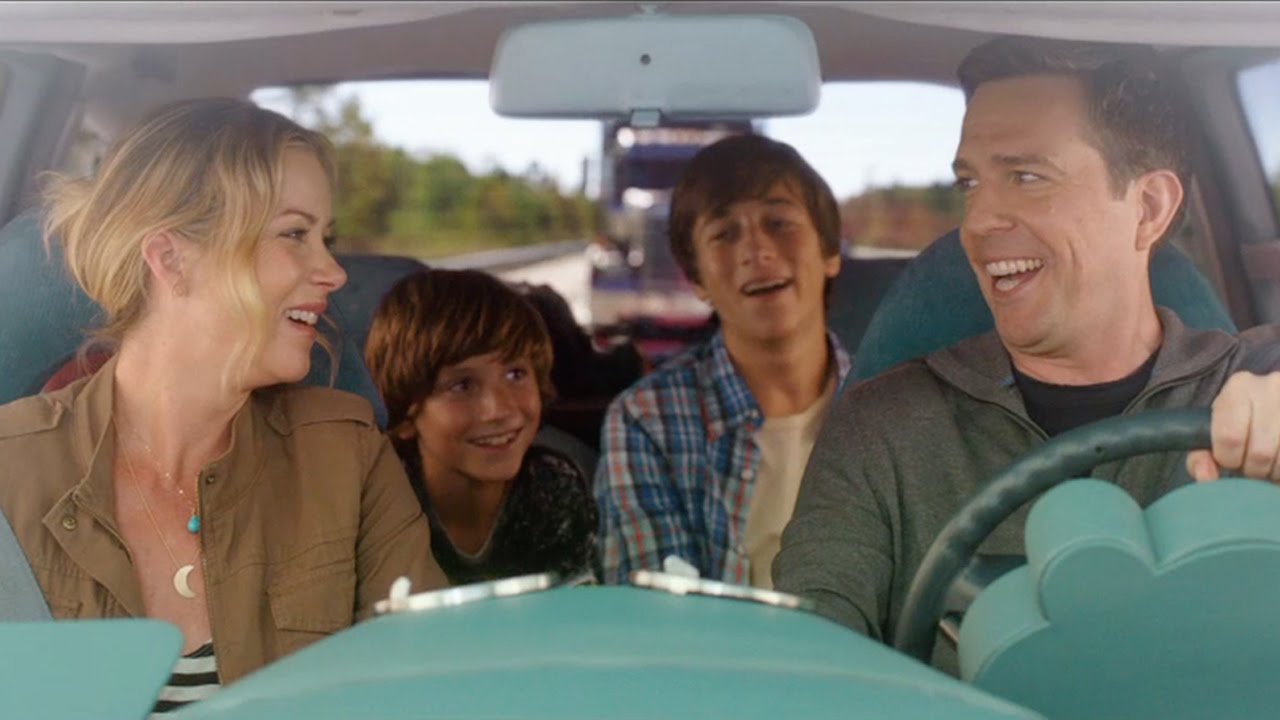 Rusty Griswald has grown up, become a pilot and has a family of his own. His two boys, gentle, caring James and his younger brother, the bullying Kevin, hate each other, while wife, Debbie, longs for more than just another vacation to a wood cabin. Rusty decides to bond with his family and take the legendary road trip to Walley World, just like he had done with his family when he was young. The trip, of course, turns into a disaster at every turning.

What writers and directors, John Franics Daley and  Jonathan M. Goldstein has not got from the original Harold Ramis directed, John Hughes written film, is a sense of innocence. Theirs was a tale of man, going against the odds just to make a point and under every known disaster, is desperate to succeed. This modern version is just an opportunity to string together a series of gross-out gags that fail to raise a smile.

Actually, that’s not strictly true because there are the odd moments when the new Griswalds adventures do inject some humour but these are few and far between. The original film wasn’t full of laughs but at least it had the good sense where to draw the line when it came to taste. This, like films such as We’re The Millers and Horrible Bosses, rely so heavily on the lowest common denominator, jokes about sex, bodily fluids and, well, more sex. It’s becoming almost tiresome. You’ve seen one penis joke, you’ve seen them all.

The film kicks off with a credit sequence including the original Lindsay Buckingham song, Holiday Road, that was used in the Chevy Chase film, accompanied by a series of photos from the Awkward Family Photos website and these are hilarious. Unfortunately, the tone isn’t set for the rest of the film and you yearn for them to show more of these crass yet funny shots that with completely unintentional. Having to then spend the rest of the time with the Griswalds, the jokes run very thin. In fact, the best ones don’t involve sexual abuse or vomiting, yet these are few and far between.

Ed Helms, playing the older Rusty, lacks Chase’s comic flair for slapstick and pratfalls. Where Chevy could give a look and it was funny, Helms lacks that ability. Christina Applegate makes for a fine Debbie and we know she can be genuinely funny (see Anchorman), yet she is given nothing much to do. In fact, it’s up to the two boys, Skylar Gisonda and Steele Stebbins, to come up with the best lines.

Vacation is a missed opportunity. What could have been a delightful trip down memory lane just leaves a bad taste in your mouth. Even when the elder Chase finally appears, you long to return to your home and watch the glory days of that original. Reboot? More like a rehash of jokes that weren’t funny in the first place.