Romantic comedies can be like watching a fairy tale. Unrealistic characters living in dream houses, who look amazing and yet cannot get a date, falling for impossibly handsome men to the tune of some soft rock act. Which is why Trainwreck is a welcome change to the endless tripe that is delivered as rom-coms. Written and starring comedienne Amy Schumer, who, and I hope she won’t mind me saying this, isn’t the perfect Hollywood looking woman, playing a character with flaws. A lot of them.

Amy has always listened to her father’s advice about relationships and that monogamy doesn’t work. She has on-off boy friends while never entering into commitments. Working for a magazine, she is ordered by her boss to interview a sports surgeon, Aaron. Spending a night with the doctor, she soon finds herself being drawn into a relationship with him. Something that scares her.

Helmed by experienced comedy director Judd Apatow, this is a much more honest rom com, as it’s based, very loosely, to Shumer’s real life. The film follows Amy as she tries to come to terms with having someone who is genuine and kind and not just there for a one-night stand. The humour rises from her reactions, how she struggles with having someone wanting her for her and not as just as an object.

Filled with nicely placed celebrity cameos (Matthew Broderick, Daniel Radcliffe, Chris Everett) the film is funny but not consistently. It doesn’t have a gag-a-minute feel about it. In fact, the jokes sometimes take a long time coming, and in a film that lasts just over two hours, you do question if there needed to be some editing in places. Apatow’s films are always slightly too long and there same can be applied here.

When it is funny, it is laugh-out-loud funny. It doesn’t always rely on the base, low-level humour that populate modern-day comedies. It is there but Schumer has the good sense to use situations and character to play out the jokes. There’s plenty of gags about sports, about removal of stereotypes (none more so than the brilliantly funny Basketball superstar LeBron James, who although a multi-millionaire, refuses to pay out for meals or sunglasses and has a love for Downtown Abbey).

The performances as pitch perfect. From wrestling star John Cena’s hulking boyfriend with a fine line in homo erotica, to Brie Larson’s sweet-natured sister who seems to be married to the safest man in the world and her near-perfect step-son. Bill Hader, as Aaron, the man who falls for Amy, is perfectly kind, and undemanding and there has been criticism about him being too weak, yet I thought he was absolutely right for the role. Amy needed someone stable to take her on and it is a perfect counterpart to her wild child.

This is Amy Schumer’s film. She commands every scene with her expressive face and fine line in sharp witticism. When she is funny, she is extremely funny. When she has to bring it down a notch, she can control herself and a sense of vulnerability comes across. She is a definite star in the making.

Yet the film stealer comes in the form of someone you least expect in a comedy. Tilda Swinton, virtually unrecognisable, is hilarious as the sarcastic and vicious chief editor of the magazine Amy works for. With her acid tongue and don’t care attitude, she steals it from everyone around her and shows she is just as good at comedy as she is in her dramatic roles. Could this be a new direction in her career? 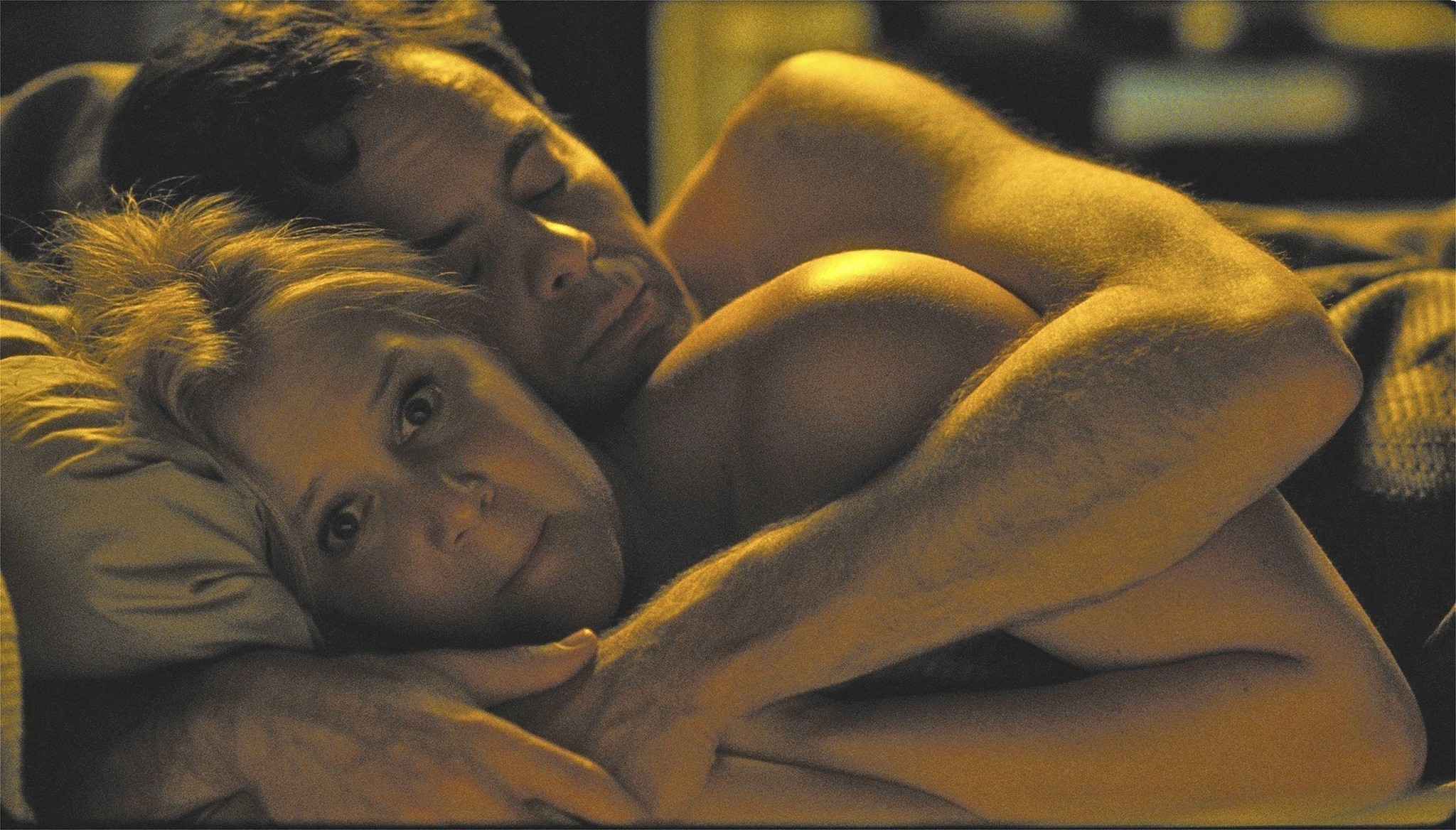 Trainwreck is refreshingly honest about modern-day relationships. When it works, it is sharp and painfully funny. It doesn’t always hit the target and there are just as many misses as there are hits. Yet it does manage to remind us that not all rom-coms are soft-focus and vomit-inducing. It does have a typical Hollywood ending, which does sit uncomfortably with the rest of the film, but any movie that can take that iconic scene from Woody Allen’s Manhattan and give it a very modern twist is okay with me.