Written by: Drew Goddard and (based on the novel) Andy Weir

After quite a few bum notes making epic dramas (and the least we say about The Conselor the better) Ridley Scott is back to the genre that made him successful, sci-fi, with a film version of Andy Weir’s best-selling love letter to science. This sees a return to form for the director but probably his most entertaining film since Matchstick Men, 12 years ago.

Astronaut Mark Watney is part of a team who have landed on Mars to get samples when a storm hits. Due to a freak accident, the crew believe that Mark is dead and they leave to head home. What they don’t realise is that Mark is very much alive. Without any way to communicate to Earth and the knowledge that it would take 4 years for someone to save him, Mark embarks on a quest for survival, while NASA notice that there is life on Mars and it’s not alien.

At 141 minutes, this could have been a bum-numbing experience, already being hailed as this year’s Interstellar. Unlike Christopher Nolan’s film, Scott’s isn’t bogged down my techno-babble or astrophysics. In fact, for a film based on a book in love with science, it is surprisingly accessible. Watney, in a way to grow food on a planet known for having no life, comes up with a watering scheme in order to produce potatoes. You would imagine that these moments would confuse the hell out of a novice, yet it’s all very plain and simple, unlike Interstellar, which lost most of its audience during that “black hole” moment in the final act.

What is also surprising is just how funny it is. Scott isn’t known for producing comedy and yet here, Watney’s talks to camera as he logs his every move, is sometimes laugh-out-loud funny. What also comes across is just how much fun the cast, and it’s an exceptional cast, are having. Sometimes this spoils the film, yet it’s like we’re in on the joke, which makes us care for these characters.

It also comes as a shock that there is no screen villain, no mayor of shark town. We think that the head of NASA could become the bad guy, yet he manages to change as the film progresses. So we are in the company of people who, even though tied down with bureaucracy and red tape, come across as human. 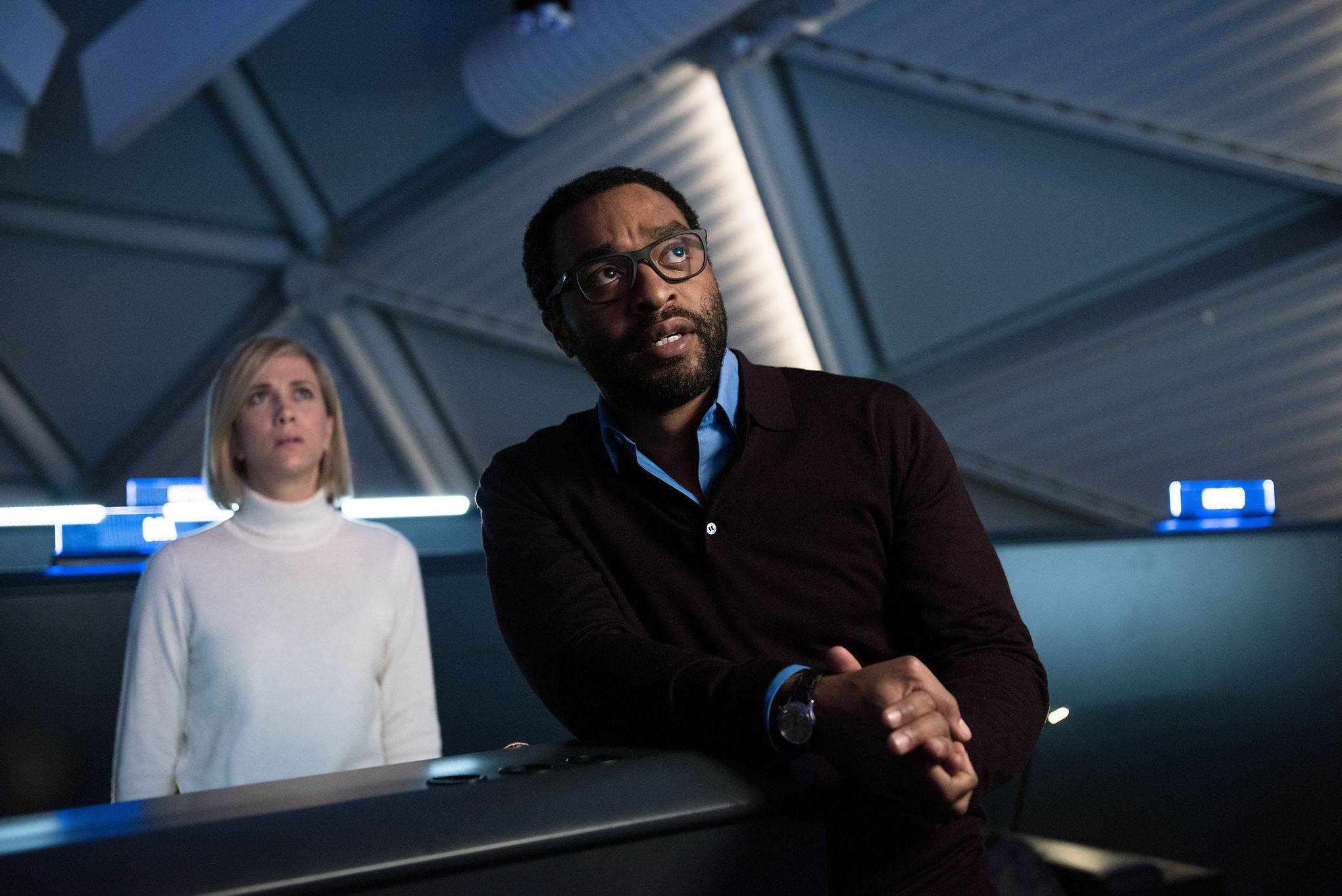 The film hinges on the success of its cast delivering, which they do with aplomb. From Jessica Chastain, the connection to Interstellar, as the commander of the Mars mission, having to deal with decisions that could cost one crew member’s life or all, to Kristen Wiig in a rare straight role and yet still managing to inject some humour. From Jeff Daniels stiff-collared NASA boss to Chiwetel Ejiofor’s concerned chief, each actor fits their role magnificently.

Then there is Matt Damon. At the heart of the film is this one man, alone on a planet, who, instead of breaking into histrionics, complains about his commander’s choice of music (a terrific disco score), who goes into detail about the use of human waste and who is surprisingly chipper considering his predicament. Damon is such a likeable screen presence, you are rooting for him from start to finish. He is Everyman. He is us. And we are there with him.

If there is a quibble, the ending is somewhat cheesy and maybe a tad predictable, yet getting there is a whole lot of fun. The Martian may have massive gaping holes and if you really scrutinised the plot, doesn’t make a whole lot of sense, yet for the whole of its running time, it’s a thoroughly entertaining and exciting journey that, in my books, is far better than Interstellar.