Written by: Nick Hornby and (based on the novel) Colm Toibin

In a time of superheroes, super spies and super blockbusters, Brooklyn, with its old-fashioned style and approach, comes as a surprising breath of fresh air. An unabashed romance in a time of innocence, it has a central performance that is so good, it draws you in from the very first frame. Get the feeling I already like this?

1950’s Ireland, and young Eilis is given the opportunity to leave the small village she lives in with her mother and sister, to travel to America and start a new life in Brooklyn. Lost, alone and completely homesick, Eilis finds it hard to accept her new surroundings, until, that is, she meets Tony, an Italian-American. A romance between the two starts to blossom and Eilis starts to build in confidence. Then tragedy strikes her family and she has to return to Ireland, only to find that her old life offers her an alternative to the life she now knows.

Based on the best-selling book by Colm Toibin and written by acclaimed author, Nick Hornby, this has the markings of a movie from time gone by. Not only has director John Crowley captured the period magnificently, with very high production values considering the modest budget, it also has a tone that isn’t shown in many movies nowadays: innocence. 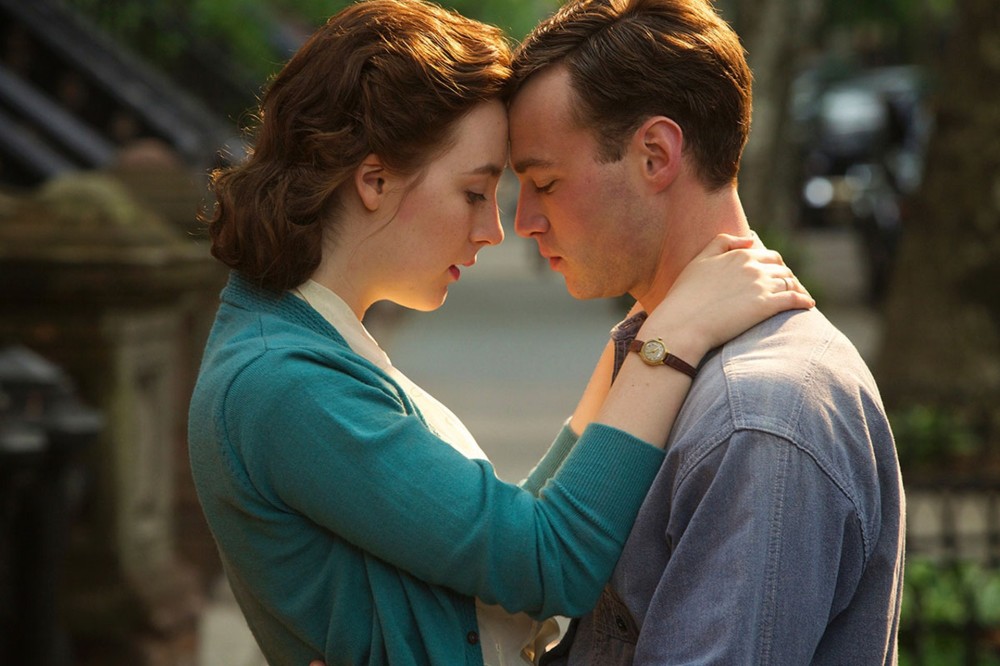 The whole film is the journey of Eilis, one that we follow completely. We see her go from lost little puppy to fully- confident young woman. It’s a coming-of-age film that isn’t all about sex. It’s about truly finding yourself, about falling in love, about having to make difficult life decisions. It’s a film full of pathos and emotion that, while most films force it upon you, this one careful draws you into the events so that when the emotional scenes do come, they are genuinely heart-felt enough for you to react appropriately.

It’s also surprisingly funny.  The guest house that Eilis stays in, a place for women coming to start a new life in this New York city, is a haven for comedy, courtesy of the always brilliant, Julie Walters, as the owner who runs the place as if she is a newly adopted mother. Jim Broadbent brings a gentle calmness as the priest who sponsors the girls to start a new life in the new world. Emory Cohen delivers a nicely underplayed performance as Tony, and you can understand why Eilis falls for him, a charming, sweet young man with no malice or evilness, just a boy who has fallen in love with an Irish girl.

The film, however, totally belongs to Saoirse Ronan. She commands every scene and grabs you from the moment it starts. With her hypnotic blue, blue eyes, she goes from shy and retiring lost girl to a confident young woman. This isn’t just a performance, we watch an actress literally grow in front of us. In the same way that Carey Mulligan became a star in the similar, and Nick Hornby written, An Education, this will certainly turn Ronan into a superstar.

Brooklyn is unashamedly romantic and that’s perfectly fine, especially when it doesn’t force you to emote with it, it allows the audience to enjoy the stranger in a strange land tale with the kind of innocent eye that you only saw in the film’s of the 50’s. Let yourself get lost in that world, take a hankie and enjoy a young actress shine like she’s never shined before.