Wall Street and the controlling of other people’s money seems to be the flavour of the month in Hollywood. After the surprising success of the ultra confusing The Big Short comes another money movie that manages to keep the complexity of corporate wheeler-dealing with a siege thriller reminiscent of Dog Day Afternoon. A dangerous mixture? Well yes but thankfully in the hands of Jodie Foster as director, it works. 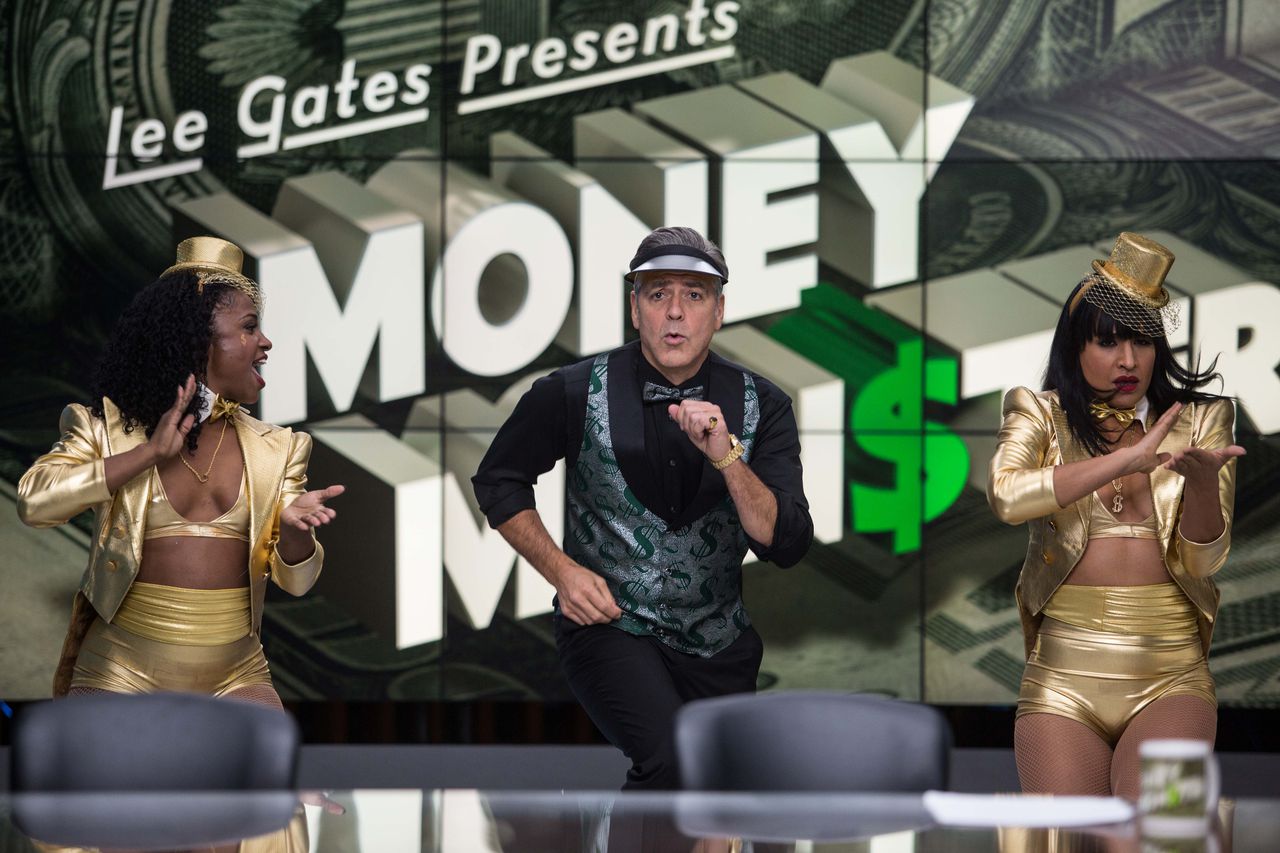 Leo Gates is an arrogant presenter of a financial TV show called Money Monster. While live during a show, ordinary man Kyle Budwell enters the show carrying a gun and a waistcoat full of explosives and holds the host as a hostage. Kyle has lost all his money in a stocks disaster recommended by Gates. With producer Patty Fenn guiding Gates to try and control the irate Budwell, the three soon find themselves investigating the company while the police start closing in.

Foster’s film manages to mix the technobabble of the stock exchange without losing its audience because, strangely enough, this isn’t really a film about money, just like Jaws isn’t a film about a shark! It’s about a man on the edge who has lost everything. It’s about the businessmen who seem to be able to do anything they want without anyone really caring. In the climate when a huge business like BHS has been forced to close after a billionaire sold it for a pound, this film somehow seems incredibly relevant.

Yet this is a siege thriller at heart. A man holding a group hostage for his personal gain. This is Foster’s strong suit. She handles the thriller aspect quite brilliantly, keeping the pace fast and furious without losing the viewer, while allowing room for her talented cast to develop their characters. In doing so, we care about these people and this makes the thriller part even tenser. You even find yourself wondering how this whole thing is going to resolve itself and will these people come out of it alive. The sign of a first-rate thriller.

Foster hands us a dream cast. The King and Queen of Hollywood with a rising star. George Clooney, as Gates, is on top form as the business guru who starts his show with the best dad dancing you’ll see ever, then presents his show with clips and graphics that make it more a frenzied nightmare than a serious show about money. Clooney manages to flip from arrogant to vulnerable with ease. Having Julia Roberts on board as producer Patty helps. Even though they very rarely share screen time together: she’s in a booth, their relationship is one of ease and closeness. They have worked so well in the past that the comfort between them really shows.

The star player who manages to outshine both Clooney and Roberts is Jack O’Connell as Kyle, the hostage taker living on the verge. With an almost faultless Queens accent, the Brit takes a character who you shouldn’t like and you feel sympathy for him, understanding his pain and anger, as another little person is ripped off by the big guys. If he wasn’t rising to greater things already, after films like Starred Up and ’71, then this should cement his name as a top player.

Money Monster is a cracking thriller that easily mixes tension with humour and a satirical edge. The final act may not be as satisfactory as you might like but you will be gripped, you will be excited and, if you were like me, you will feel a tightness in your chest as the tension build. A first-class thriller indeed.