Written by: Josh Appelbaum, André Nemec, (based on the character created ) Peter Laird and Kevin Eastman

How is the best to describe the second Teenage Mutant Ninja Turtles movie? Simple. It’s like have a migraine and you are forced to sit in a brightly coloured room while someone screams in your ear. Art it certainly isn’t. In fact, I am not sure what it is but those looking for intelligence, wit and charm can definitely look elsewhere. Turtles in a half-shell? More like half-wits! Oh, did I mention it’s a Michael Bay production? Explains a lot! 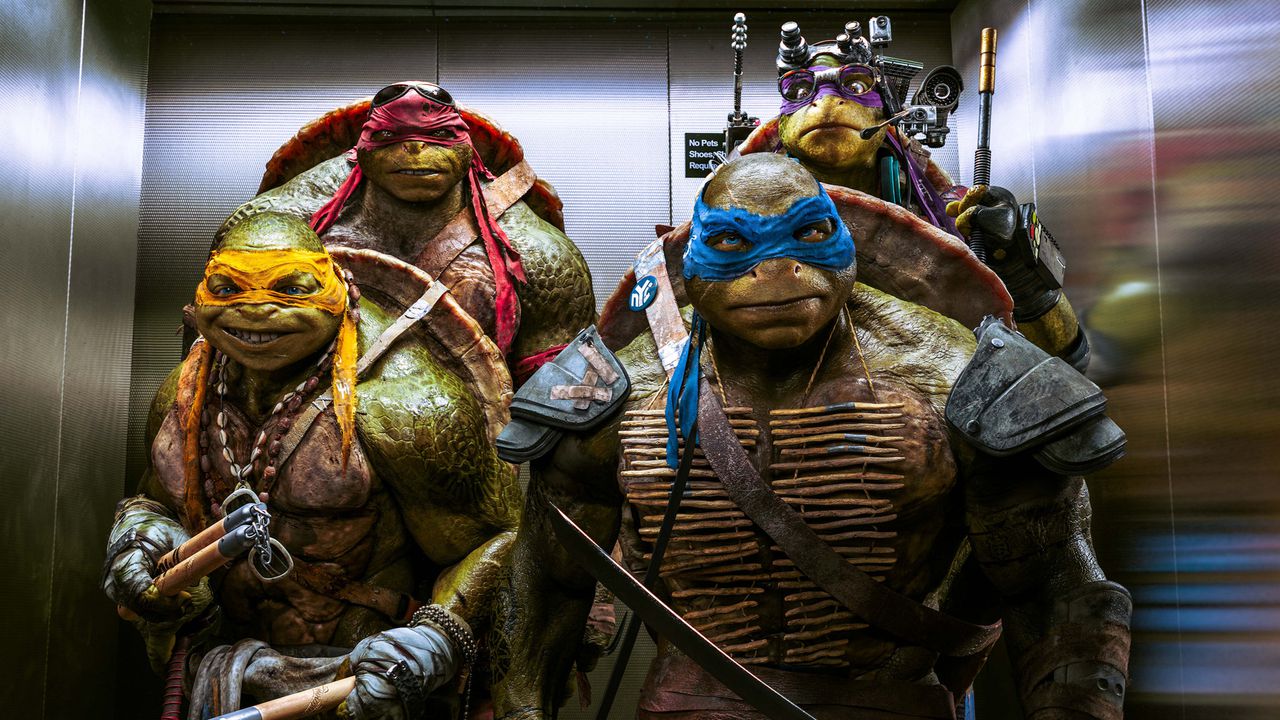 After Shredder almost took over New York, he escapes police custody and with the help of a biochemist professor, they go in search of three space artifacts that, when placed together, will open a portal that will release a new, deadlier threat to the human race. Only the turtles can save the day, although they are falling apart after the discovery of a purple ooze that could turn them human.

So for just under two hours (which i guess we can call a blessing in disguise that it’s not longer) we get multicoloured lighting effects, slightly oft-kilt camera angles that went out of fashion with the 60’s TV series of Batman, a plot borrowed heavily from both Avengers and the original sequel to the original TMNT films, The Secret of the Ooze (although, hilariously there is a reference to Vanilla Ice, who recorded the theme song for the Ooze film. When I say hilariously, I was being ironic).

There is nothing, and I mean nothing, that can make me recommend this tripe, overblow, overstaged pile of grime. It becomes apparent almost immediately that director Dave Green, whose last film was the reasonably sweet natured Earth to Echo, was directing under the guidance of Mr Bay, as this seems to have his fingerprints evident all over it, from the massively bombastic set pieces, where explosions are the name of the game, to the sequence where Megan Fox dresses in a mini skirt, thigh-length socks and a shirt knotted, where the camera doesn’t linger, it moves incredibly slowly over Ms Fox.

After 15 minutes, the young audience, which this film is supposed to be aimed at, started being restless in my screening and were more interested in toilet breaks and getting more snacks than what was happening to the turtles. I was shocked when looking at my watch to discover that only half an hour had past, when it felt like two hours. To say it drags is an understatement.

Then there’s the humour. Oh how the cinema laughed at the outdated jokes that come at you a mile off. How the place erupted when a villain, who had been turned into a rhino, broke wind and started whoffing it to his partner, a warthog! (You could almost cut the silence with a knife!) Then there was the acting. Megan Fox may be easy on the eye but is less so when trying to convey emotions. I thought they had replaced her with a large piece of mahogany. Will Arnett tries his best to inject some humour from a script that doesn’t have any, while Arrow star Stephen Amell should have stayed on TV.

What shocked me the most was when Laura Linney appears. Laura Linney! The Oscar nominated actress! The most underrated screen actresses around who has been so good in so many films like Primal Fear, You Can Count On Me, The Truman Show (need I go on?) When she appears, it’s like she has walked onto the stage from an entirely different movie. She is actually trying. (Although in the company of the other cast members, she doesn’t have to try too hard). I guess every actor has to have a blip on their CV.

As you can tell, Teenage Mutant Ninja Turtles: Out Of The Shadows is terrible, in every sense of the word. It is unfunny, uninventive and just plain annoying. Yet they will make loads of money and there will be a third. And a fourth. And so on. All I can say is, please don’t see this film so we don’t have to suffer any more.