Notorious documentary filmmaker Michael Moore isn’t afraid to handle the controversial subject matters. He dealt with American gun laws in Bowling For Columbine, the W. Bush 9/11 connection with Fahrenheit 9/11 and the medical problems in Sicko. So when you come out with a title like Where To Invade Next, Moore latest venture, you wonder if the current war on terror will be the subject matter. You’d be wrong, for this is Moore in a lighter mood, taking on the problems of America by visiting other countries with unique ideas that would make his homeland a better place to live. 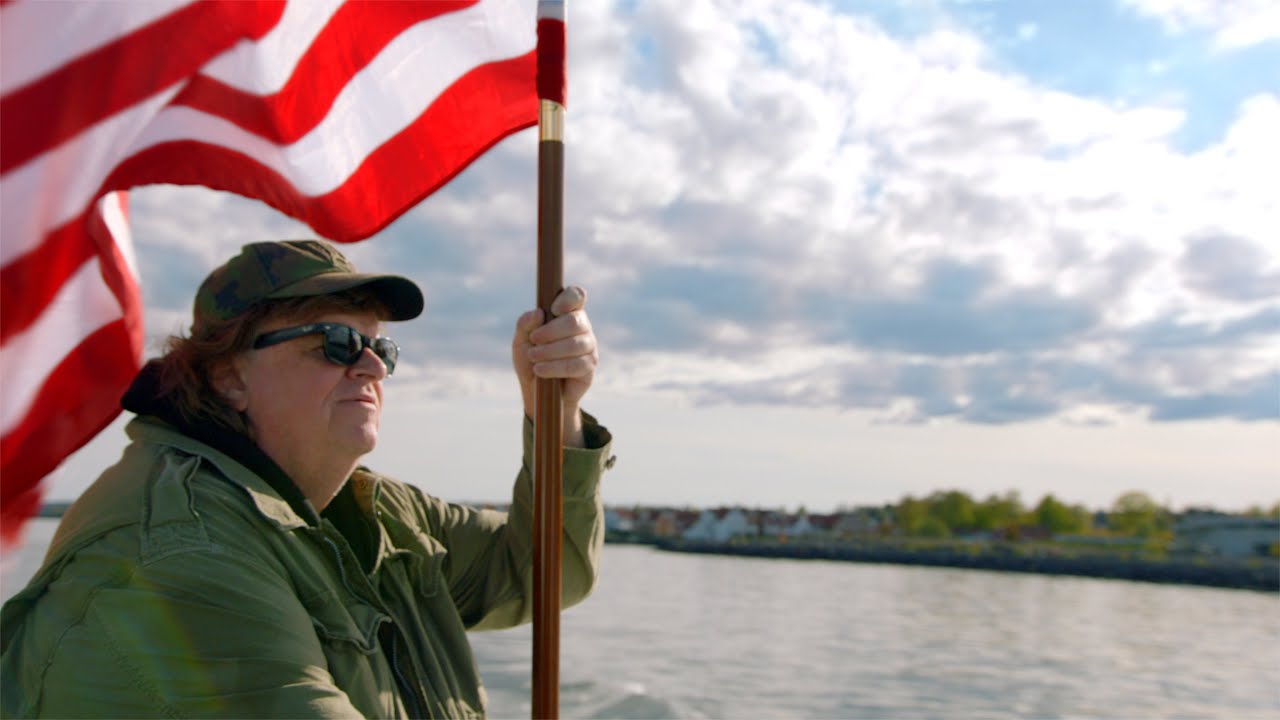 Aimed with the Stars and Stripes, Moore heads off into the world, looking for ideas which he can steal and return to the US with. Bouncing from one country to another, he heads to Italy where they get 8 weeks paid holiday plus an extra month’s pay. To France where the school children are given four-course meals and not a single fizzy drink and Germany where the board of directors for top companies are made up by the workers who are on the shop floor. As Moore moves across the vastness of the world, he realises that America may not have all the answers for a better life.

This is Moore’s most upbeat movie to date, yet there is still a touch of his usual political bias. As he moves from one country to another, being surprised by what he is hearing, that outside America they seem to have control over gun crime, police violence,  and corruption, as well as other thing that make life just that little better, he comes across like some crusading avenger that gives him the right to plant a flag in, what seems, very inappropriate places, as if America is still the greatest country in the world.

Even if you don’t agree with Moore’s political standing, he does manage to create entertaining and sometimes insightful documentaries. This, while not up there with Bowling For Columbine and Fahrenheit 9/11 (still one of the most successful documentaries ever), Where To Invade Next does deliver plenty of laughs, some huge surprises and enough information for the audience to discuss and debate. It does run out of steam and the whole flag planting does become tiresome very quickly but what the film does throw up are a few thoughts.

How is it that these countries manage to the things they do for a better life with very little effort and very little money? How can education be better for children when they only go to school for three hours a day? And why didn’t Moore come to Britain for his film? Don’t we have any bright ideas to offer America in order for them to improve their lives? Or are we in need of stealing the ideas in the film as well? Pretty sure, in this time of economic uncertainty and the possibility of leaving the EU, I think we need all the help we can get.