Garry Marshall is one of the kings of romantic comedies. His career stemming from TV with hits like Happy Days and Mork & Mindy, took him to film and Pretty Woman, followed by the  unconventional rom-com, Frankie & Johnny. Then something went wrong. He decided that using special events as a focal point for his films and cramming them with stars would be a good idea. It wasn’t. So we had New Year’s Day and Valentine’s Day. Now comes Mother’s Day (released the week of Father’s Day in the UK…go figure!) which is the most excruciatingly sickly and poorly misjudged rom-com of them all, leading to the question: should Garry Marshall retire?

Four interconnecting stories involving motherhood: Sandy, a designer, is struggling with the fact that her ex-husband has married a much younger woman who seems to be stepping into her shoes regarding her children; Jessie and Gabi are sisters who have been hiding their real lives from their mother, until she and their father unexpectedly arrive to visit; Bradley is having to bring up two daughters after his wife had died; and finally, Kristen, a young woman with a baby, refuses to get married to her British boyfriend, Zack, until she can discover the truth about her mother, who just happens to be a successful jewellery designer who sells on a home shopping channel.

I really don’t know where to start. At 118 minutes it becomes increasingly draining to watch, as we see these “so-called” perfect people, who all live in million dollar mansions with their perfect tans and teeth and lifestyles, struggling with such demanding pressures of life like exercising in the yard and deciding where the kids are going to spend Mother’s Day. Frankly, I couldn’t care a jot!

Then there’s the humour, which at some points were so badly judged, you spent the time with your mouth wide open at the shock of it actually making it to the screen. An elderly couple, who have issues with their daughters, come straight out of the Alf Garnett playbook. Everything that comes out of their mouths is either racist or homophobic. At one point, the mother, slowly accepting that one daughter is married to an Indian doctor (no stereotype there), picks up one of their children and says, and I kid you not, “You look like me…in the summertime!”

It is riddled with stereotypes and cliches, while at the same time offering some of the most bizarre dialogue that no one in their right mind would say. One of the characters, a young girl refusing to get married, give this as her reason: “I have abandonment issues!” It’s also one of those movies that want you to cry. I mean it is desperate for you to cry. I mean, if they could signpost the parts where you want you to cry by flashing the word “CRY” up onto the screen, then they would, only problem is, how can you feel sorry for such privileged, wealthy people with no real problems. 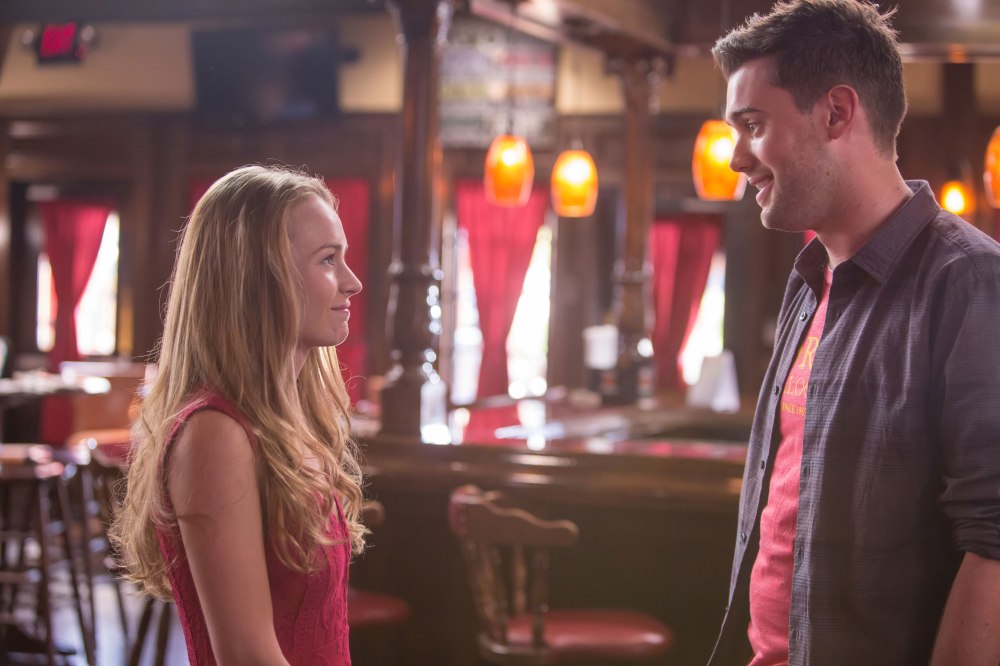 The performances range from over-energetic to boredom. Jennifer Aniston, the queen of these films, does her best with the ladened material and there are flashes when you think to yourself that she deserves better. Kate Hudson ambles her way through it, while Julia Roberts, with a strange orange wig, doesn’t even try. The oddest casting must belong to Jack Whitehall as British wannabe comic Zack Zimm (seriously, that’s his name), who does the lamest stand-up ever and in one scene goes on stage with his baby and tells no jokes, only to win the competition he has entered.

Mother’s Day is the kind of film you would only show to your mother if you really dislike her. It would be more entertaining to watch a Channel 5 afternoon TV movie than watch Hollywood stars appearing in a shambolic, contrived, misguided mess like this. If it wasn’t for Dirty Grandpa, this would be the worst film of the year so far. As it is, it is the second worst. A crass, overblown pile of smelly dog-do covered in sickly sweet sentimentality. Don’t torture your mother with this.