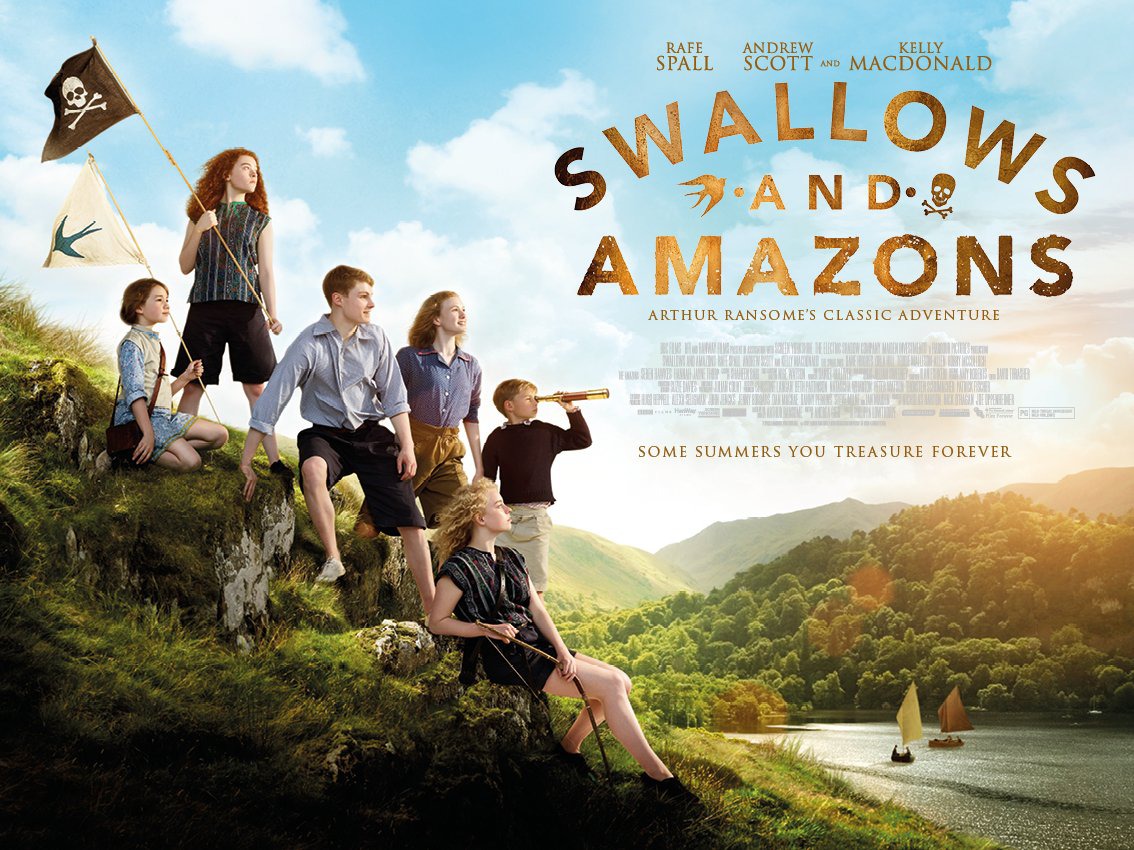 Written by: Andrea Gibb and (based on the book) Arthur Ransome

If you are of a certain age, as I am, you will remember the time when children were allowed to be children. Where they built camps in deserted woodlands, climbed trees and used their imaginations to propel them into different worlds. Arthur Ransome’s classic tale of children playing about in the Lake District and transporting themselves into a world of pirates was the perfect example of the adventures that children could do before everyone became health and safety conscious. Now we have a new version of the tale that captures those carefree days before computers and mobile phones in a delightfully old-fashioned tale with a new twist. 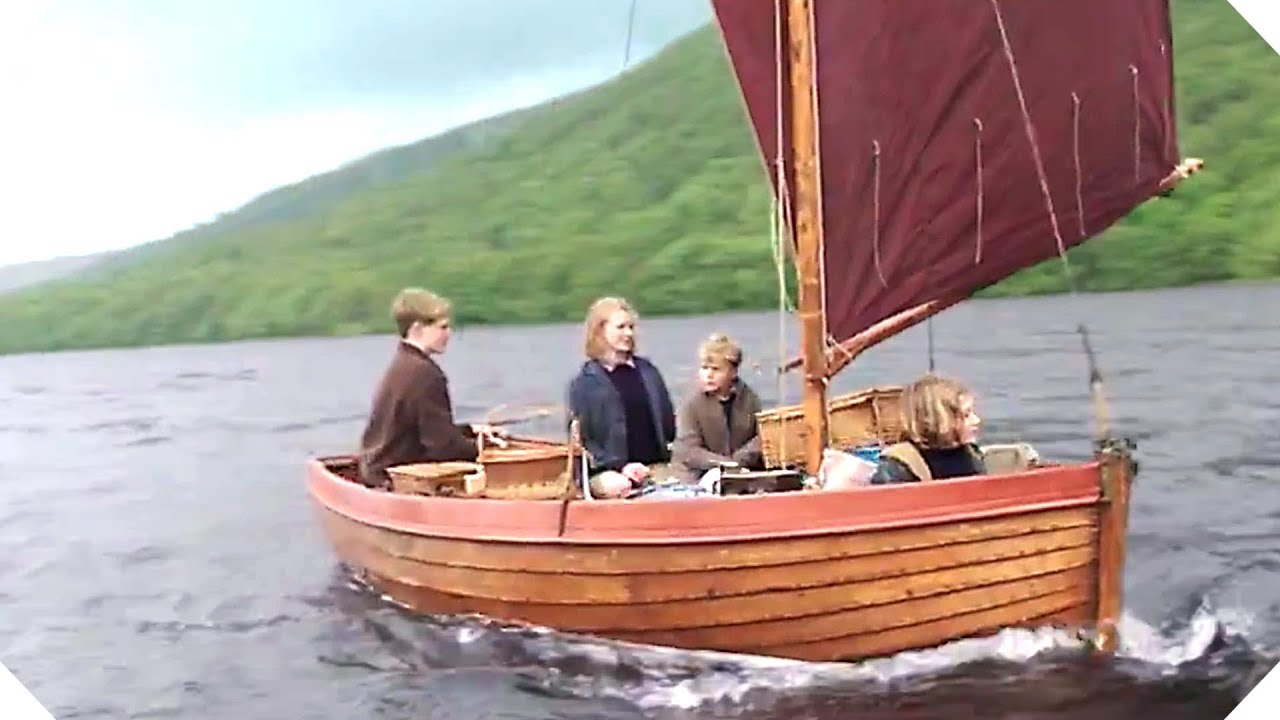 The Walker family, minus their father, have headed up for their annual holiday to the Lake District, where the eldest boy, John, along with his sisters, Susan and Tatty, and the young Roger, have been given permission to take a sailing boat called the Swallow to a remote island in the middle of the lake. While there, they become involved in a battle for territory with two sisters and their boat, the Amazon, as well as espionage with a loner who lives on a houseboat and could be a spy.

Those who have read the book, or even seen the 1974 film, will know that it is mainly about the power struggle between the Walkers and the Blacketts. What first-time director Philippa Lowthorpe and writer  Andrea Gibb have done is given the story a sense of peril and danger by including the tale of spies and mysterious men following a man on a boat, making it feel more like something from an Enid Blyton book. Yet, surprisingly, it works.

The film jumps from the children getting into all kinds of trouble on the island (losing their supplies, having a lack of food and the inability to make fire) with their constant paths crossing with the loner who they believe is a pirate but the truth is much darker. It plays along gently and never rushes either in editing or in pace. It’s a calming as the water the film is set on.

The scenery plays as important a part as the actors, with Lowthorpe capturing the stunning beauty of the area as well as production designs perfectly in tune with the time of the book. If the story flags, which gladly it doesn’t, then you have the wonderment of the Lake District to grab your attention.

The performances are generally strong, with the cast of young actors as the Walkers keeping things this side of pretentious, while Rafe Spall as the mysterious “Captain Flint” and Andrew Scott as his nemesis, Lazlov, show their ability to underplay while still keeping the intrigue going Scott is a master of being smooth while a twinkle of evil appears in his eye. Kelly McDonald is perfect as the kindly young Mrs. Walker, possibly the best mother in the world, allowing her children to go off without adult supervision, to explore and have adventures.

Swallows and Amazons is a pleasure. It has an old-fashioned cinematic feel about it like we have been taken back to the 70’s when the original was released, or when The Railway Children mesmerised us. The young audience in the screening I attended were transfixed throughout,as was I, which proves that you don’t need special effects, crude jokes or modern technology to lose yourself. Lovely.