Written by: Erin Cressida Wilson and (based on the novel) Paula Hawkins

Sisters are doing it for themselves. This has definitely been the year when females have taken the lead in movies and owned them. Ghostbusters, Sisters, Bad Moms are just a few examples of female-led movies and now The Girl On The Train joins them. While this thriller, based on Paula Hawkins best-selling novel, may seem a little pulpy, it allows a female cast to really shine, especially with a lead performance who is exceptional. 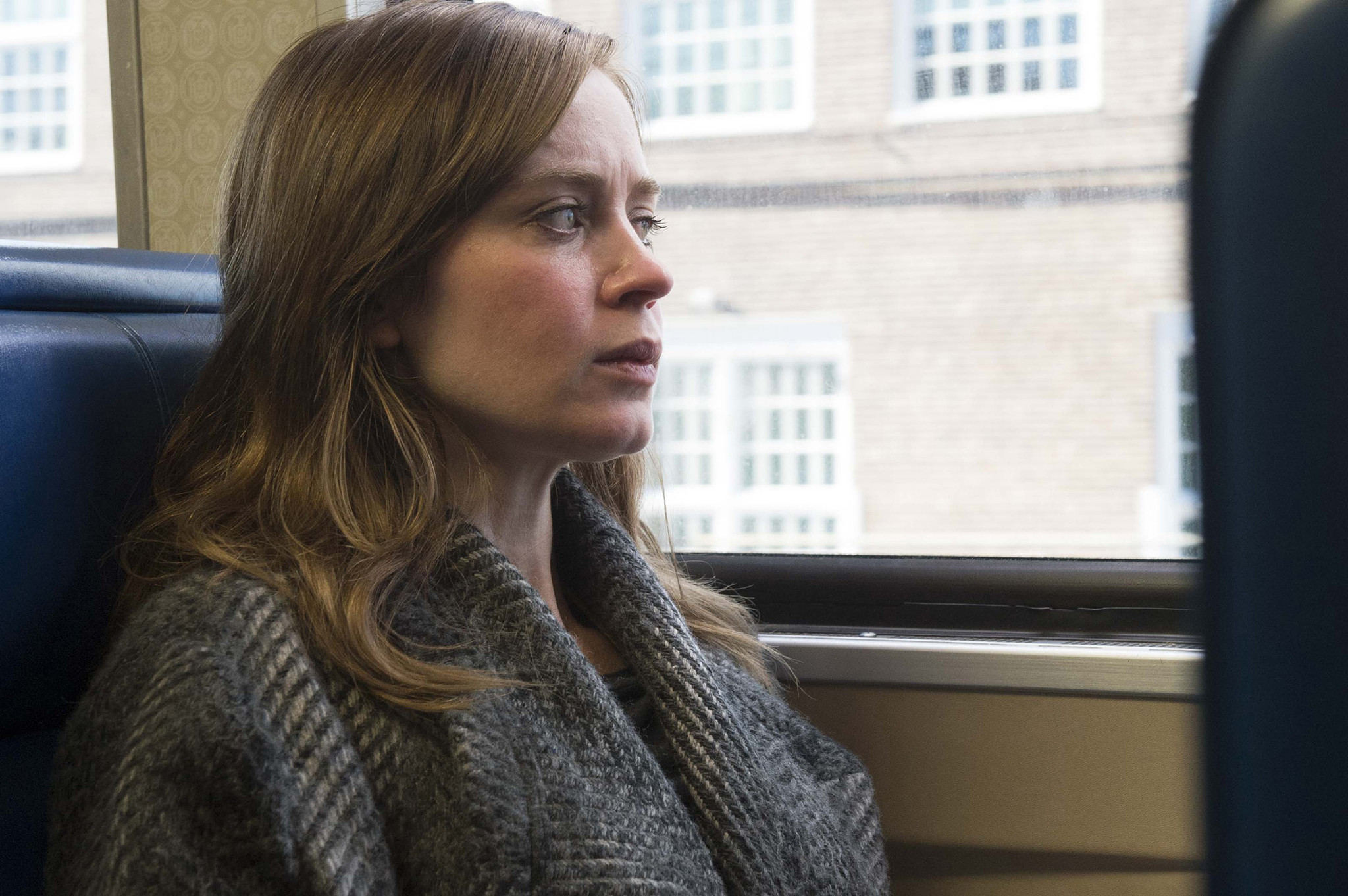 Rachel travels on a train every day, twice a day, always in the same seat so she can spy on the lives of the people and homes that she passes. Her main focus is on a house belonging to a man and a beautiful young woman. When the woman disappears, Rachel becomes involved but she has to prove that she’s not a prime suspect as she suffers from alcoholism.

It is quite easy to see why people have been comparing this to the David Fincher smash, Gone Girl. Both based on best-selling books, both with strong female characters and both with a heady mix of Hitchcockian thrills and slightly soapy storytelling. Yet where the similarities to fall short is in the direction. Tate Taylor has done some impressive work in the past with Winter’s Bone and The Help, yet here does allows some scenes to drag on a little too long and the pacing in the first half of the film does feel a tad slow.

Visually, thanks to Charlotte Bruus Christensen’s striking cinematography, this is very pleasing. Christensen manages to capture the blurred reality that a heavy drinker might encounter and distorts the screen enough times not to give anything away as far as the many twists and turns are concerned. Danny Elfman’s uncharacteristic score adds to the building of the tension.

Yet this story of lies, deception and murder does have a feel that it could quite easily be a plot for a soap opera. Trying not to give too much away, Rachel’s distorted world where she still believes she is part of her ex-husband’s life while suffering from blackouts due to her heavy drinking and then becoming involved in a murder plot do seem somewhat unbelievable. There are moments as the film progresses when you do question some of the motives and ideas that pop up. For example, a psychiatrist who seems quite happy to share all his information about his clients to the police, who then share that same information with a suspect. Surely that psychiatrist would be struck off immediately.

For all it’s faults, the film does have some very strong performances. Justin Theroux and Luke Evans do good jobs as the men who come into Rachel’s life, as does Rebecca Ferguson, who plays completely opposite type to her last big outing as the kick-butt female in the last Mission Impossible movie. Here, as Anna, the woman who moved in on Rachel’s life, is a character filled with paranoia and fear, who seems like she is on the edge of failing to cope with her young daughter. Haley Bennett, last seen in The Magnificent Seven, again plays a very different role as the confused Megan, a woman oozing sexuality just failing to find happiness.

The film, however, belongs to Emily Blunt. This is a pitch-perfect performance, capturing the drunken behaviour without the usual tottering about, and yet your sympathy is completely with her. It is controlled, mesmerising and one of the best things she has done. This will have definitely put her as a top draw actress and is worthy of an award or two.

The Girl On The Train is a pleasing piece of entertainment that passes the time perfectly adequately. It certainly is no Gone Girl but it’s not a disaster either. It will do well at the box office but it might be hard to remember a few months down the line.