After the disasters that were Diana and Grace of Monaco, the thought of another icon female in the public limelight having her story told sent shivers down my spine. Unlike the previous turkeys, however, Jackie, about the First Lady to John F. Kennedy is a far more satisfying, intelligent affair that treats its central figure with due care, attention and, more so, respect, thanks to terrific direction, a solid script and a sensational central performance.

Following the events from the assassination of President John F. Kennedy and the days after, a reporter from Life magazine visits Jackie Kennedy a year after the tragic events in Dallas, in order for her to tell her side of the story. This strong-willed woman who was thrust into the public limelight comes across as cold and calculating but as the events unfold, this is a woman devastated with grief and still managing to hold her public persona intact.

Acclaimed Chilian director Pablo Larrain may not seem the obvious choice to make a film about such an American icon, considering his films often are aggressive and hard-hitting, yet it turns out he is perfect for the job. Filmed in a grainy stock that compliments the archive footage that are used, Larrain, along with scriptwriter Noah Oppenheim, don’t try to overcomplicate things with a straightforward biopic or introduce some fictional entries to a story we know so well. They decide to show the effects that one split moment that changed the world has on the woman who was closest.

Using the interview between Jackie and the Life reporter as a stepping stone to recount the events, we start with a reminder that Jackie Kennedy was the first First Lady to appear on television, when cameras were allowed to move around The White House, with Jackie as its guide. From that moment, she was one of the most influential women in the world, with her fashion sense and ideas of style. As the film constantly reminds us, to the Kennedys, The White House was their home and that home was like being in Camelot.

The Camelot connection is followed throughout, as we see a woman, riddled with grief and pain, having to show dignity while watching Lyndon Johnson be sworn in as the next President, minutes after having her husband collapse in her arms and still covered in his blood. It all feels so unreal and she has to deal with every inch of this terrible action as if nothing had happened, while she watched her Camelot crumble around her.

There are moments when you feel that was a measured woman who didn’t feel any real remorse and her general demure is that of coldness and emotionally distant, which makes watching the film for the first section hard to emote to, yet as the story unfolds, you can understand why she is like she is and it is the true testament of an amazing performance from Natalie Portman, to carry this off.

At first, you feel as if it’s all too measured as if Portman had studied every frame of the real Jackie and was giving us a carbon copy. Not so. As the film continues, you appreciate just how good she is, as we watch her trying to juggle the details of her husband’s funeral with people scared that something terrible might happen again. We see how she copes with trying to explain to her young children why their dad is no longer there. We see how she deals with the home that she so lovingly kept being taken away right before her eyes as if she wasn’t even there. It is the strength of Portman incredible portrayal that we feel every inch of her despair. Behind those cold eyes is a woman just about coping yet not wanting to show it to the world. 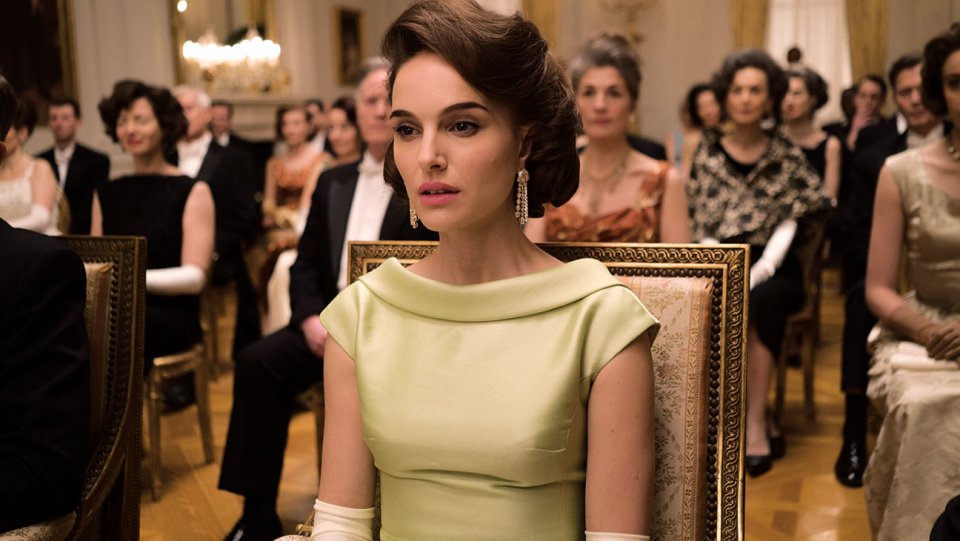 The supporting cast all do an excellent job, from Billy Crupud’s journalist to John Hurt’s caring priest. Peter Sarsgaard has to be praised for his portrayal of Bobby Kennedy, who had to hold it together just as much as Jackie, yet still understanding the point that government had to continue.

Jackie is a tremendous achievement, a beautiful looking film of such a tragic event yet the film belongs solely to  Natalie Portman, who has grown into an incredible actress and has pulled off a master stroke here. The film’s pacing is not always even and at times the strange soundtrack music does interfere too much. Yet at the heart is Portman and a performance that will be remembered for years to come.