For 17 years, one of Marvel’s most popular characters, The Wolverine, has graced the big screen and has been played by the same actor in 9 films. Now, the end is near and if you are going to go out, someone once said, go out fighting, in the most vicious and brutal way possible. Those expecting the usual superhero actioner will find themselves disappointed because even though this is brimming with violent set pieces, it is a character-driven drama of a man out of time who doesn’t have too long to go. 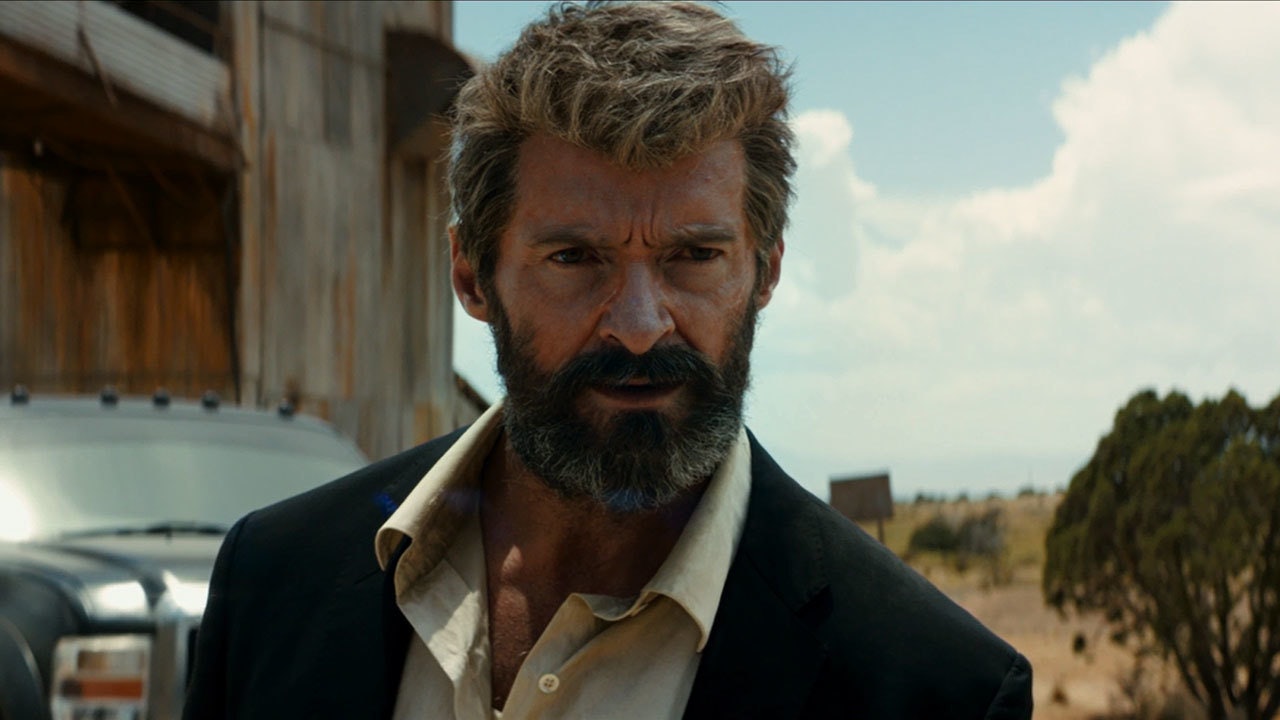 In the near future, the mutants have all but gone and Logan (The Wolverine) is driving a limo while hiding in the middle of the Mexican desert, where his old teacher and friend, Charles Xavier, needs constant medical attention for seizures that could kill. Logan is sort after by a nurse who has a young girl in tow, wanting him to take her to Eden, a paradise in North Dakota and protect her from a group of soldiers who want the child. Logan soon discovers why Laura, the girl, is so important, as she has the same mutant powers as himself.

James Mangold, who also directed the previous stand-alone Wolverine film, has gone as far away from the flashy, trashy action that has filled the previous X-Men/Wolverine films. Instead, he has decided to make it as real as possible, which includes upping the classification rating so that Logan and the surrounding characters can swear like troopers and that we get to see a more detailed Wolverine Rage, in which the deadly claws are used to their full potential, as heads and limbs fly off, while penetration into eyes and skulls are plentiful.

Even though this is the most graphic of the Wolverine films, it is also the most intelligent. We are not in the realms of fighting supervillains anymore. We are in the world of surviving the sands of time. Logan is a broken man in so many ways. With age has come the slow disintegration of what made him feared. He drinks heavily to ease the pain of his past and when he does have to fight, it is with a brutality and anger we have never seen before. He has a love/hate relationship with his former mentor, Charles, who, too, is suffering from age, where he cannot control his mental powers and is having to be fed drugs like they were sweets. These are two broken men who have become the last of the dinosaurs. Or so they thought.

Mangold uses references to other classic films to tell his tale. Clint Eastwood’s Unforgiven and Alan Ladd’s Shane have been mentioned as influences and you can see why. The ageing gunfighter having to take on a new threat when all they want to do is settle down and see the autumn of their days in a quiet and non-violent manner. Yet they are forced to go on the run to protect the young Laura, an innocence with a far more brutal temper than Logan ever had. Again, Mangold references other films, including a chase scene that could easily have been pulled from the Mad Max movies.

Hugh Jackman’s Logan is a very different creature to his early outings in the X-Men movies. Gone is the cocky, self-assured ego that went with his missions with the other mutants. Here he is tired and angry and his body no longer works the way it uses to. Jackman knows Logan just as well as he knows himself, and so that lived-in feel to his character is there for all to see. It is his finest hour, at last allowing us to see the real human side to this man that we haven’t seen before: vulnerable, confused and often pained. If you were bowing out from playing a role for a long time, this is the way to do it.

Having Patrick Stewart along for the ride is a genius idea. The pair has such good rapport with each other, you understand that Logan cares for this man, even if he doesn’t show it in the traditional sense. He is his father figure and of course, Stewart masterfully plays the former Professor with his usual dignity, even if the mouth has gotten to be a little pottier. Comedian Stephen Merchant surprises as the mutant Caliban, a fair-skinned tracker who allied with the two men as a servant while Logan works. Newcomer Dafne Keen is perfectly brutal as Laura, the child who brings the strands together and it’s good to see Richard E. Grant back in villainous form as a doctor with a plan to create a super army.

Logan has taken the superhero film to a different level. Gone are the bright coloured costumes and impressive set pieces. This plays like a modern western with a human heart. If there is a criticism, it’s that the middle section is a little clunky and could have been trimmed. Otherwise, this is the best Wolverine film there has been and has set the bar for other comic book movies to follow. It’s also a perfect way to dop our caps to Hugh Jackman, who has made The Wolverine his own and no one could ever replace him.