Goldie Hawn was once the queen of comedy. Amy Schumer is hailed the new queen in resident. So it would seem like a dream come true to cast these two giants of the world of laughter in one film, that we would all fall to our knees holding our sides from the splitting that these ladies would incur. Alas, we don’t so much have a rib-tickler here, more an occasional single “ha!” Yes, as far as routine comedies are concerned, made as vehicles for these two funny ladies, this is the most pedestrian.

After being dumped by her boyfriend, days before leaving for a holiday to South America, Emily persuades her overly-cautious mother, Linda, to join her. Once there, Emily meets a young man and they get along fine until he takes mother and daughter out for the day and they end up being kidnapped. All alone and with no one to help them, the pair take on the kidnappers and try to get to an American Embassy, arguing and fighting as they head deeper into the jungles of the Amazon.

This is a film that should have ticked all the right boxes. A story of warring family members, one who is irresponsible while the other is far too straight-laced. It’s a well-worn path that has been trodden several times, more recently in the surprisingly likable The Guilt Trip with Seth Rogan and Barbara Streisand. It is proven to work before so why not now?

The film starts off promisingly with an amusing break-up. Even the opening scenes between mother and daughter have some moments that may cause a smile to appear. Yet as soon as the pair are kidnapped, it seems the whole thing falls apart at the seams. The plot is far too obvious, the characters are all typical South American stereotypes and the jokes become less and less, being replaced by long speeches about a daughter’s love for her mother or Vica Versa.

To liven things up, there’s the odd action sequence which is more bemusing than amusing and the ending is exactly how you would imagine a film like this to end. The who sum total of this is a film that we have seen hundreds of times before, being played out exactly by the book, with no risks and wasting the talents of two women who should have bounced off each other, instead they seem to fall flat every time they share the screen. 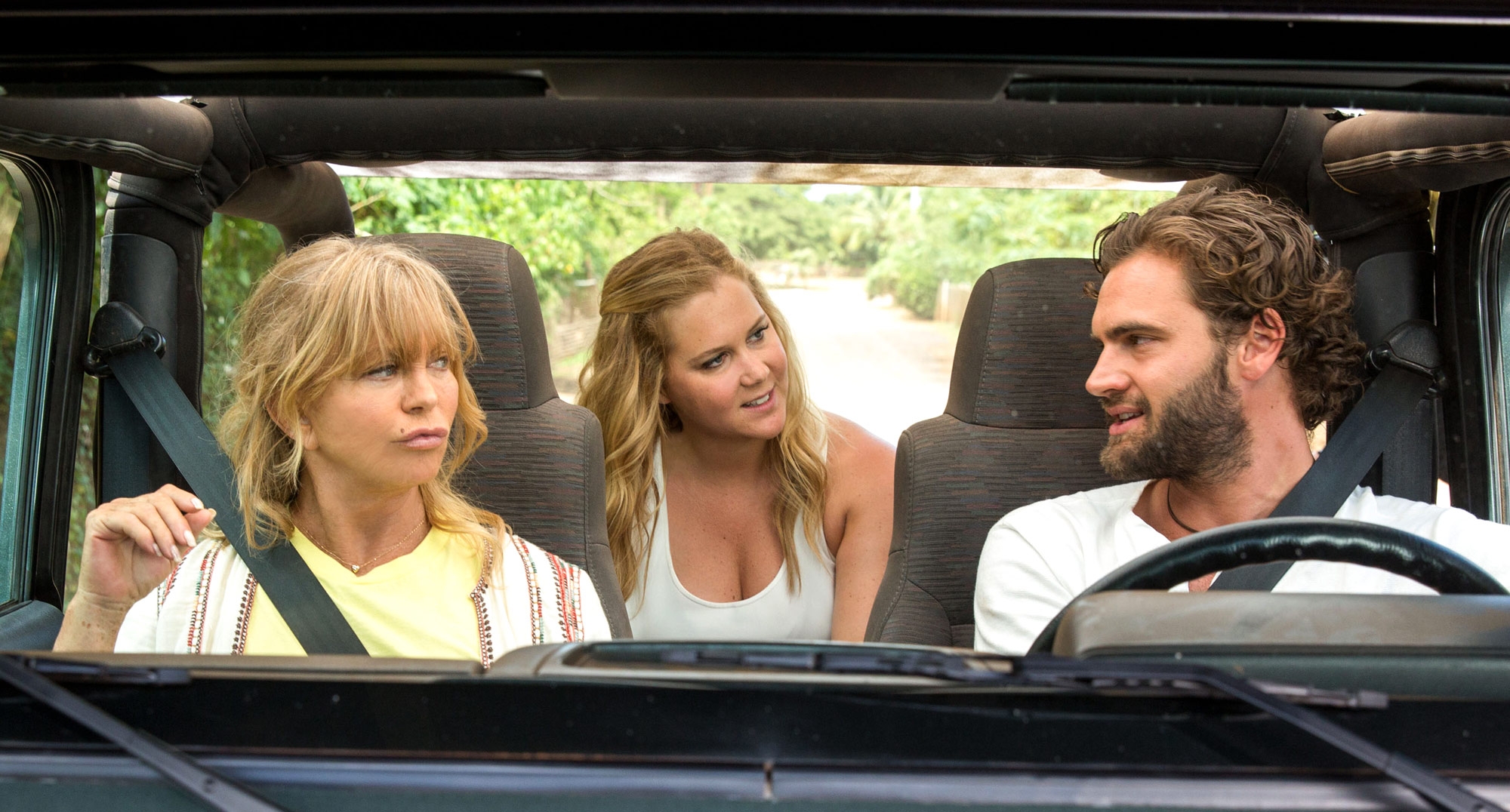 Amy Schumer made such a big impression with Trainwreck that it was always going to be a hard act to follow. She is a funny lady who is very insightful. This just lets her down and you keep wishing that that opening scene where she is desperately trying to keep her boyfriend could come back and be shown again just to show us how funny she can be when the material is right. Goldie Hawn has always been the mistress of kooky but the years seem to have taken their toll on her comic timing, which seems way off. Even the inclusion of Joan Cusack as a mute former special ops soldier and Wanda Sykes as her friend seems slightly off. 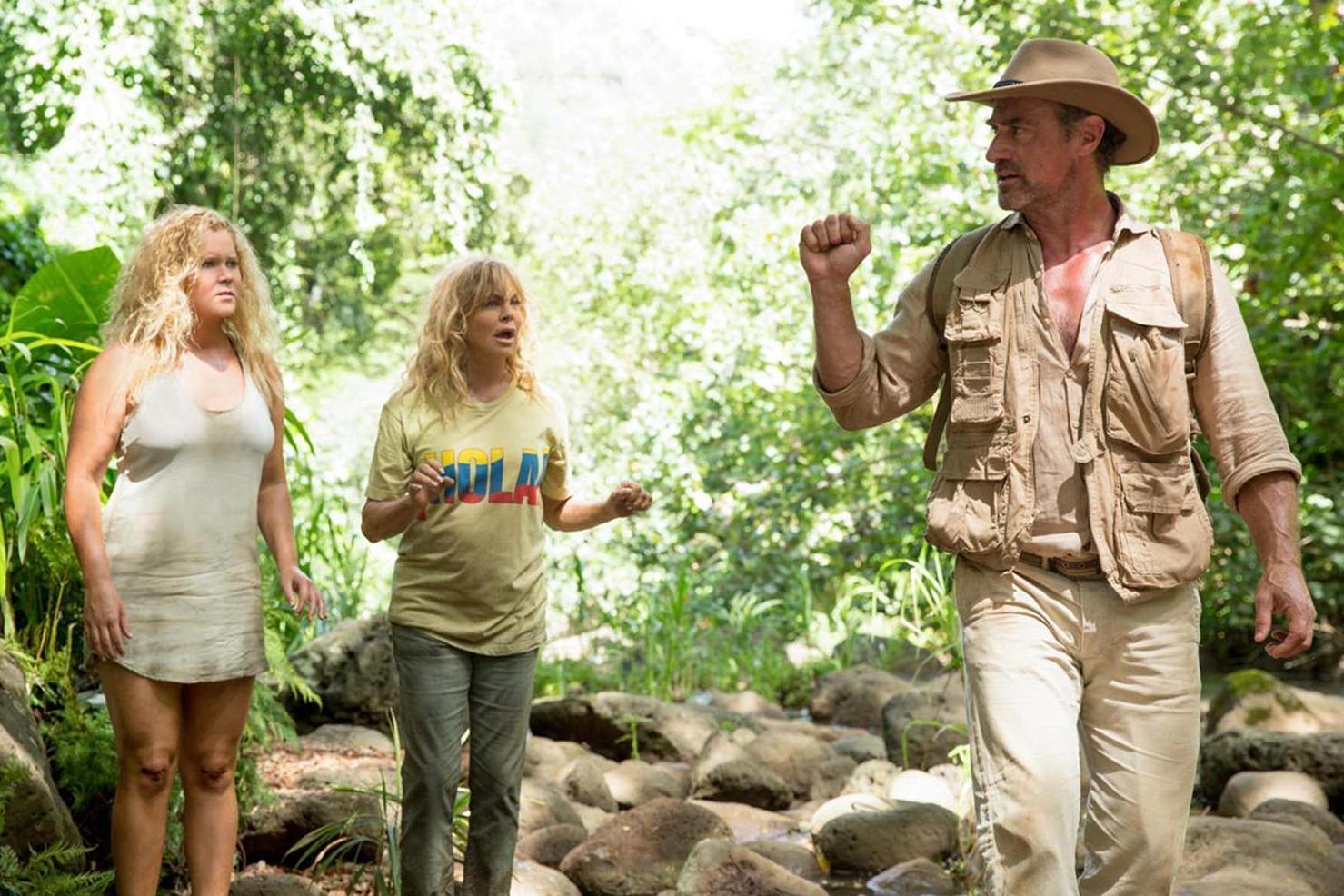 I didn’t have high hopes for this film and apart from the occasional snigger, Snatched left me feeling cold. It isn’t as terrible as some American comedies of late but it should have been a whole lot funnier than it was and I only hope that both Ms. Schumer and Ms. Hawn find better material next time, if there ever is a next time.