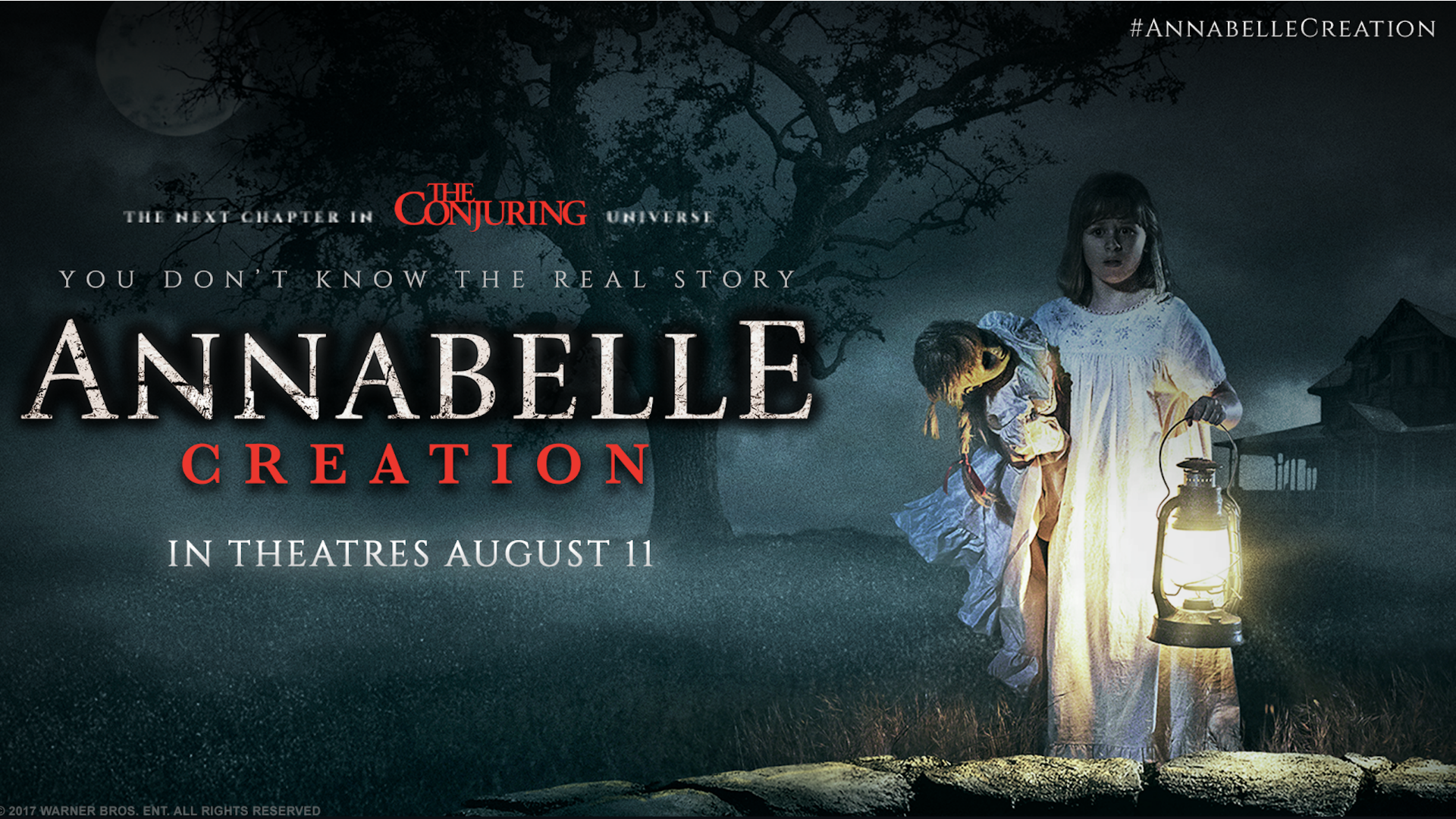 Written by: (also based on the characters created) Gary Dauberman

Over the past few weeks, I have been watching 70’s horrors, ranging from Richard Attenborough’s Magic to Brian De Palma’s The Fury to Roman Polanski’s The Tenant. While I was watching them, I was trying to work out why I enjoy spending a couple of hours with these movies and yet find modern Hollywood horrors a constant disappointment. I came to the conclusion that it all has to do with atmosphere, pacing and a general air of creepiness. Annabelle: Creation, a prequel to Annabelle, which was a prequel to The Conjuring, almost manages to capture what I like about those movies from the past but at the same time managed to disappoint as well.

Twelve years after the tragic death of their daughter, doll maker Samuel Mullins and his wife, Esther, open their large home to a group of orphan girls to stay. Life seems happy enough until one of the girls, Janice, ventures into a locked room and discovers a large doll. From this point on, the house seems to be possessed by an evil force that is coming from the doll.

Director David F. Sandberg, who gave us the terrific Lights Out last year, has been handed the reins of this new offering from The Conjuring universe (they have managed to make a franchise out of a single film!) Sandberg has proved he is very able to direct creepy horror and for the most part here he does a good job. Using every horror cliche available (dolls are creepy; check. Large dark house: check. Mysterious owners with dark secrets: check. Children: check, check, check!) he still keeps things fresh, from the opening shocker to the arrival of the young girls and that air of uncertainty that pops up from every corner. Yet this is a film built upon set piece after set piece.

The dialogue and story are pretty woeful so it has to rely upon the shocks and in the first two acts, there are there in spades, except you do find that you are watching nothing more than a collection of well staged set pieces. As soon as the forbidden room is entered, the film then delivers one jump after another but they seem to all be at the same pace and with similar payoffs. It’s when the film comes to the final act and it has to up its game that it seems to fail, mainly because we get to see the “thing” that is terrifying the house.

It also becomes apparent that Annabelle isn’t the core of the horror but some other entity, so you immediately feel shortchanged. This could have been called “The Haunted House” but it wouldn’t have the appeal, so by using the object that multiplex visitors are already familiar with, will get the bums on seats.

The cast copes with the dodgy dialogue. Nice to see both Anthony LaPaglia and Miranda Otto back on the screen, although they are given nothing more to do but look mournful and miserable. The children do a good job, especially young Talitha Bateman, who is the focal point of the entity.

Annabelle: Creation is a better film than the last Annabelle film and the previous Conjuring movie but it still has to rely on the “behind you!” school of horror (in fact at one point I wanted to shout that out but it would have broken so many cinematic rules). Sandberg is a talented horror director but he needs to leave to make his own films as Lights Out was such an underrated gem, you can see that this guy has a future for the genre. As for this, if you want a familiar chiller, it does the job but you really deserve better. Back to the 70’s horrors for real chills.