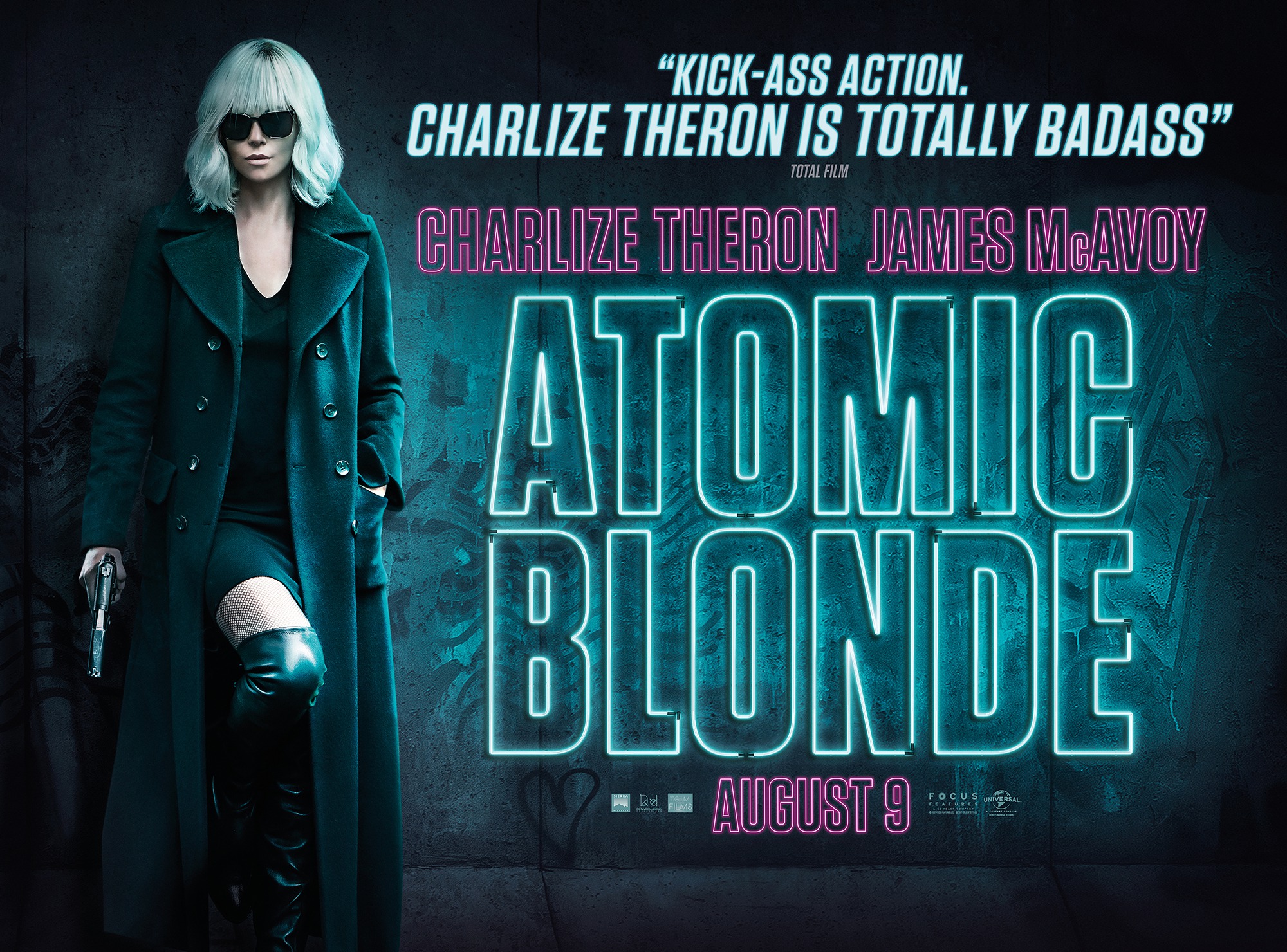 Written by: Kurt Johnstad, (based on the Oni Press graphic novel series “The Coldest City”) Anthony Johnson and Sam Hart

If 2017 is going to be remembered for anything, it was the year that women seriously kicked some butt. With the huge success of Wonder Woman, now comes Atomic Blonde, a spy thriller with all the usual conventions you’d expect from a fully blown espionage movie, except that the lead is female and she has got more than a few deadly moves up her sleeves. In fact, I can’t remember seeing any female character in any other movie being so brutal and vicious.

Top MI6 agent Lorraine Broughton has been sent to Berlin days before the wall is being torn down, in order to investigate the murder of a fellow agent and to retrieve a stolen microfilm that has the names of top agents. Once there, she makes contact with station agent, David Percival, to help her negotiate her way on both sides of Berlin. As she is told, though…trust no one!

If you look at this adaptation of the graphic novel, The Coldest City, it harks back to the time when we were inundated with Cold War spy thrillers, with a plot that has more twists and turns than a corkscrew. In fact, it could be called routine. Yet this is far from routine. This is a full-on, visceral experience that grabs you by the shirt collar and refuses to push and pull you about for the whole of its running time.

Director David Leitch, making his feature debut after being allowed to direct a few scenes on John Wick, may not have the flair of making the contrived and often confusing story really work but being a former stunt man, his interests lie in the set pieces and these do not disappoint. They are brutal to the extreme and some of the use of camera tricks and fancy cinematography really help to make the fights even more exciting and even more bone crunching. If you thought the Bourne movies changed the face of fight scenes, you ain’t seen nothing yet. One sequence, a scene devoid of music and under the impression of being a single shot, you are dragged through the wringer, as Lorraine single-handedly takes on an army of men while using every object in arm’s reach while being thrown downstairs, into furniture and crashing into walls. It’s one of the most exhilarating sequences you will experience this year.

What is surprising is how well Leitch manages to capture the madness of a city on the verge of change. With the use of colour and music, you are catapulted into the 80’s, helped massively by a terrific soundtrack, ranging from early 80’s hits from David Bowie and Nena to more recent tracks that don’t seem out of place of feel forced because they want you to buy the soundtrack album. Any film that starts with Bowie’s underrated Putting Out Fires has me won over.

The cast does a grand job of injecting the appropriate energy. James McAvoy, playing a character you are never sure of, is allowed to macho up and he seems to be having a blast. It’s always good to see the reliable Toby Jones and John Goodman on screen but together is a treat. Yet this film belongs to one person…Charlize Theron.

After proving her action merits in Mad Max: Fury Road, this puts her up there with her male counterparts. She doesn’t just kick butt, she manages to push those butts to the other side of the screen. It’s incredibly physical and like Keanu Reeves proved in John Wick, the camera never leaves Theron as she kicks, punches and throws her assailants.  This Oscar-winning actress could easily have a stunt double to do the fight scenes but no, it’s all her and it makes it even more exciting. She can now be put up there with the best of the genre.

Atomic Blonde is a flawed project helped along by Theron. It is a little too long and the story does lose sense quite quickly but as a full blooded action film, it ticks all the right boxes and it should make Theron a superstar. I can’t wait to see what she does next.