I was a fan of last year’s surprise comedy hit, Bad Moms. I didn’t expect to be as it had all the hallmarks of things that I think are terrible in comedies: bodily fluids and body parts, excessive swearing and drunken behaviour used as humour. Yet this film had more of a heart than most and some of the jokes were genuinely funny. Sadly because of the success of the first film, a rushed out sequel has arrived and as I expected, it suffers from being thrown out so that the name is still fresh in our heads and what makes it even worse…it’s a Christmas movie!

Amy is bored with the pressures of Christmas and along with her friends, Kiki and Carla, they decide to take back the season and do what they want to do and not what is expected of them. However, that is going to be an uphill struggle when the women’s mothers arrive: Ruth, Amy’s mum, is a woman who likes everything perfect and people do exactly what she wants; Sandy, Kiki’s mother, is obsessed with her daughter and wants to be exactly like her and Isis, Carla’s mum, a rock roadie who only comes when she needs money.

What made the first film work was that, unlike the men behaving badly movies, which are usually filled with a nasty air of homophobia and blatant sexism, Bad Moms avoided this and so we got women behaving badly but never so bad that it was vicious and vile. A Bad Moms Christmas does manage to continue this thread but it’s not half as funny. The reason for this is that we are now familiar with the characters and so they no longer surprise us with their antics. A drunken shopping mall scene has the three leads running amok among the shoppers and you feel a sense of dejavu.

This time, instead of bringing down the school PTA, they are under attack from their own mothers. Cue high levels of sentimentality that will surpass the last film.  Admittedly, if this was a Bad Fathers Christmas, we would still get drunken behaviour with older men. What we do get is three mothers with very different parenting skills trying to places those ideals on their children, from the obsessive one who cuts her hair just like her daughter to the stoned-out one who makes her badly behaving daughter seems so much tamer to the perfect mother who rules the roost with an iron claw and expects everything to be as perfect as she is.

What did become apparent quite early is how the stereotypes of women were flashed up. The film starts with a narration telling us just how hard mothers work at Christmas, that they do all the work, buy all the presents, do all the cooking and cleaning and generally, without them, Christmas wouldn’t happen. The first film tried to dismiss the myths of being a school mum whereas this then turns its back on its original views and within five minutes tells the audience that men are just as useless at Christmas as they are all year round, that they are only good for sex. Breaking down the sexual stereotypes is something this film is far from being interested in. 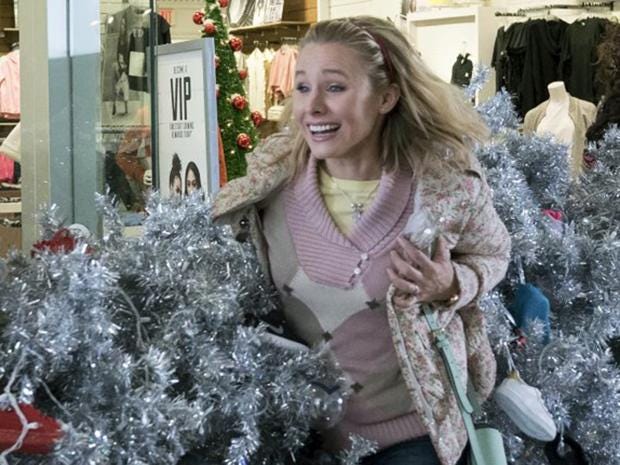 The jokes this time are thin on the ground. One sequence in which Carla has to wax a male stripper’s genitals is amusing but then things become increasingly uncomfortable when that same stripper comes to a family home on Christmas Day and performs his routine in front of the whole family, including the children! The three leads have their moments but on the whole, they aren’t allowed the freedom as last time. Where the laughs come from is one of the mothers.

Mila Kunis, Kristen Bell and Kathryn Hahn are back and they do have obvious chemistry but the script isn’t strong enough for them to shine. The three newcomers are the ones who bring the humour. Susan Sarandon, as Carla’s mother, is given less to do than the others, just expected to act stoned, which she is far better than that. Cheryl Hines is Kiki’s mother with the creepy obsession for her daughter and it is quite uncanny how much she looks like Ms Bell. Thankfully, the queen of scene-stealing, Christine Baranski, is on hand to save the movie as the prim and proper Ruth, a woman who believes her grandchildren would have a better time watching the full five-hour version of The Nutcracker than at a trampoline park. She spits out venomous one-liners with confidence. 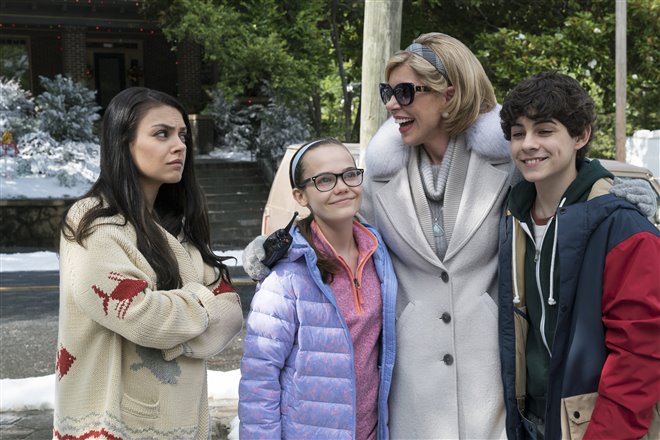 A Bad Moms Christmas isn’t a total disaster but those looking for that same heart and charm the first one had underneath the swearing might struggle to find it this time. It’s been replaced by sickly sentimentality and a lack of genuine jokes. Let’s hope that if there is a number three, they don’t release it for a while and allow a better script to be produced.