Written by: Gillian Flynn, Steve McQueen and (based on ‘Widows’) Lynda La Plante

It’s been five years since British director delivered the awe-inspiring 12 Years a Slave. With a handful of awards to his name, it comes as something of a surprise that his latest film is a big screen adaptation of Lynda La Plante’s popular TV heist series from the 80’s, Widows. Yet why should we be so shocked? McQueen has only made three films, all very different and yet all equally exceptional, so instead of pigeonholing himself in one genre, he is out to prove he can handle anything. He can now add a fourth movie to his CV that is just as outstanding. 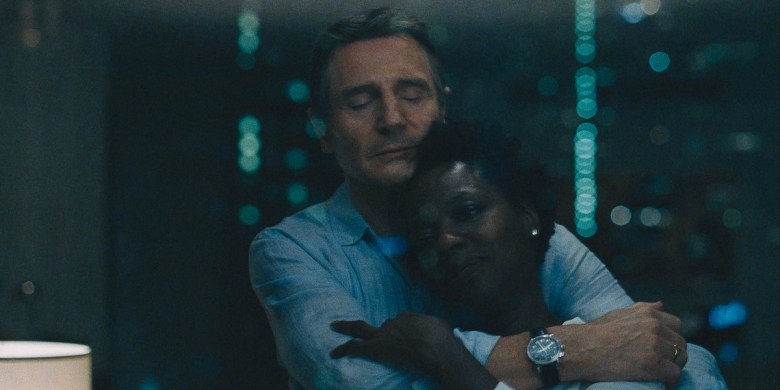 Harry Rawlings is a career criminal who is killed, along with his gang, in his latest heist. The money he has stolen belongs to alderman candidate Jamal Manning. With the election coming soon, he wants his $2 million back and so he turns to Rawlings widow, Veronica, giving her one month to get the money. Without a hope in raising that much money, she discovers a secret book her husband kept with plans for his next job, including ground plans to a building that holds $5 million. Needing help, she turns to the widows of the gang, all needing the money as much as she does.

It would have been very easy for McQueen to give us a straightforward heist thriller but instead, he has created a complex tale that works on several levels, whether they be comments on gun laws in America or a film for the #MeToo generation. Whatever his ideas, this is a film that starts off with an impressive bang and builds to an equally impressive finale. The opening, in particular, which shows the getaway from the heist that has gone wrong from the back of the getaway van, throws you right into the action and doesn’t give you a minute to catch your breath.

From that moment on, you know you are in the hands of a master filmmaker who knows exactly how to use cinema. Not only that, he is a terrific storyteller, manages to juggle several story strands without ever dropping the ball once, whether it be Veronica’s plotting for the crime, or the alderman elections, in which candidate Jack Mulligan, the son of the former alderman, walks around with an arrogant air and yet is fearful of his opponent, Manning. In the mix is Manning’s brother, Jatemme, a vicious psychopath whose presence hangs over the whole proceedings.

What also helps is that the script never once talks down to the audience, moving neatly from one story of this ensemble cast to another without ever confusing or complicating matters. It also has enough twists and turns to keep the interest right up to the very last frame.

McQueen also fills his film with top-notch actors all giving the best they can. Viola Davis, fresh from her Oscar win in Fences, takes control as Veronica, a woman pushed to the edge of desperation and yet still keeping a cool head, even when things become increasingly tense. She is like the mother figure of the whole film. Ably supported by Michelle Rodriguez, Cynthia Erivo and the brilliant Elizabeth Elizabeth Debicki, these are four women not to be messed with. The males also come out well, with Colin Farrell as sleazy as can be as crooked politician, while Robert Duvall still impressive even in a smaller role. It is Daniel Kaluuya as the violent thug, Jatemme, who almost steals the film from everyone.

Widows is an impressive and powerful thriller that grips from the very start and keeps hold throughout. It also places McQueen alongside the best of British filmmaking talents and I just hope he doesn’t take another five years till we see his next work.