Hold the front page! Seth Rogan stars in a new comedy that is genuinely funny! Now, I know that some like the Canadian actor and when he plays it straight, he does some excellent work. However, when allowed to improvise and given room to do his own thing, Rogan has never been comedy king in my eyes. His crass, stoner style is usually a mass of F-bombs or derogatory comments that fall flat on their face. How refreshing it is to announce that Rogan’s latest, Long Shot, is a hit and he is funny!

Fred Flarsky is a reporter who walks away from his job after it’s bought out by media mogul Parker Wembley. Jobless, he has a chance meeting with Charlotte Field, secretary of state to a president who is a former TV actor with bigger dreams. Charlotte is a future presidential candidate and needs a scriptwriter. She turns to Flarsky, who she used to babysit when they were younger. While their working relationship grows, so do feelings for each other.

While the plot is nothing that hasn’t been done before, the film manages to do something most unusual for a comedy these days. It manages to be funny. What director Jonathan Levine manages to do is juggle a variety of comedy styles, making it almost impossible to pigeon-hole to place it in one genre. One part slapstick, one part screwball, two parts satire, two parts gross-out, three parts rom-com.

Yet with so much going on, you’d expect it to clash and fail to work, yet it does. From the opening scene in which Fred, escaping from neo-nazis, dives out of a window to crash painfully into the roof of a car, you wonder if you’ve walked into a live action Tom and Jerry cartoon. The slapstick happens sporadically, as the tone turns to gentle pokes at the politics of today, with a President who only wants to run for one term as movies are calling. Add to that a media mogul who may have a passing resemblance to Rupert Murdock.

The main frame is the romance and an unlikely love story between sophisticated, powerful woman  Charlotte and grubby, clumsy and stoner Fred. Everyone can see this is not a relationship that should work for any political ambitions yet Charlotte finds a new lease of life with her former neighbour. Throw into the mix a touch of gross-out comedy similar to that found in American Pie, and you have a surprising blend that really does work. 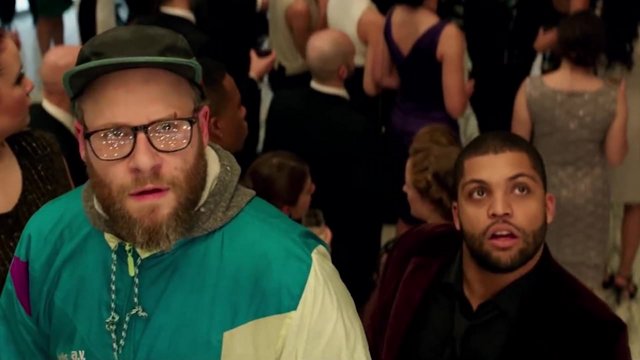 Another reason for its success is the characters. Instead of just thinly sketched people who flit in and out while we concentrate on the two main protagonists, this allows the supporting roles room to develop, and they help with the laughs. The chemistry between these creations works exceptionally well. You care about Charlotte and Fred, but that is aided by being surrounded by others who are given enough room to be funny themselves.

Sidekick Maggie Millikin, a stiff, professional aide to Charlotte, played by June Diane Raphael, almost steals the film and is closely followed by O’Shea Jackson Jr’s Lance, Fred friend, who fires a sharp line or two and delivers it with such energy you feel exhausted just watching him. An almost unrecognisable Andy Serkis proves just how good he is at engulfing himself in character as Wembley. 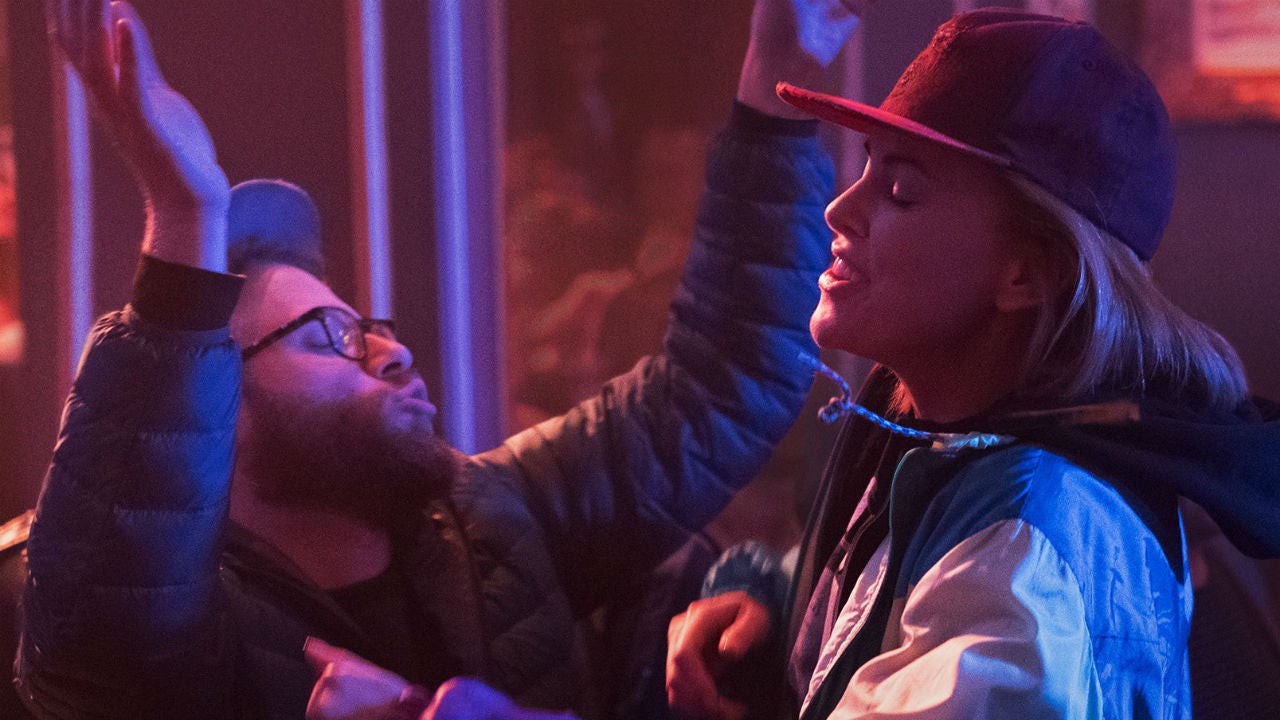 As Charlotte and Fred, the unlikely double act of Charlize Theron and Seth Rogan are both terrific. Rogan finally manages to mix his usual low-level comedy with pathos and an untapped ability at being romantic. It works thanks to his co-star Theron being so good, showing she is more than just a serious actress. Theron has done comedy before but never this broad, and she is a revelation. 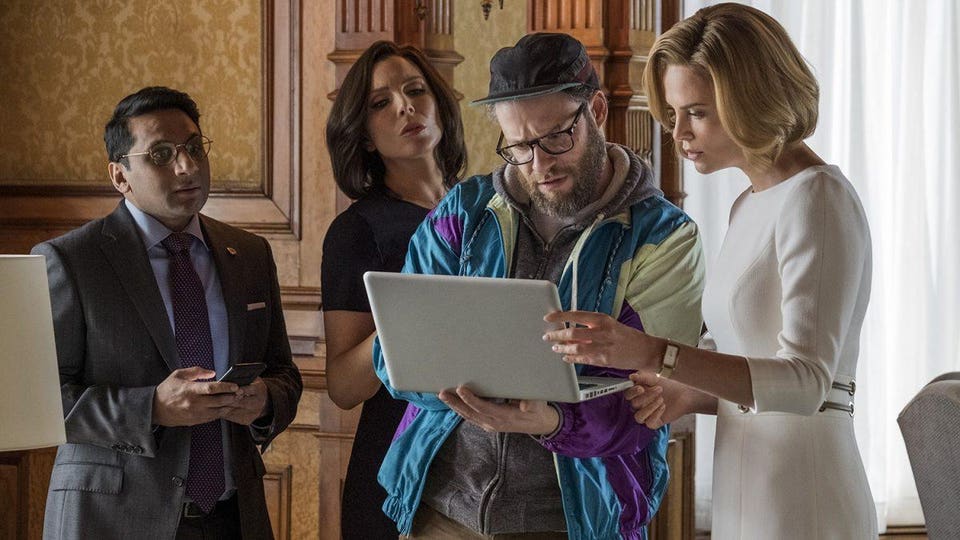 If there is any criticism to be had, it’s that the satire isn’t sharp enough and it is slightly too long but for a modern comedy, it is consistently funny, and you really don’t mind spending time with the characters, even if it does get very cheesy by the end. Long Shot is a crowd-pleasing joy and is hugely entertaining.