It’s twelve years since the release of Superbad, the teen comedy about three friends trying to make it to a party and become the popular guys. Produced by Seth Rogan and Evan Goldberg, they possibly could see that the film has legs for them to create a similar movie, only this time the three leads are sixth graders, and the purpose for this journey is a kissing party. Keep all the elements: drugs, drink, sex and swearing but make a 10-year-old say and do the things. Oh, the hilarity!

Max, Lucas and Thor are the Bean Bag Boys, best friends who do everything together. They may not be the coolest kids in school, but they enjoy each other’s company. Max has a crush, and when he is invited to a kissing party, with the girl of his dreams attending, he has to learn one thing: how to kiss. Using his father’s drone to spy on his neighbour, a teenage girl, the day turns into a nightmare involving getting the drone back, transporting drugs, crossing a highway just to get to a party.

The film starts off with promise. These three hapless kids, living their lives on the values that are important to them and being innocent to the darker areas of life. It then decides to throw them into that dark world, where one of the boy’s parents have an array of sex toys, none of which they’ve ever seen before and think they are something else. For Max to practice kissing, they get the CPR doll in Thor’s parent’s room…except it’s not a CPR doll! This is a one-joke movie stretched out over 90 minutes. These are ten-year-olds with the mouths of the guys from Superbad. The problem is, while at first, it’s funny, after a while the joke runs thin. The same with everything else in this movie. If it happens once, it will happen a few time, as if each laugh needs to be hammered home again and again. They struggle with child-proof drug bottles. Funny the first time but not so after the third or fourth time.

There are flashes of inventive comedy here, but they are merely flashes. The trouble is, there are moments when you find yourself more uncomfortable watching than laughing. A cameo from Stephen Merchant, turning up at the boy’s home to buy a games card makes you shiver. It doesn’t exactly cross the line, but it balances pretty close to the edge.

The casting is somewhat strange too. Jacob Tremblay, so good in Room and Wonder, just doesn’t look right for this movie. He seems far too angelic to be dropping the F-bomb every five seconds. Brady Noon, as Thor, is just plain annoying with only one level of volume to his delivery, while Keith L. Williams is the only one who walks away with any comic merits and is far the best thing in the film. 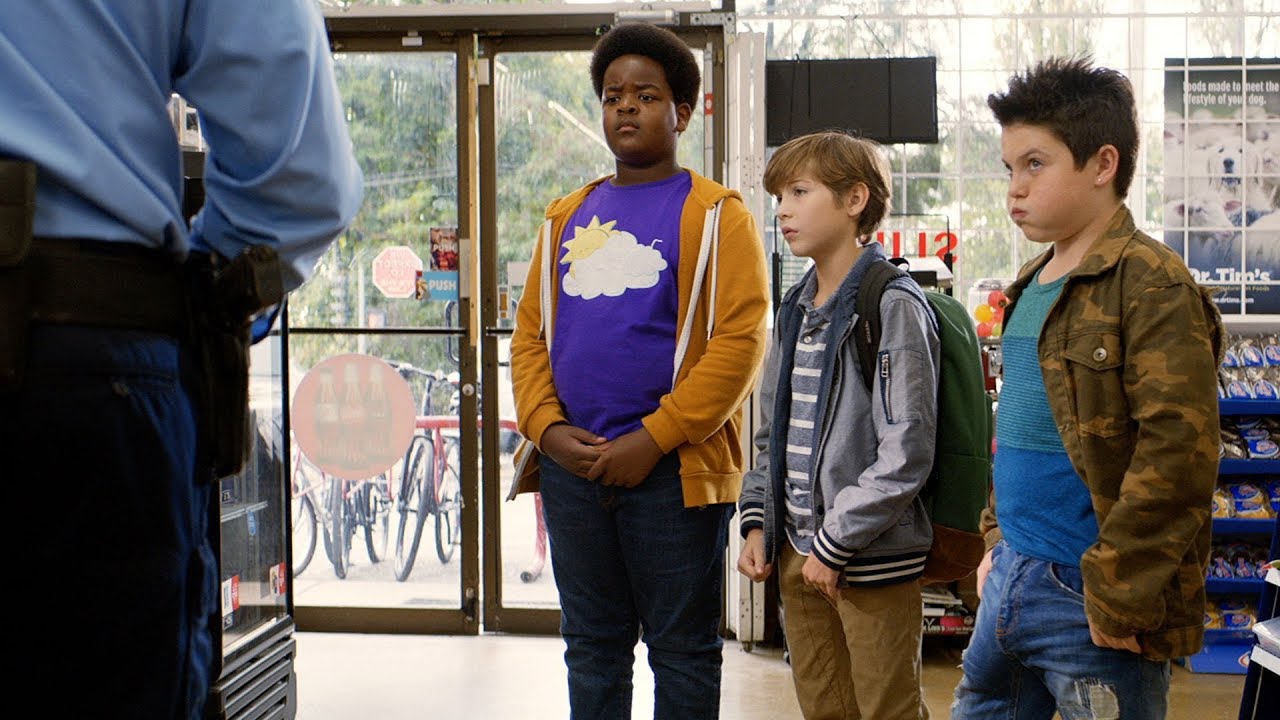 Good Boys has its moments, but they are few and far between. I like my comedy to be dangerous occasionally, but this just made me squirm in my seat. I did laugh at a few scenes but Superbad 2019 this sure ain’t.