There is no denying that the “Has Fallen” series have not been that great. Olympus Has Fallen, in which a terrorist attack on the White House was crushed by the similar release White House Down. London Has Fallen was so laughably bad, it looked like the effects had been done on an Apple Mac. Which means that the latest adventure for Secret Service Agent Mike Banning was always going to be approached with very low expectation. Yet something has happened to the series. Someone realised that this is ludicrous, and so it must be played with tongue rammed in cheek. It does the film a massive service.

Mike Banning is suffering the years of protecting the President, that he has been put forward to become Director of the Secret Service, a desk job, by President Trumbull. On a fishing trip with the World Leader, they come under attack, leaving Banning and Trumbull the only one alive. Evidence points to Benning who goes on the run to prove his innocence and to find the men who have set himself up. Trumbull is in a coma. Vice President Kirby convinced Banning was paid by the Russians and wants to go to war, Banning’s time is running out and has to turn to his most unlikely ally: his long lost father.

Those thinking that things have changed dramatically fear not. This is still a mess of a movie. The set pieces still look like the effects have been created by a kid in his bedroom. What it does do is soften the nastiness. The previous films, especially London Has Fallen, was a film that left a bad taste in the mouth as the terrorists were stereotypes and the dialogue was often racist. Here the villains aren’t terrorists a sense and the story has tinges of a leader looking for an excuse for a fight. Sounds familiar?

Where the film has a winning card is the relationship between Banning and his father, a man who, since the Vietnam War, left his wife and son to hide from the world, living rough and protecting himself from the conspirators of the world. These scenes lift the film from more than just another mindless action film, instead, creating character development and a sense of fun.

The performances are typical for the Fallen films, with tough baddies speaking in gruff tones. Morgan Freeman is the President is, Morgan Freeman. Danny Huston has fun chomping at the scenery as the leader of a security company as does Tim Blake Nelson as the power-hungry Vice President. Yet it is Nick Nolte, looking like a drunk Santa Claus, who steals the film. It doesn’t matter you cannot understand a word he says, he is having fun.

Returning as Mike Banning, Gerard Butler, looking a lot older and slightly bigger than previous films, is finally allowed some room to act and his scenes with Nolte are enjoyable enough to forgive the rest of the nonsense. 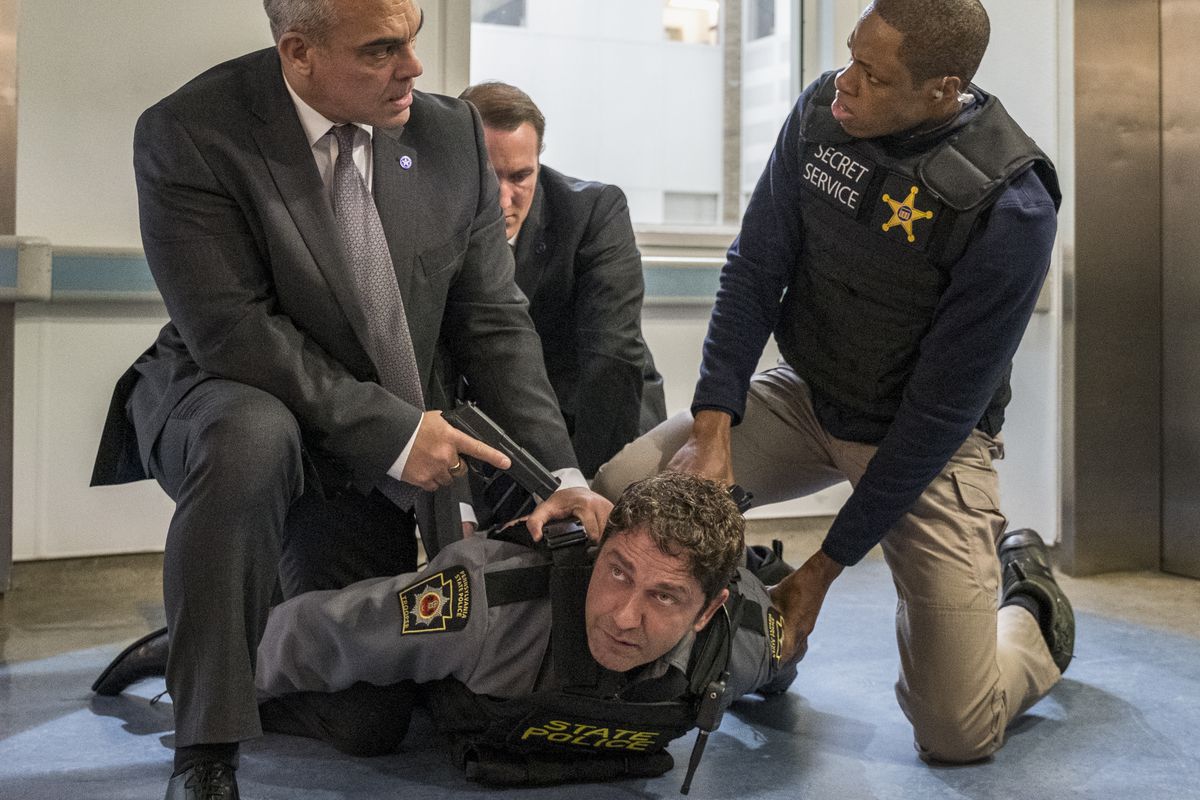 Still not a patch on Die Hard, the film that it longs to be but it is a massive improvement on the previous films. However, it’s time for Banning to hang up his Secret Service badge as there isn’t much else that can fall.